THE PERFORMANCE | It can be tough to sympathize with Madeline Martha Mackenzie. As we’ve seen throughout Big Little Lies‘ run, she can be judgmental, petty and, frankly, downright mean. But in the HBO drama’s latest installment, Witherspoon managed to make us feel profoundly sad for the Monterey mom, as Madeline began to unravel while her marriage did the same.

When the hour began, Madeline did what she does best when confronted with hard truths: She got defensive. In a marriage counseling session with Ed, Madeline shot down opportunities for self-reflection, and Witherspoon stole the scene as her character became increasingly indignant.

As the episode wore on, though, we saw how deeply Madeline’s heartache really ran — and in small moments, too, like the devastated look on Witherspoon’s face when Madeline found Ed laughing with Bonnie over coffee. Each time Madeline appeared on screen, she seemed a bit more conflicted, realizing that many of her adult relationships have lacked real depth.

But Witherspoon saved the best for last: When Madeline took the stage at a school assembly, her argument about climate change quickly turned into a meandering, teary-eyed monologue about how “there aren’t a lot of happy endings for a lot of people, you know?” As Madeline’s point got more and more muddled, Witherspoon unpacked all of the angst her character had been internalizing, masterfully moving from anguished sobs to wide-eyed panic. The breakdown was no doubt embarrassing, and we sorta wanted to look away — but with a performance that good unfolding before us, how could we? 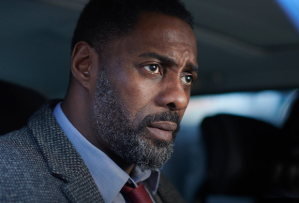 HONORABLE MENTION | Midway through Luther’s Season 4 and series finale, someone asks the titular DCI: “What’s happened to you, John?” The answer is a lot, as conveyed by how Idris Elba now carries himself — especially compared to earlier years. In the final hour, Luther has again been hoodwinked by George, Schenck is after him, he’s coaxing DS Halliday to break rules (and unwittingly leading her to slaughter), and nutty Alice is dogging him good. “It’s just words, isn’t it?” he asks his stalker, while bleeding from a gunshot and nearing their final showdown. “Just words to justify what you really came her to do — to free yourself from this, from me, from you.” Elba, capping his portrayal of the lawman, presents Luther as justifiably weary and desperate to wrap up this facet of his life. But when Alice refuses to let him save her and instead fatally plummets from scaffolding, Idris’ eyes and dropped jaw register John’s defeat. 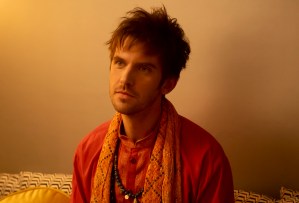 HONORABLE MENTION | Legion‘s final season finds telekinetic mutant David Haller as the leader of a far-out hippie commune, and Dan Stevens was hilariously blissed out in this week’s premiere as he welcomed time traveler Switch into his flock. Clad in flowing scarves and beaming with quiet serenity, this New Age-y David was a far cry from the frantic, tortured David we’re used to seeing, and Stevens’ laid-back delivery added a nice comedic punch, like when he calmly told Switch he tried trusting people, but “it’s better to read people’s minds.” Stevens also showed off his action chops, storming through a couple of high-intensity fight scenes that set up the major battle ahead — but honestly, we’d be happy just sipping tea and listening to the Zen wisdom of the Magic Man. 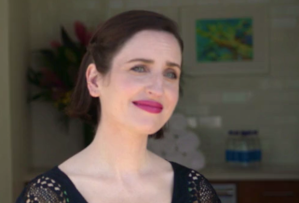 HONORABLE MENTION | No matter how toasty it gets this summer, we must remind ourselves that the air will never be as a dry as Zoe Lister-Jones‘ line delivery — and that is the thing we will miss most about the just-ended Life in Pieces. In the first of this week’s two episodes, ZLJ was on fire as Jen delivered wry commentary on Greg’s desperate need to one-up his brother by springing for a poolside cabana in the Bahamas. “Always fun to come in right under ‘magazines,'” Jen quipped as Greg gave niece Sophia the grand tour. And when Jen regarded their tropical surroundings, saying, “Greg? Remember our honeymoon? [Beat] You were there”?  We chuckle every time. Bittersweet fact: Our Dream Emmy ballot this year had a slot saved for Lister-Jones, but she sadly didn’t submit herself for consideration. So this Honorable Mention must suffice.