Jessica Pearson is striking out on her own with her eponymous Suits spinoff this July, and she’ll be doing so with an ensemble of new coworkers at the Chicago mayor’s office. But what about her friends back in New York City? Could some of Jessica’s former colleagues migrate over to the offshoot when the long-running USA drama wraps up its run this year?

“My gut reaction is, I don’t really see any of the Suits characters being regulars on the spinoff,” executive producer Aaron Korsh tells TVLine. “It’s a different tone, it’s a different world, and I don’t see it. It doesn’t mean that couldn’t change.” 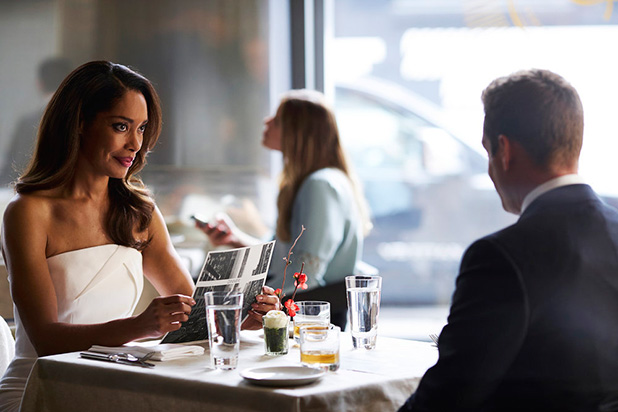 As someone who has already visited the Windy City in the backdoor pilot, Harvey is an obvious and well-suited candidate for a guest spot. And Gabriel Macht agrees that “it would be great” to drop by star Gina Torres’ new digs, but he’s not sure how it would work. “I don’t know if Harvey really fits in that world,” Macht confesses. “Maybe there’d be some opportunity to do something… My hope is for the Suits fans to go and start watching Pearson. That would be excellent. If those fans really, really want to see Harvey come in there and try and fix a few things, that would be fantastic. But this is her show, and she’s got a great cast.”

Plus, there are logistics that would need to be ironed out to bring the lawyer to the spinoff. “It’s all going to depend on timing and where I am and what I’m doing, what’s going to work out as far as what’s right for my personal life and all of that,” Macht explains. “But I’m super psyched to see what they’ve done.”

Which Suits character would you most like to see on Pearson?