New beginnings began anew on Monday with the premiere of The Hills: New Beginnings, MTV’s long-awaited (and bizarrely edited) revival of its classic reality soap opera.

We entered New Beginnings with two burning questions: First, will any characters discuss The Hills‘ original finale, which revealed the entire series to have been scripted? And perhaps more importantly, how does former O.C. star Mischa Barton fit into this equation? (We also have endless questions about the show’s decision to credit Barton as “introducing,” but those feel like off-camera discussions.)

Monday’s all-over-the-place premiere (titled “I Don’t Hold Grudges… JK!”) answered one of those questions, but like all timeless works of art, it also presented us with a slew of fresh head-scratchers. For example: How did Michael Strahan and Sara Haines wind up hosting this after show?

To sort through all the madness, here’s a rundown of everything we learned in New Beginnings‘ debut hour (and seven minutes):

* Now a divorced single mother, Audrina Patridge has had a “crazy couple of years,” all of which she recapped during a totally organic conversation with Heidi Pratt and Whitney Port on the first night in her new home. (You’ve got to appreciate Audrina’s priorities: This girl hasn’t unpacked a single box, yet she’s already hosting get-togethers with frenemies she hasn’t seen in nearly a decade.)

* Audrina also “can’t shake” her lingering feelings for Justin Bobby (aka the ’90s John Stamos of reality television), which led to an uncomfortable non-date in the first hour. Audrina’s mother, presumably a licensed healthcare professional, advised her daughter to “use, like, 30 condoms” if they decided to have sex.

* Speaking of moms being moms, Pamela Anderson is adorably close with her 23-year-old son Brandon Lee, a childhood friend of Brody Jenner’s. For the record, Brandon doesn’t think of her as a sex symbol. Now, he just thinks of her as someone who “moved to France when Trump got elected and was like, ‘Peace out!'”

* Despite projecting an image of inner peace, noted crystal aficionado Spencer Pratt remains at odds with his sister Stephanie, who has returned to Los Angeles from London (new accent explained!) to repair the bridge of their relationship — which she’ll probably refer to as their “London Bridge,” because she’s British now.

* Speaking of Spencer, he revealed that he would “love to be famous again.” Hold for audience gasps.

* Brody and his “nightmare” wife are having marital problems, none of which have to do with the fact that she shares a name with his father: 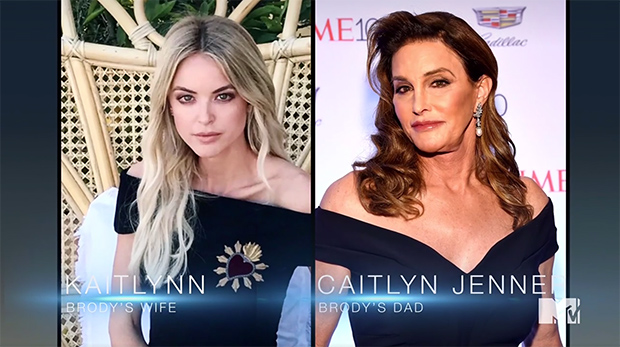 * We sort of got an answer to the Mischa Barton of it all. She’s friends with Stephanie. They attended the London Royal Academy of Fake Accents together.

* For a show filmed in 2019, New Beginnings references Perez Hilton a lot.

What’s your take on The Hills: New Beginnings? Grade the premiere in our poll below, then drop a comment with your full review.