THE PERFORMANCE | “Unstoppable together” is the theme of Jemma Simmons and Leo Fitz’s fortitude in the face of any and all adversity. It also describes the teamwork of Henstridge and de Caestecker when presented with anything close to the heavy lifting they did this week, in the FitzSimmons-centric “reunion” episode.

Snappy, sometimes sassy banter has always been the scientists’ trademark, and in navigating the mind prison built by Atarah, they shared all manner of verbal volleys — whether trapped in a closet by the ghoulish manifestation of Jemma’s anxieties (“It’s been a rough year!”) or recounting the tortures suffered at the hand of one another’s shadow selves (“The true you just cut my heart out, with a bone knife!“).

Henstridge and de Caestecker, in this very special hour, also were tasked with slipping back into younger versions of their characters, dating back to their academic days and then their eventual recruitment by Agent Coulson. In addition to playing their monstrous alters.

And while all that is very fun and very good, the scene partners’ strengths also lie in their ability to register emotions both subtle and loud. Watch de Caestecker as the magnitude of realizing Coulson died nearly KOs Fitz with its gut punch. Or Henstridge, when Jemma, tears streaming down her cheeks, is unable to halt the flashback moment that will reveal to Fitz that they got married in his “absence.”

Capping this tour de force two-hander was a final, epic argument inside the containment pod, where they aired new issues as well as old issues anew. “All my damage comes from you!” bellowed Jemma. “Well, all my pain comes from you!” responded Fitz. Behind every charged exchange, however, was that impervious FitzSimmons love. “I’ll save you every time or die trying,” avowed Leo, to which Jemma added, “Me too — because I love you!”

Consuming the couple’s latest odyssey was, as Jemma herself said, exhausting. But in the very, very best ways. 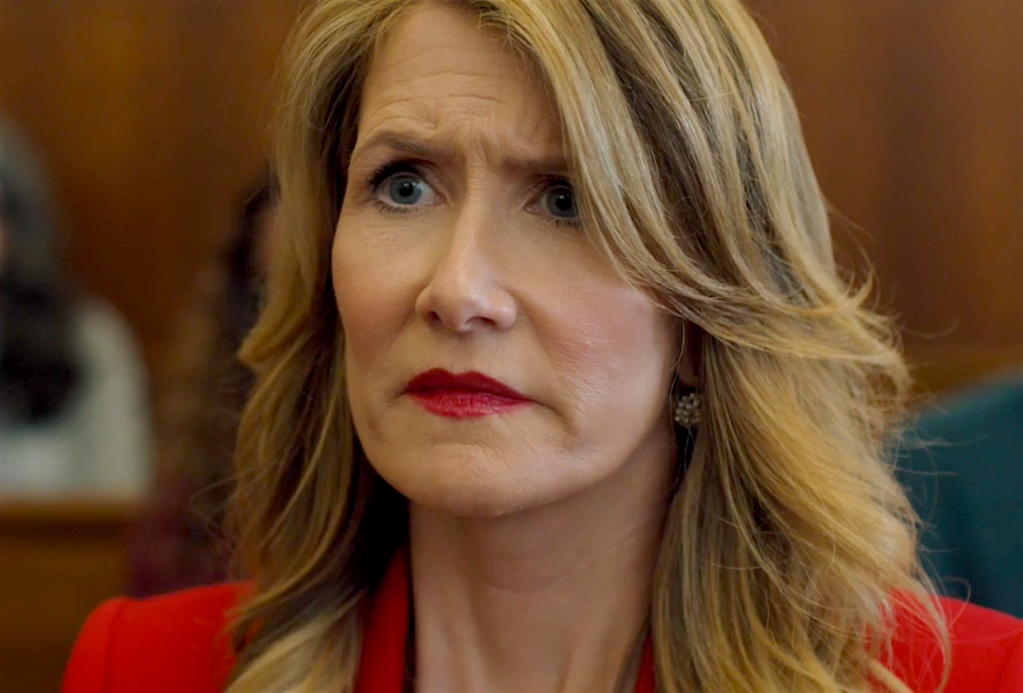 HONORABLE MENTION | Hell hath no fury like a status-obsessed woman losing all of her wealth in an instant, and Big Little Lies‘ Laura Dern was furious indeed this week, as Renata saw her husband Gordon get arrested for insider trading… and also saw her luxury lifestyle vanish before her eyes. Dern’s rage was practically incandescent as Renata violently stabbed her finger in the air at an imprisoned Gordon and snarled, “I will not not be rich!” Dern managed to add a kooky comedy to Renata’s suffering, too, like when she angrily kicked Gordon out of her Tesla and zoomed off, her middle finger held up high through the sunroof. In a quiet nighttime cuddle with daughter Amabella, though, Dern revealed the deep emotional toll this crisis is having on Renata… and getting us to sympathize with a monster like Renata might have been Dern’s most impressive feat yet. 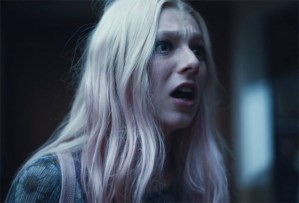 HONORABLE MENTION | Though Euphoria is really the story of Zendaya’s Rue Bennett, we couldn’t take our eyes off Hunter Schafer during the HBO drama’s series premiere. As transgender high school student Jules, Schafer was completely magnetic, effortlessly bringing us into Jules’ world of self-doubt and questionable decisions. And she did most of that without ever saying a word; Jules’ inner turmoil was clear from the horror in her eyes after that motel room hook-up, or her quivering lip as Jules was taunted by truly awful rich kid Nate. And when Jules finally retaliated, eyes filled with glee as she realized she could make a bully fear her? That’s when we were completely sold — and eager to see what Schafer will do next.