Project Runway wrapped up its first season back on Bravo with perhaps one of the tightest finale competitions in its history. Let’s review how the final three designers’ collections measured up:

GARO | Guest judge Diane von Furstenberg nailed it when she told Garo, “The waist is definitely your obsession.” The highly corseted collection drew mixed responses from the judges, who liked the effortless, modern style of some of the dresses, but questioned the tailoring. The wavy zipper on Kate’s corseted dress, which Garo had to take in seven inches, got hit especially hard. (For the record, he had me until the last two looks.)

SEBASTIAN | Unsurprisingly, the judges went gaga for Sebastian’s impeccably made collection, with Brandon Maxwell describing it as “incredibly chic,” while Nina Garcia praised the open-weave leather detail. DVF noted that the looks had “a yin and a yang” quality, like “extremely refined street wear.” But they weren’t a fan of the opening outfit for reasons I don’t understand.

HESTER | Elaine Welteroth called Hester a really skilled stylist who sent a vibe down the runway. Her collection started off with an in-your-face, Marie Antoinette-meets-Clueless dress, which was a big hit. But several of the judges thought the second outfit and its print looked like a totally different girl. Hester fangirl DVF, however, disagreed and said the clothes have a humor that says, “F–k you.” And then in what I thought was a telltale moment, DVF told the designer, “If you don’t win, you can work for me.” 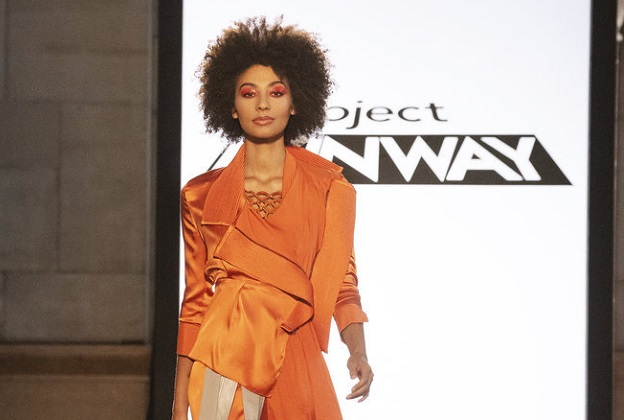 After agreeing to exclude Garo from the conversation — someone’s going to have nightmares about ill-fitting zippers — the judges narrowed the finalists down to Sebastian and Hester. He perfectly straddles the line between art and commerce, Nina noted, while Hester feels relevant and has “an enormous amount of talent,” per DVF. So who went home with the prize? Doing away with the drama of eliminations, the judges simply declared the winner to be… Sebastian!

Do you think the right designer won Season 17? And which looks were your favorites? Vote for your contestant of choice below, then drop a comment with your thoughts on the finale.