Titled The Planet Is Burning, the one-hour comedy special will be taped this Wednesday at the White Oak Music Hall in Houston, Texas.

I am vibrating with excitement. Tomorrow marks the end of #ThePlanetIsBurning tour, and we’re gonna shoot it for a one-hour standup special for @amazonprimevideo made with @comedydynamics. Can’t wait to share The Planet Is Burning, with you. 🌎🔥 ➡️ @youthvgov ⬅️ VIDEO directed and edited by @kelsiekiley 💙 The special will be EP’d by me, EP’d and directed by @ryanecunningham EP’d by @kelsiekiley and Produced by @AlisonLeiby Petey Deabreu @pdeezjokes & Nandi Mgwaba @qzulou and a very special thanks to Maria Munn @riamunnster 👑👑👑👑

* General Hospital has tapped Veronica Cartwright (Alien) for a five-episode arc, airing in early July, EW.com reports. No character details about Cartwright’s role are being disclosed.

* Disney+ has released a first look at Chip ‘n’ Dale, which is currently in production on 39 seven-minute episodes that feature the “chipmunk troublemakers in a non-verbal, classic-style comedy.” 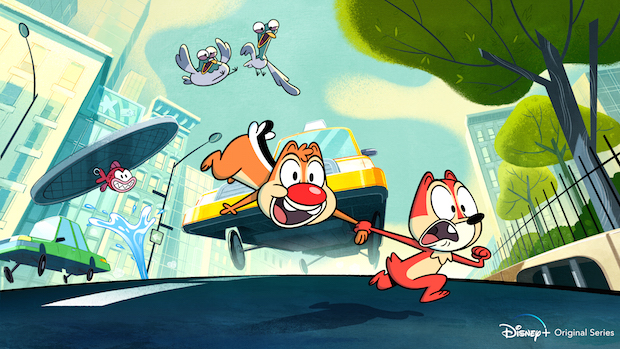