The category is… karaoke realness.

Pose star Billy Porter delivered what may have been the Tony Awards’ most entertaining moment on Sunday night — but it didn’t air during the broadcast.

As Tonys host James Corden explained on Monday’s Late Late Show, he had enlisted Porter (a 2013 Tony winner for Kinky Boots) to do some Broadway-themed karaoke during one of the show’s commercial breaks. Porter, who was immediately game, selected “Everything’s Coming Up Roses” from the musical Gypsy, and frankly, the performance that followed should get its own Tony nomination at this time next year.

As seen in the video above (which is a combination of official CBS footage and cell phone recordings from Radio City Music Hall), Porter didn’t miss a beat when an accompanist joined him on piano, even hitting the big note that seemed to worry him in the song’s high key. 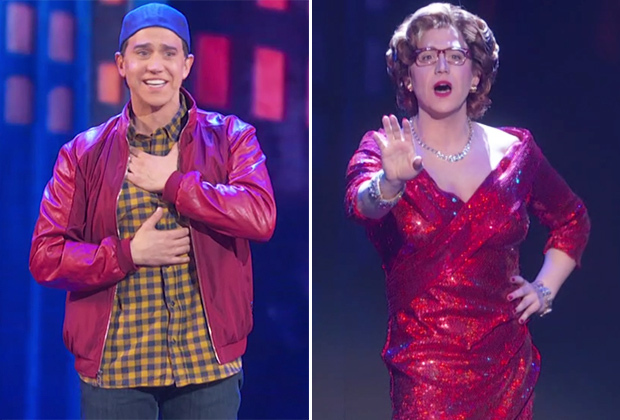 “I didn’t come here to work tonight!” Porter joked after the first verse, prompting Corden to tease, “No, you clearly wanted no one to look at you.” (Fun fact: Porter’s red ensemble was made from the very curtain that used to rise on the Kinky Boots stage.)

Porter ended up singing the full song, strutting onto the Tonys stage and belting the final chorus before earning a standing ovation from the crowd.

“Billy Porter must be the only man in history to get a standing ovation from 6,000 people in the commercial break,” Corden marveled.

Watch Porter’s full karaoke performance above, then drop a comment with your thoughts!