During Designated Survivor Season 3, every time a person brings to President Kirkman’s attention a video of a citizen’s testimonial, what he watches is never an actor reading from a script but actual documentary footage.

Some of the topics covered throughout the 10-episode season (now available on Netflix) include opioid addiction and the exorbitant cost of life-sustaining medicines such as insulin.

“A mother whose child died of diabetes, people addicted to opioids, people who were in a transgender therapy group…. It’s always real,” Season 3 showrunner Neal Baer tells TVLine of the video clips. “When there are people saying to Kirkman why they don’t vote [in the previous presidential election], those are non-actors telling us why they didn’t vote.”

Describing the incorporation of documentary footage into an episodic series as something that is “very different,” Baer explains, “When I was first starting out, I did a pilot with John Wells in 1991 called Night Life, which integrated documentary footage with people who work all night. It was ultimately not picked up by NBC, but I’ve had this bug in my ear ever since.” 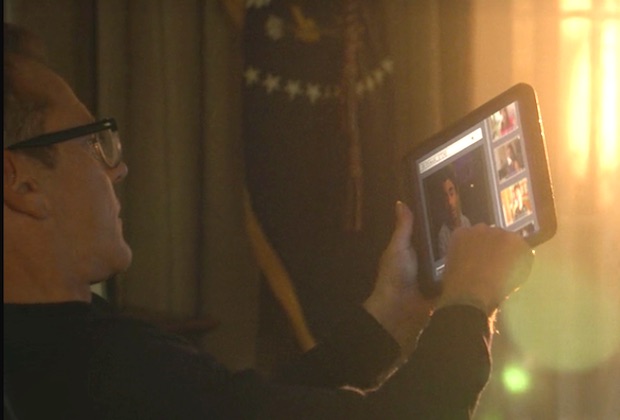 Episode 1 of the new season ends with Kirkman bingeing a slew of videos from generally disenfranchised Americans. From there the videos get more specific, starting in Episode 2 with an American woman who tearfully describes her sexual assault as a 13-year-old bride. Building off of a public relations snafu in which Kirkman unwittingly posed with a Saudi and his child bride (assuming the girl was a daughter), the episode proceeds to expose hard truths, including how child marriage is legal in all of the United States but two (Delaware and New Jersey).

“I haven’t met one person who knows that the child marriage rate in the United States is sort of equal to what’s going on in Saudi Arabia,” says Baer. “That was why that episode is about assumptions, like, ‘Oh, my gosh, it must be worse,’ and actually it’s not. These are all real facts and figures that are supported by the data we have.”

Baer in fact shared said data with series consultant Eric Schultz, who served as Deputy Press Secretary under President Obama, asking why the issue never grabbed a real-life White House’s attention. “Eric said, ‘It wasn’t on our radar.’ I showed him the figures, and he’s like, ‘Whoa. It wasn’t on our radar.'”

Even if it had been on the White House’s radar, implementing policy to change things, as illustrated on Designated Survivor, would prove problematic and face some surprising opposition. “As [Director of Social Innovation] Isobel says, two of the most liberal organizations, ACLU and Planned Parenthood, were against it,” Baer notes. “And that’s all true. That is all out of California.”