Just over a year after first cryptically alluding to “multiple physical assaults” on the NCIS set, Pauley Perrette has shed more light on her claims — and in doing do put series lead Mark Harmon in the crosshairs.

In a Friday tweet that didn’t appear to be in response to anything in particular, the NCIS alum said, “NO I AM NOT COMING BACK! EVER! (Please stop asking?) I am terrified of Harmon and him attacking me. I have nightmares about it.”

Two hours later, she followed that up with close-up photos of a crew member who, lore has it, was bitten by Harmon’s dog on-set in October 2016. (TMZ reported at the time that the crew member had been “roughhousing” with the then three-year-old pit bull mix, and required 16 stitches for his injury.)

“You think I didn’t expect blow back? You got me wrong,” Perrette’s second Friday tweet read. “THIS happened To my crew member and I fought like hell to keep it from happening again! To protect my crew! And then I was physically assaulted for saying NO!? and I lost my job.”

CBS did not immediately respond to TVLine’s request for comment on Perrette’s June 7 tweets. 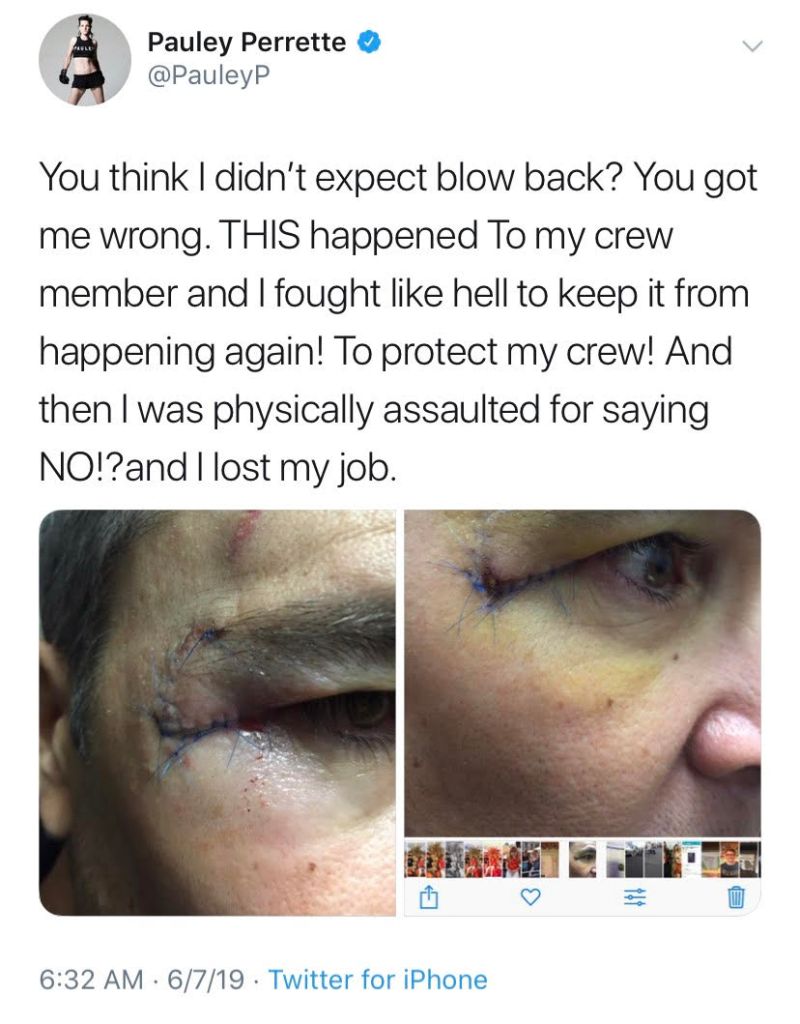 Perrette last appeared in NCIS’ penultimate Season 15 episode (airing May 8, 2018), in which Abby committed herself to following in fallen colleague Clayton Reeves’ footsteps by shepherding a charity for homeless women. Abby shared heartfelt, in-person farewells with everyone on the team… except for Harmon’s Gibbs, with whom she instead exchanged a conspicuously edited ASL good-bye across his front lawn: 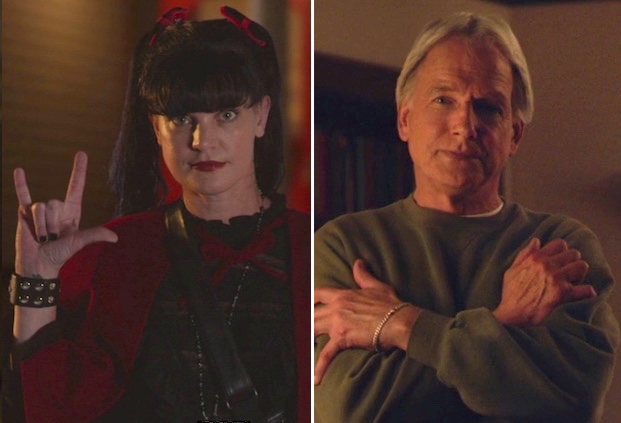 Days after said NCIS sendoff, Perrette alluded on Twitter to “multiple physical assaults” on the CBS drama’s set, but declined to go into any detail. “I refused to go low, that’s why I’ve never told publicly what happened,” she wrote then. “I’m trying to do the right thing, but maybe silence isn’t the right thing about crime.”

She also claimed that a “very rich, very powerful publicity ‘machine'” was “keeping [her] silent,” and yet she cryptically maintained: “He did it.”

CBS at the time responded with a statement saying, “Over a year ago, Pauley came to us with a workplace concern. We took the matter seriously and worked with her to find a resolution. We are committed to a safe work environment on all our shows.”

Perrette is set to return to CBS in 2020, starring alongside Jane the Virgin‘s Jaime Camil in the midseason comedy Broke.