When Dr. Neal Baer signed on as showrunner for Designated Survivor Season 3, there was an “executive order” of sorts from series star Kiefer Sutherland.

“Kiefer said, ‘Neal, just one thing: I do not want this to be any more like 24, where Kirkman, you know, saves the world from a tsunami,'” Baer shared during a visit to TVLine’s New York office. (For the uninitiated, that tsunami thing actually happened, in Season 2.)

Baer of course has estimable TV credits behind him, including ER (where during its heyday he served as an executive producer and writer) and Law & Order: SVU. So upon hearing Sutherland’s wish, “I said, ‘Well, OK. How about your dead wife had a brother who is now your sister-in-law?’ He said, ‘Go for it.’ And so we do.” 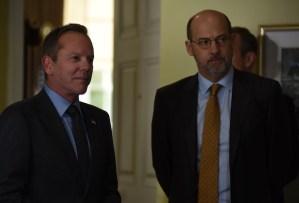 President Tom Kirkman’s trans sister-in-law (played by Sense8 alum Jamie Clayton) is but one of the many  and varied storylines Baer keeps spinning throughout Season 3, which arrives on Netflix this Friday, June 7, following the political drama’s two-and-done ABC run. All told, Baer says that his take on Designated Survivor is a hybrid of The West Wing and ER (the actual originator of the Walk-and-Talk, he posits) “with a little SVU in it, too.” The Law & Order offshoot is perhaps most evoked when the topic turns to child brides in not just Saudi Arabia but also the United States (where it’s legal in every state but two).

Meanwhile, on the ER front he brought on no less than Anthony Edwards to play Mars Harper, a D.C. politics journeyman who serves as White House chief of staff while Kirkman digs into his election campaign. That particular bit of casting “gives us an expert on doing oners and walking quickly through hallways,” Baer notes.

Casting was Baer’s first order of business upon being tapped as Designated Survivor‘s fifth showrunner since ABC ordered the series in May 2017. In addition to deciding who from the previous two seasons stayed or went, “I got to thinking about what new characters we would need to tell the kinds of stories that Netflix would encourage us to do.” 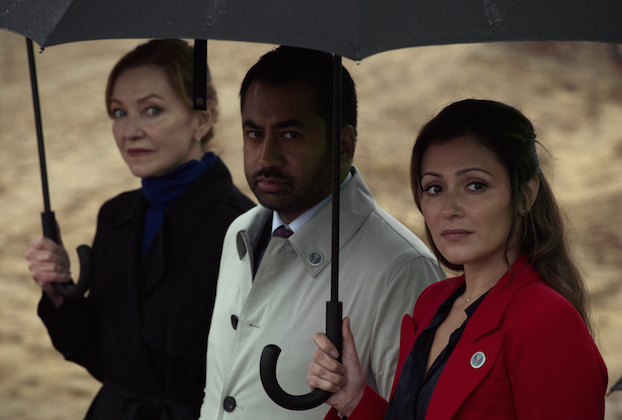 The ABC/Netflix difference comes up again when Baer sings the praises of another addition, Grace Under Fire (and yes, SVU) alum Julie White, who from the six new episodes TVLine has screened is arguably Season 3’s MVP, as acid-tongued campaign manager Lorraine Zimmer. There’s also Benjamin Watson (The L.A. Complex) as Dontae Evans, a White House Digital Officer who, as a gay black man, brings to light vital issues (Baer, a physician, says he is “concerned about the growing rate of HIV amongst people of color”), and Lauren Holly (NCIS) as chief of staff Mars’ opioid-addicted wife. (“In our country, 400,000 people have died of overdoses, and there are companies involved in this massive scandal,” Baer notes.)

In other words, each newcomer brings with them new kinds of drama. And edgy drama at that. “When I pitched these characters to ABC, they kind of looked at me like, ‘Whoa.’ And when I pitched to Netflix, there were like, ‘Oh, tell me more,'” Baer recalls. “You can go much further, deeper, darker, edgier, and be more realistic, and that was great for us.”

But to be clear, there are many familiar faces on hand as well, and they are given more to do in Season 3 than ever before. 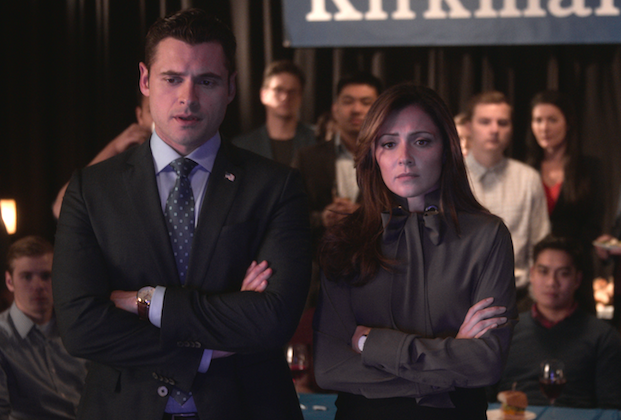 Adan Canto’s Aaron Shore, as revealed in trailers, joins the Kirkman ticket as the country’s first Latino Vice Presidential candidate — a situation that will cause him to question his ability (and perhaps preference?) to pass as white, especially when prodded by White House director of social innovation Isabel Pardo (General Hospital‘s Elena Tovar). Press secretary Seth Wright (Kal Penn) will explore assorted familial ties when not erupting in the briefing room in such a manner that could cost him his job. (Blame #FakeNews!) And former chief of staff Emily Rhodes (Italia Ricci) is very much still in the mix, though not because of the previous showrunner’s end-of-Season 2 suggestion that she was in treasonous cahoots with the villainous Valera. 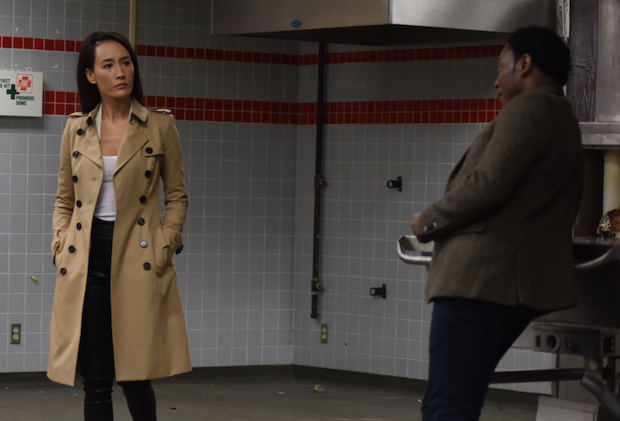 Addressing that teased suspicion of Emily, Baer almost boasts, “We dispense with it mighty quickly,” but in a way that propels Hannah Wells (Maggie Q) on a new, extremely dangerous journey, this time working for the CIA. As for what insidious threat Hannah is on the verge of uncovering, Baer says this: “We have consultants from Johns Hopkins, MIT, and we go into something that is not bulls–t and scares me. And only three things scare me: global warming, nuclear proliferation, and CRISPR [gene editing].” In investigating that, Hannah teams with Dr. Eli Mays (played by When They See Us‘ Chukwudi Iwuji, “who is terrific”). 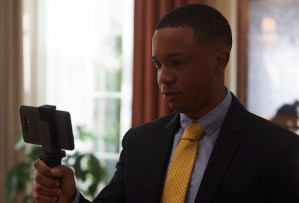 On the far warmer and cozier front, love (or at times an unbridled facsimile) is in the air here and there. Aaron, Emily and Dontae, for example, each get wrapped up in romantic entanglements. Widowed POTUS, however, will be too busy running the country and an election campaign to dip his toe into the dating waters, as he almost did last season with Kim Raver’s character. (That said, Baer smiles, “Who’s to say that this wife Alex doesn’t make some kind of appearance this season…?”)

As for the campaign trail itself, early episodes weave in a series of curveballs that either hamper or bolster Kirkman’s momentum, which is innately hard to come by as an Independent candidate running against conniving ex-POTUS Cornelius Moss (Geoff Pierson) and a businessman stumping for Democrats. The three-way race “allows us to take on the right and the left,” says Baer, as well as delve into the many obstacles an Independent contender faces, as informed by expert consultants such as President Obama’s deputy press secretary Eric Schultz and NYU professor/onetime Nixon Library head Tim Neftali.

Along the way, Kirkman as president will come into conflict with Kirkman the first-time campaigner, as he chooses between issues to champion now… or push to the side in the pursuit of polling points. “The arc for Kirkman this season is: Can a man of integrity, valor and dignity swim in a muddy political stream and not get dirty?” says Baer. “What are the tradeoffs? Can he maintain his honor?”

Thanks to occasional time jumps both medium and small, Designated Survivor‘s 10-episode Netflix run will get to Election Day, but not before Tom “turns to the one person he trusts more than anyone, since his wife passed away — and that is his psychiatrist, played by [West Wing alum] Tim Busfield,” Baer previews. “We were so lucky that Tim was available, and it’s a really incredible performance by Kiefer.”