When Elementary received a surprise Season 7 renewal, showrunner Rob Doherty and his writing staff were presented with the unique challenge of crafting another season after they had already written a sorta series finale.

“We spent most of Season 6 under the impression that it would be our final season,” Doherty tells TVLine. As a result, the EP and his team decide to “settle each character’s story in the final episode,” which saw Sherlock and Joan moving to London, and Detective Bell preparing to join the U.S. Marshals. “It was exciting to make big choices for them, the kind of choices that you can’t make in a normal season.”

But then the series was unexpectedly picked up last May for a seventh season (currently airing Thursdays at 9/8c), which would later be deemed the last one, leading Doherty to look to another CBS drama that was faced with a similar predicament. “I thought a lot about a show that I loved in my youth and watched faithfully until the end. That was Magnum P.I.,” Doherty recalls. “If my memory serves, they went through a similar routine over their last couple of seasons. I believe they thought what ended up their next-to-last season was their last season, and they ended up with one [more season] that none of them was expecting, and they had to not quite hit the restart button, but move a lot of their pieces back onto the board.” 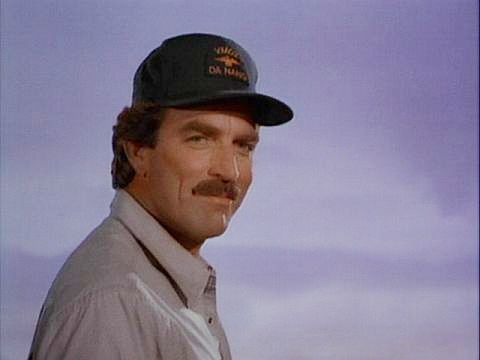 “I didn’t go back and watch the season,” Doherty continues, “but I knew exactly how the second-to-last finale ended” — with a comatose Magnum in limbo, accepting his death — “and I knew how what ended up being the true series finale ended.” (The P.I.’s story wrapped up, for good, with him returning to active duty in the Navy in order to give his daughter a more stable home.)

Seeing how successfully Magnum was able to revive itself, so to speak, “left me with a lot of faith that we could pull it off,” Doherty shares. “I loved that show. I loved both endings for that show. And faced with a similar challenge, we got excited to see if we could do what they did.”

As such, Elementary‘s final run introduces “new threats and new problems” for all of the characters. “In a lot of respects, the bar was raised this year,” Doherty says. “Can they all end up in good places? Maybe, maybe not. I hope everyone tunes in to this season to find out.”