Trekkers, prepare to be sent into orbit. On Thursday — the 25th anniversary of Star Trek: The Next Generation’s series finale — CBS All Access dropped not only the key art for its eagerly anticipated Star Trek: Picard but also the first trailer for the continuation that’ll have Sir Patrick Stewart suiting up once more.

“You led us out of the darkness,” a voiceover reminds the Enterprise’s captain (who’s now apparently taken up the family business and become a vintner?). “You commanded the greatest rescue armada in history, then… the unimaginable. What did that cost you? Your faith? Your faith in us? Your faith in yourself?

“Tell us,” the voiceover concludes, “why did you leave Starfleet, Admiral?” 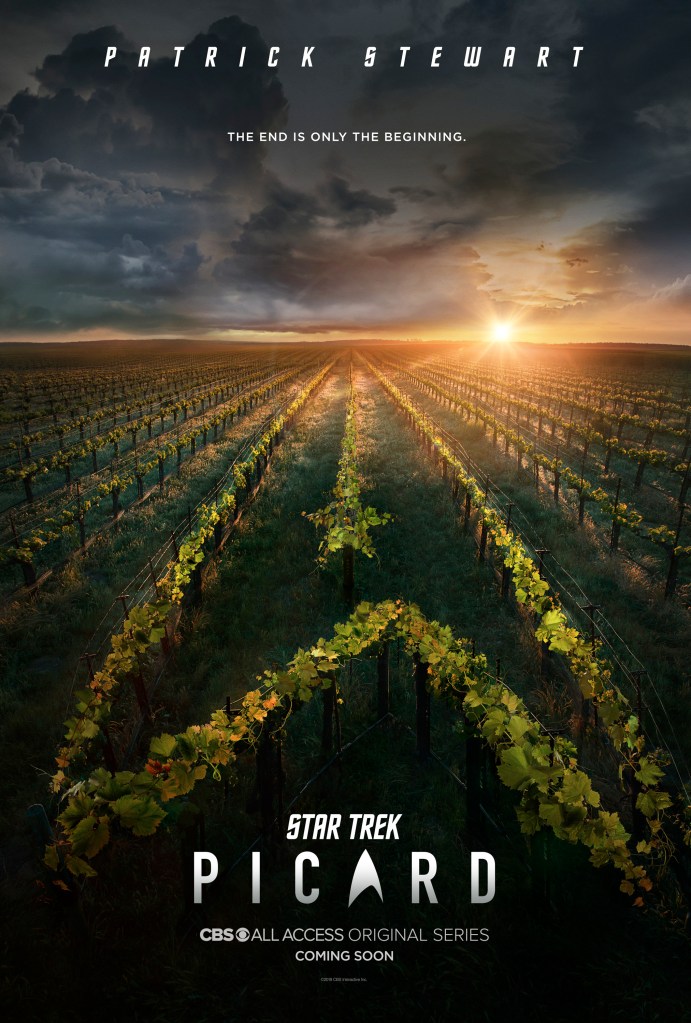 While the goosebumps that the clip is sure to give you subside — if they subside — we’ll mention that in addition to Stewart, Picard will star Newsroom alum Alison Pill, Penny Dreadful’s Harry Treadaway, Heroes’ Santiago Cabrera, Blindspot’s Michelle Hurd and Isa Briones from American Crime Story: Versace. Among the executive producers are Stewart and Star Trek: Discovery boss Alex Kurtzman.

To get a closer look at the key art, click on the image above. To check out the trailer, click on the video way above. Then hit the comments. Will you be blasting off with Picard?