“We’re gonna take a beating,” Herrmann warns toward the end of Chicago Fire‘s season finale, and he’s not kidding. This year’s big, fiery cliffhanger involves a blaze at a mattress factory, which is made all the more intense by the huge romantic twists that preceded it. Even Brett and Foster enter the building with Boden, so all of Firehouse 51 is inside as the whole place is on the brink of blowing up. Eeep!

Now let’s rewind to talk romance: Boden orders Casey to find a plus-one for a charity dinner, and wouldn’t you know it, the first person he sees after the convo is Brett. Casey starts what seems like an awkward attempt to ask her out before some Herrmann and Ritter shenanigans get in the way. When Brett asks what he wanted, Casey either chickens out or changes his mind, telling her, “Let me get back to you.” And that bit of hesitation may have lost him his chance, because Chaplain Kyle is back with some news: He’s moving to Indianapolis for a new job. Seeing the two at the bar, Casey assumes that Brett and Kyle are back together, which makes sense since they’re both nice, good, selfless people who are good together, he tells Brett. 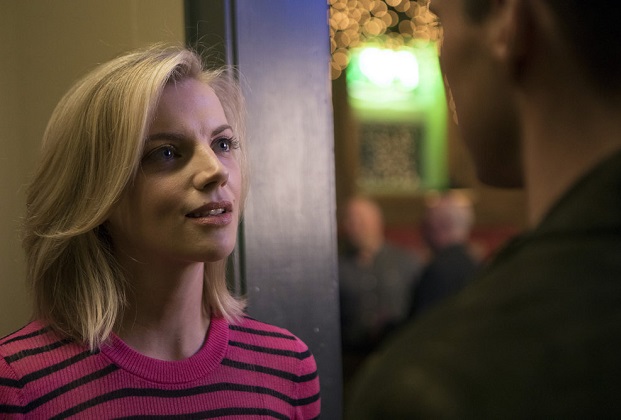 The next day, Kyle shows up at the firehouse with even more declarations: He tells Brett that he loves her — his “Your smile changes the temperature into whatever room you walk into” is really sweet — and then asks her to marry him! And she accepts, as a somewhat shocked Casey looks on! Brett tells him that what he said about her and Kyle was actually on her mind all night. He sweetly replies, “I’m happy for you.”

Meanwhile, Stella and Severide team up and successfully track down the female arsonist. The arrest earns Severide a compliment from the OFI boss, who insists that one day she’ll convince him to transfer to her department. So the threat is gone, but Stella still becomes concerned when Severide doesn’t show up to Molly’s. She drives out to Benny’s cabin, where Severide answers the door with, “You deserve a better man than me. So I decided… I decided I’m going to be the man you deserve.” Now that’s what I call a greeting! The two then proceed to have sex by a roaring fire.

But of course, the episode’s cliffhanger leaves a dark cloud looming over these happy reunions. Do you think someone will perish in the fire/explosion? Grade the season ender via the poll below, then hit the comments!