It’s going to be a long, torturous summer for Chicago Fire fans after Wednesday’s season finale (NBC, 9/8c), according to star Eamonn Walker.

“It’s going to be intense. It’s going to be very, very dramatic,” the actor tells TVLine in the above video from NBC’s upfront presentation last Monday. And then Walker delivers this anxiety-inducing teaser: “And you’re going to be worrying about one member of the cast, but you won’t know which one.”

Walker goes on to note that the final moments of the season ender, ominously titled “I’m Not Leaving You,” are “very, very, very exciting.” “Your hearts are going to be in your mouth,” he adds. (That all lines up with what showrunner Derek Haas told TVLine about the finale being “a gut-punch of an episode.”) 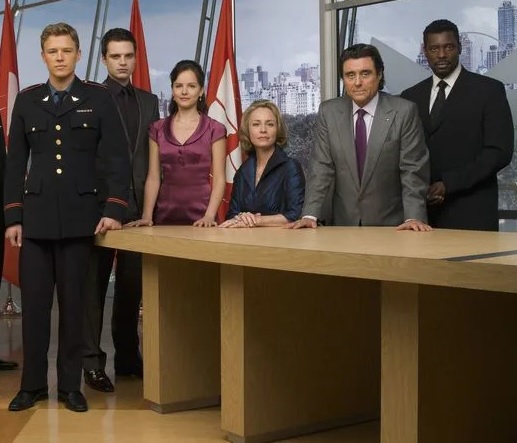 Walker also took a moment to remember the brilliant but short-lived 2009 NBC drama Kings, on which he starred as Reverend Ephram Samuels. Loosely based on the biblical story of King David and set in a fictional kingdom ruled by a modern absolute monarchy, the series also featured Ian McShane, Susanna Thompson, Sebastian Stan, Christopher Egan, Allison Miller and Dylan Baker.

“I loved Kings,” Walker enthuses, adding that the show was “ahead of its time. I wish it was still around. The pilot was amazing, and I will never ever forget it, and the friends I have from filming that show are still with me.”

Press PLAY above to watch the full interview, then hit the comments with your hopes for the Fire finale!