How’s that for a bait-and-switch?! Going into Tuesday’s season finale of New Amsterdam, all the concern was focused on Max’s pregnant wife Georgia and her dangerous at-home delivery. But by the end of the episode, two other lives were also in danger. After helping to bring baby Luna into the world, Lauren Bloom — and Helen Sharpe — boarded an ambulance with Georgia, Max and their newborn, which was then sideswiped by a stolen ambulance! When the hospital staff arrived at the crash site, they found a near-death Bloom thrown from the vehicle, Georgia unconscious and Sharpe… MIA? (But at least Max and Luna seem to be OK!)

Elsewhere, Floyd didn’t get his mother’s blessing to pop the question to Evie — but that didn’t stop the couple from getting engaged.

TVLINE | I rewatched the end of this episode multiple times, trying to figure out where Helen is amongst all the carnage. Do we not see her? Or are we to assume she’s the one under that white sheet?
PETER HORTON | All of the questions that you have around this, like, “Why haven’t we seen Sharpe? Who’s under the sheet? Is Bloom dead? Is Georgia going to make it?” All of those are questions we want everyone to be asking. Indeed, someone dies, as you can see by the sheet. David has a great way of revealing who that is on the first episode of next year, but even the cast doesn’t really know.
DAVID SCHULNER | No, they don’t, and to be fair, more than one person dies. You have seen the lawyer who stole the ambulance, he’s clearly dead. But we don’t want people to think, like, we’re playing a fast one and he’s the one who died. In addition to him, one of our key cast is dead, and that’s the question for the hiatus.

TVLINE | Going into this episode, did you know who would be dying and not be coming back for next season? Have you already decided that?
SCHULNER | We have. Peter and I have, but like Peter said, the cast doesn’t know yet. We felt it important and regrettable that we had to keep that secret from them.
HORTON | I went through this experience years ago in a series called thirtysomething, where my character died, and even back then, it was really, really hard to keep that a secret. That was before social media and all of that. It was actually horse-and-buggy. But given all of the social media today, and how everyone’s talking about everything, we really felt we needed to keep this sealed tight until it’s revealed next year.

TVLINE | So someone is in for a surprise when they get the Season 2 premiere script in a couple of months.
SCHULNER | [Laughs] We’ll tell them right before they get their script.

TVLINE | Is it safe to say that at least Max and Luna have escaped relatively unscathed and are going to be OK? I mean, they were the only two that were able to walk away, so that’s a good sign.
HORTON | Yeah, other than the fact that he’s dying of cancer, he’s fine. [Laughs] 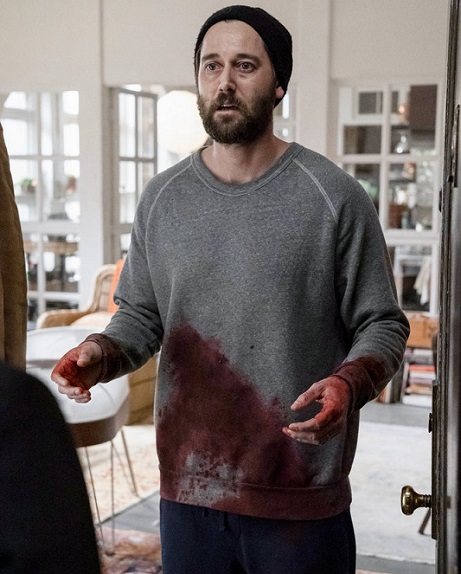 TVLINE | Speaking of Max’s cancer, you really put him through the wringer this season in terms of his health, but his cancer kind of took a backseat in this episode. Why did you decide not to focus on that and instead put everybody else in jeopardy?
SCHULNER | That’s a great question. To be harsh and fair, Max has never put his cancer first. Max puts everyone else first… I loved the opening of the episode, when Georgia brings ice cream to him to help him so he can get some food, so he can get nutrition and build back his weight. And I love what Peter did: It starts with her trying to feed him ice cream, and it ends with him feeding her ice cream, and that’s basically Max in a nutshell.
HORTON | And I think also once he’s sent home from the hospital, there’s not much of a story to tell there about his cancer. He’s really having to do what he needs to do to try and even get enough strength to survive. To take a spin on it and suddenly throw away all of our expectations there… I think when you first see him sitting there, shivering, and she puts the blanket around him, we’re all thinking, “Oh, his story’s going to be about how difficult he’s had it and the difficulty he’s having at home,” and one of the fun things is how it has nothing do with him. He’s the one who has to try and save Georgia and his baby, and suddenly the cancer takes a backseat, which is really kind of a fun twist. It’s been like this devil on his shoulder or this shadow following him around throughout the season, and suddenly the shadow is meaningless.

TVLINE | Georgia’s fate is still unknown to us as viewers, but is the idea of Max potentially being a single father appealing to you as writers?
SCHULNER | Definitely not appealing, no. [Laughs]
HORTON | [Laughs] Tricky question. That was impressive.
SCHULNER | No, we would never want to make Max a single father.
HORTON | Most of us have children, and we rely heavily on our wives to help us.

TVLINE | Does that mean that Georgia has a pretty good chance of surviving, then?
HORTON | Maybe. [Laughs]
SCHULNER | As good as anyone else. [Laughs] 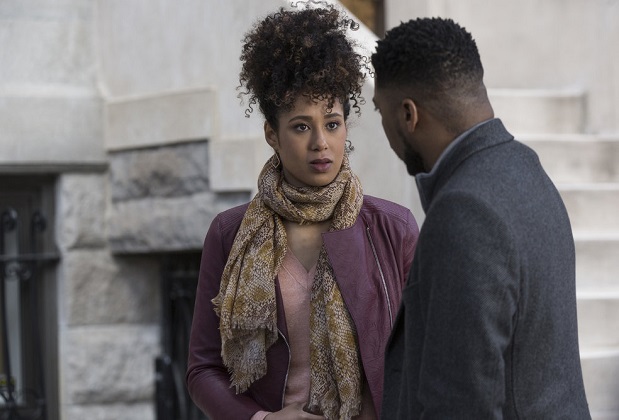 TVLINE | After listening to his mother’s concerns about Evie, Reynolds didn’t take the family ring, but he still decided to propose. Was it important for him to do it in his own way?
HORTON | Yeah, that’s the point of not taking the ring. It provides a really fun twist, because you think he’s not going to ask her to marry him after all. But I think it symbolically represents him breaking the tides, breaking the fetters that hold him to his family, and for the first time in his life, stepping out into what it is that he wants, separate from all of that, which is why in that scene he’s floundered, he’s lost. But his beacon is Evie. He knows that is right for him. He’s willing to take that plunge without the family ring, without the tide of the family, without the family’s permission or even blessing, and that’s what’s so brave about it for him. 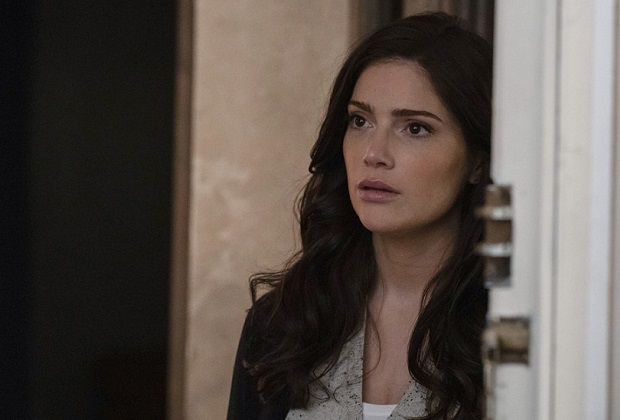 TVLINE | Before the accident, was Lauren having a change of heart about leaving New Amsterdam?
SCHULNER | I think her getting into the ambulance to go back to New Amsterdam was that moment for her. When Max asked if she was coming, and we didn’t reveal if she was or wasn’t, and then once you saw her in the ambulance on the way back to New Amsterdam, for Peter and I, we felt like that was the moment where Bloom decided she was going to come back. And tragically, if she hadn’t made that decision, she wouldn’t have been in that ambulance at all.

New Amsterdam fans, what did you think of the season ender? Grade it via the poll below, then hit the comments!