What’s the hot topic during The Flash‘s next season? How will The Blacklist end its season? Will Chicago Med duo get proper send-offs? Read on for answers to those questions plus teases from other shows.

Will we ever see The Flash’s Iris and Barry grapple with him potentially disappearing? —SSH
“That’s next season actually,” showrunner Todd Helbing told me ahead of the Season 5 finale. “They’re going to be dealing with a lot of those questions about the Crisis and what happens to him.”

Any scoop on The Blacklist? –Marsha
Friday’s season finale “is gonna be good. Ohhh, it’s gonna be really good,” avows Amir Arison, who plays Aram. “The last scene, I don’t think anyone could have ever expected. I was like, ‘Whoa, no way.’” Leading up to that, the hour features “the ‘Oh crap, what’s gonna happen?!’ moments,” says Arison, “and we have a great villain played by Jennifer Ferrin, who’s sort of in cahoots with President Diaz. Their intentions will be revealed in the finale. Plus, I get to go out and do a whole bunch of things that Aram doesn’t usually get to do.” While speaking with Arison, I happened to raise the age-old fan theory, that Red is really Liz’s mother, Katarina. “I have heard quite a few theories over the years,” he noted. “But with that question in mind — watch the finale.”

Are iZombie’s Peyton and Ravi going to make it? —Luis
Excellent news for fans of the couple: “They are in a pretty good place this season,” executive producer Rob Thomas says. “For both of them, the storyline isn’t romance. They are cruising along, they’re doing well. They have bigger fish to fry. As mayor and coroner, they’re going to have a lot of obstacles along their way. But as a couple, they’re doing really well this season.”

Will the first season of ABC’s The Fix resolve the murder story, or will it end with a cliffhanger? —Barry
In the wake of the series’ cancellation, I’m pleased/relieved to report that the Season 1 finale on May 20 will indeed wrap up the central mystery. In fact, according to co-showrunners Elizabeth Craft and Sarah Fain, “All questions will be answered.” The pair also confirm that “someone does end up in jail,” before cryptically musing, “But is it the right person?” 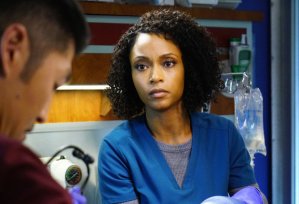 What is deal with Chicago Med’s Ethan and April? I am #Chexton shipper but they need to address their communication problems! –Laurel
“There is definitely an ‘understanding’ that they come to in the finale (airing May 22),” Yaya DaCosta tells me. And that’s despite the antics of Emily and Bernie. “When are they not causing problems?!” the actress laughs. “But yeah, Emily and Bernie are going to give us all a lot to think about.” All told, DaCosta said the season ender features “some heavy/sad moments, some uplifting/hopeful moments… and some jaws will drop, for sure.”

Why does it feel like Colin Donnell and Norma Kuhling’s departures from Chicago Med were unexpected? –Adriana
It does seem that way, especially give Yaya DaCosta’s reaction when I asked if the finale sets up exits for Connor and Ava. “I’m not sure, actually,” she hedged. “That was ‘newer news,’ so we have to just wait and see how it plays out.”

Is there anything about the Brooklyn Nine-Nine finale that will surprise us? –Lii
Melissa Fumero told me at the People/EW Upfront party that Thursday’s back-to-back episodes play out “like a true hour-long episode,” in which “some old, familiar faces show up, and there is a pretty good cliffhanger at the end.” Want more on the cliffy? Terry Crews loves teasing! “Our writers do a really good job of creating crazy cliffhangers, but this one is probably the saddest one you’ll ever see,” he shared. “I’ll give you a hint: it involves Captain Holt, and it’s a heartbreaker.” 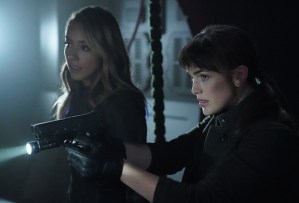 I know Marvel probably has more security restrictions than the NSA, but have they indicated when Agents of S.H.I.E.L.D. will reveal more about Sarge’s team and their mission? —SocalShoe
Sarge just showed up, so it’s a bit soon to worry if we’ll learn every detail about him ASAP. Instead, I shall offer this completely unrelated morsel from Chloe Bennet, sharing her favorite part of the new season: “Hands down, Episode 3. Elizabeth [Henstridge] and I got to work a lot together and it was very fun and very, very different. It might be a full-on fan favorite.” 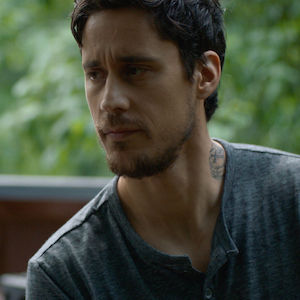 Do you have any spoilers on Queen of the South‘s James in Season 4? Please don’t tell me Bailey Chase is Teresa’s new love interest. Do it for the Jeresa shippers out there! —Stephanie
“While Teresa has a new love interest this season, you can never count out any possibility,” co-showrunners Dailyn Rodriguez and Ben Lobato tell Inside Line. “In this new chapter of Teresa’s journey, she is focused on building her sense of family at the helm of taking on a corrupt system. Teresa is no longer in survival mode and we will see her expand her businesses on the East Coast, both legal and illicit. Inevitably, as they say, fans will witness ‘heavy is the head that wears the crown.'”

Any chance you could find out who sang the version of “Only You” at the end of Hawaii Five-O, while Tani and Junior are dancing at the wedding? Nobody on the Internet seems to know the right answer! —Kathy
That cover was of the Yazoo tune was by Garrett Kato.

Where is the bowling alley located that was in NCIS Episode 16×22? I have to know!! —Linda
That was Highland Park Bowl aka “L.A.’s Oldest Bowling Alley.”

Can we get some teaser of what the Season 4 finale of Blindspot will look like for both Reade and Zapata? –Tony
Reade and Zapata ‘shippers have reason to be optimistic as the NBC drama (returning May 24) heads toward its Season 4 finale. Though the agents still have some major trust issues to work through, series creator Martin Gero says “they both want” a romantic relationship to happen. “They just don’t know how to do it because that trust was shattered,” Gero teases. “It’s certainly at the front of her mind, and it’s something he’s very aware of and open to, as well. But it’s complicated. We’ll be exploring that a lot in these last few episodes.” 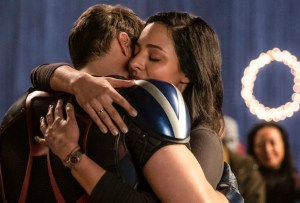 Any more scoop on the Legends of Tomorrow Season 4 finale? –Derrick
As baaaarely hinted in our May Sweeps Preview Extravaganza, the May 20 finale will deal with pick up an old, seemingly abandoned thread. “We have not forgotten about Zari’s initial quest, to correct the place where she’s from,” EP Phil Klemmer told me. “We put that on hold for a very very long time, so while we really wanted to make our finale about a fight for the present, we also wanted those stakes to be able to affect the future where Zari is from.”

I saw the Designated Survivor trailer, but I’m confused about something: Why isn’t Ellenor Darby (played by Aunjanue Ellis), Kirkman’s VP pick from last season, running alongside him for election? —Shon
That will alllll be explained in the premiere of Season 3, which arrives on Netflix June 7. Bonus scoop: Whereas Lucifer was prudent with the swear words in its own Netflix resurrection, Dez… is the opposite. Boy, is it. Even li’l Penny drops an S-bomb!