Agents of S.H.I.E.L.D.‘s Season 6 premiere on Friday night ended with a helluva double take, as a brand-new threat was given a very familiar face — one that has left May “pissed” as well as confused.

The new season picked up a year after the events of Season 5, with Daisy and Jemma off (and unreachable) on a mission into space, where they are looking for frozen Fitz. We see that Enoch’s ship was sliced in half at one point by… something… and Jemma, Daisy, Piper and Davis have already found one section of it. After putting the squeeze (or quake) on a fuel station operator, they learn that the other half of the ship is in his possession. Alas, aboard it they find the cryo chamber… but no sign of Fitz.

Jemma eventually speculates that Fitz would have headed for the facility where the chamber was made, so that he could find a way to re-freeze himself. Thing is, that place is in deep, deep space, and the Zephyr is already banged up from their travels (plus Davis has family he hasn’t seen, yada yada). There is some heated debate about pursuing this long shot, but it’s interrupted by a Confederacy cruiser’s encroachment. To escape its fire, they use the phase harmonic teleportation device from last season to “jump,” but Jemma has already input new coordinates — for deep, deep space.

Meanwhile back on Earth….

Director Mack, May, Yo-Yo and some new agents (including Yo-Yo’s new  beau) chase the latest in a series of energy pulse “anomalies” to Indiana. Before they arrive, we see a playground wall pulsate with light, after which a burly gent named Jocko (?) squeeeezes his way through and out of the solid surface. Alas, he is not able to pull through Tenka (?), his traveling companion, after the latter gets trapped and then partially solidified inside the concrete. May arrives via Quinjet, but Jocko whips out a big gun and disables the craft, allowing him to escape.

Mack and May recruit Dr. Marcus Benson to boost their currently sapped braintrust and examine the concrete-trapped man. Just as the professor notes that the man has cybernetic components, Tenka briefly springs to life, taunting Benson & Co., “You can’t stop it! It’s coming! [Unintelligible or alien language] Wave good-bye!” A countdown timer of some sort then drops from his pocket.

Jocko meanwhile meets up with two other travelers and apprises them of Tenka’s “bad crossing,” even though they arrived through a “native” structure. They make tracks for a museum, which they must blow up to clear the way for someone named Sarge’s own crossing. In possession of the same museum coordinates via the found countdown timer, Mack sends agents to see what’s what. They are temporarily delayed on-site by the theatrics of one of Jocko’s companions, long enough for the museum to be blown to smithereens — after which a pulse of energy blasts from the heavens down into the cleared site.

Just as May and Yo-Yo come to, from the smoke and dust emerges an armored 18-wheeler. After the truck screeches to a halt, a man hops out of the cab… and as May sees through bleary eyes, he looks just like Coulson! This “Sarge” orders a random S.H.I.E.L.D. agent to stand down and let go of his cohort. The agent recognizes the face, saying, “It’s you…. You’re from S.H.I.E.L.D.” But Sarge zaps the kid, before remarking, “S.H.I.E.L.D.? Never heard of it.”

Then, in a “bonus” scene, we see Fitz toiling away in some sort of outer space workshop. Someone is yelling at him to hurry along, on behalf of The Controller. Before Fitz does so, he injects himself with something that seems to soothe him, while turning his eyes a strange color….

Coming out of the season opener, TVLine invited Ming-Na Wen to preview May’s reaction to what/who she thinks she saw emerge from that truck.

May is feeling “absolute confusion” in that moment, she said. “But at the same time, she’s been there before you know, with the LMD [version of Coulson]….

“Anything is possible,” Wen continued. “In her mind, there’s maybe 10 percent hope at this point that it’s Coulson, but in reality she knows it’s not.” Upon recovering from the ambush, “She needs to find out who the hell is this guy, this ‘evil twin’ from a parallel universe?”

May, however, might not so easily keep her composure as she delves into this discomfiting mystery. “I mean, she saw him die. She buried him, in a way, so when she sees Sarge, it’s like she is so pissed,” Wen offers. “She closed that chapter in her life and now that Pandora’s box reopens for her and she doesn’t like it. At all.” 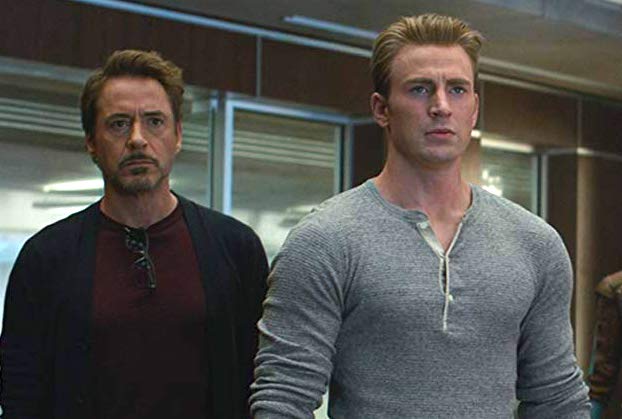 One other question S.H.I.E.L.D. fans may have, especially after seeing the Season 6 premiere, is how if at all it jibes with the post-Snap world of the blockbuster movie Avengers: Endgame. (To recap: Agents of S.H.I.E.L.D. producers told TVLine last May that, as hinted in dialogue, the final episodes of Season 5 were set during Thanos’ original Infinity War attack. But given the TV show’s time jump of just one year, May & Co. should be living in a post-Snap world where half the population was turned to dust. Yet they aren’t. As Wen tried to explain to me, and the producers have clarified in other interviews, on the off chance that ABC decided to bring S.H.I.E.L.D. back earlier, they couldn’t risk showing a post-Snap world.)

“So, the Snap hasn’t happened yet,” Wen confirms, adding: “I think at this point it’s safe to say that we have departed from following the [Marvel] cinematic universe in that sense, and are just telling our own stories and our own situations. All this is happening pre-Snap.”