As long promised, Wednesday’s Empire season finale revealed the identity of the mysterious corpse in that highly-promoted coffin. But, in a bait-and-switchy curveball, it was not the individual who entered the episode knocking on death’s door (we’re looking at you, “terminally ill” Andre).

Turns out it is Lucious’ other son — newly discovered bastard child Jeff Kingsley — who ends up six feet under. Tormented over being marginalized by his new fam, Kingsley shoots himself in the head in front of his formerly estranged pa. But in a twist of fate that would be deemed remarkable in the real world, his heart 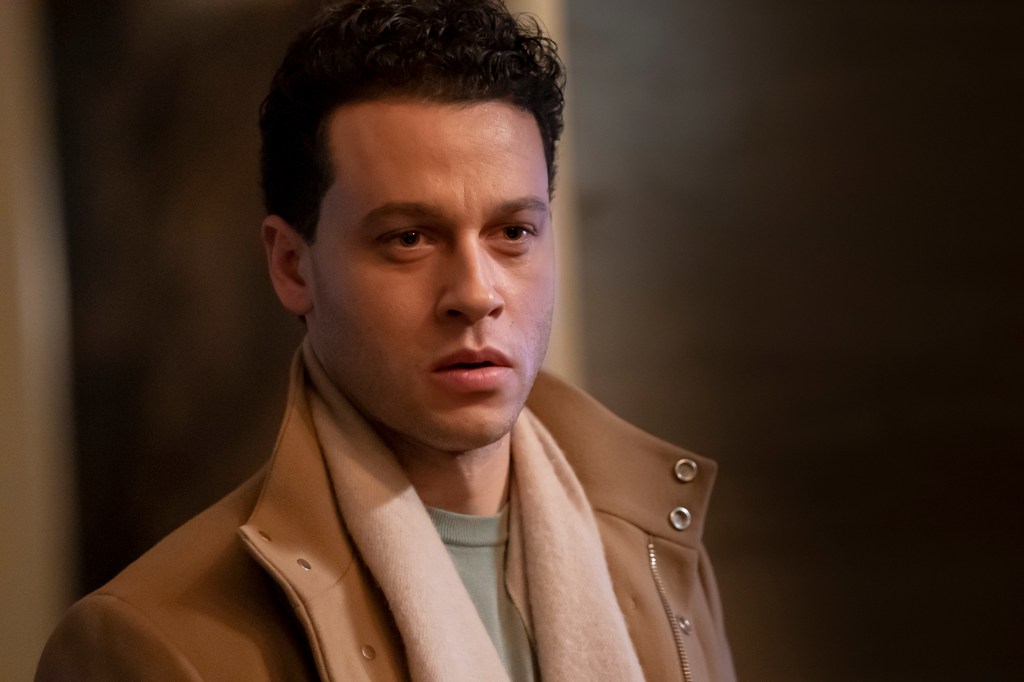 keeps on beating and proves to be the perfect match for half-sibling Andre. It’s a miracle! Born out of a tragedy!

With the personal crisis resolved, Lucious turns his attention to navigating a certain professional pickle involving DA Megan Conway, who now has him by his proverbial short and curlies. He decides to make a run for it, and invites Cookie to join him in his getaway ‘copter. She refuses said invitation, citing his pervasive and uncontrollable toxicity as the reason. In fact, so desperate is Cookie to eject Lucious from her life once and for all that she falsely confesses to cheating on him with his archenemy Damon Cross.

With that, the season ends with Lucious on the run, Cookie staying behind to hold the rickety fort down and Jussie Smollett’s MIA Jamal battling the Storm of the Century (off screen).

TVLINE | When did you arrive at the decision to put poor Kingsley in the coffin?
We had different candidates for the coffin as we started [this season] and I think we [decided on] Kingsley when we started breaking the back nine episodes.

TVLINE | Why him?
It just came down to who we were excited about telling more stories for, who we thought would be a bigger story engine moving into Season 6. And it just seemed like Kingsley might not provide the most stories.

TVLINE | Kingsley seemed to go from mentally stable-ish to suicidal in warp speed. Was that because had you depicted him as potentially suicidal earlier it might’ve telegraphed the coffin reveal?
I think the hints about his issues were there [all along]. He went through a period where his whole identity was wrapped around trying to take down Lucious, based on lies his mother told him. So, through the [final] nine episodes when he realized he was living a lie this whole time, his identity was thrown up in the air. And he becomes more fragile.

TVLINE: Did you ever really consider killing off Andre?
Absolutely. That’s why we went so deeply into this journey with him this season. Because if it was going to be Andre [that died] we really wanted to give him a good sendoff and really honor that character.

TVLINE | Is it safe to assume that Andre is out of the woods?
Yes. The journey for him this season was that he really didn’t think he had anything good in his life to look forward to. He was basically just going to serve the family, serve Empire, and continue his redemption tour for what he tried to do to Lucious, and then make up for what happened to Anika. But then he met Teri and her son Quincy and [now he’s going to] be a father… he realized he may have something good to live for.

TVLINE | Why did Cookie lie to Lucious about sleeping with Damon Cross?
Because she knew that was the thing Lucious couldn’t take. That’s the thing that would [allow] Lucious to let her go.

TVLINE | Do you view them as broken up?
They are two people that are in love. But I think they’re both looking at it like, “Just because you’re in love, doesn’t mean you have to be together.” Sometimes love is just not enough.

TVLINE | Where did Lucious go?
That’s an open question.

TVLINE | Will you start off next season with a time jump?
I have some scenarios in my head that would require a time jump, [so] it’s quite possible.

TVLINE | Regarding the fate of Jamal, the statement Fox put out about Jussie’s future with the show was confusing to some. Why extend his option if there are no plans for him to return?
This allows [Jussie] time to adjust to some [remaining] legal issues, and then we just see where it is. There are no plans yet in terms of how the character may or may not come back. This will give [Jussie] time to address what is going on and put it behind him.

TVLINE | How will address Jamal’s continued absence moving forward, especially in times of crisis? You used the storm scenario in the finale, but I have to imagine that will be increasingly challenging as you move forward…
You’re absolutely right. There would have to be some organic reason in Season 6 if Jamal’s not there when his family is in crisis. It’s got to be clear and it’s got to make sense.

TVLINE | Is there a scenario in which Kai returns without Jamal?
Not really.