THE PERFORMANCE | Comer’s effortlessly chic assassin Villanelle is a soulless killing machine, without an ounce of recognizable human emotion in her body… or so we’ve been told by BBC America’s cat-and-mouse thriller. But when faced with the loss of her obsession Eve this week, Villanelle went through some very relatable angst and jealousy, and Comer was even more remarkable than usual, adding a heavy dash of melancholy to Villanelle’s normally playful persona.

Yes, Villanelle had her typical devilish fun this week, too, telling an Instagram-happy admirer to buzz off and dressing up in an elaborate pink pig costume (!) to murder her latest target. But her beloved Eve was busy chasing another female serial killer, and Villanelle started to bristle at the lack of attention she was getting. (Watch Comer’s face slowly turn from excited to devastated as Villanelle sees a non-Eve detective arrive at her crime scene.) Villanelle tried to drown her sorrows in partying and drugs, but she ended up almost killing a fellow partygoer who cut in the bathroom line, and the stark numbness on Comer’s face as Villanelle choked the life out of the poor girl was positively chilling.

The next morning, Villanelle took a long look at herself in the mirror and broke down crying; it was maybe the most emotionally vulnerable we’ve ever seen her, and Comer — so delightful to watch when Villanelle is being bad — proved she can be just as compelling when her trained killer allows just the tiniest sliver of humanity to peek through. 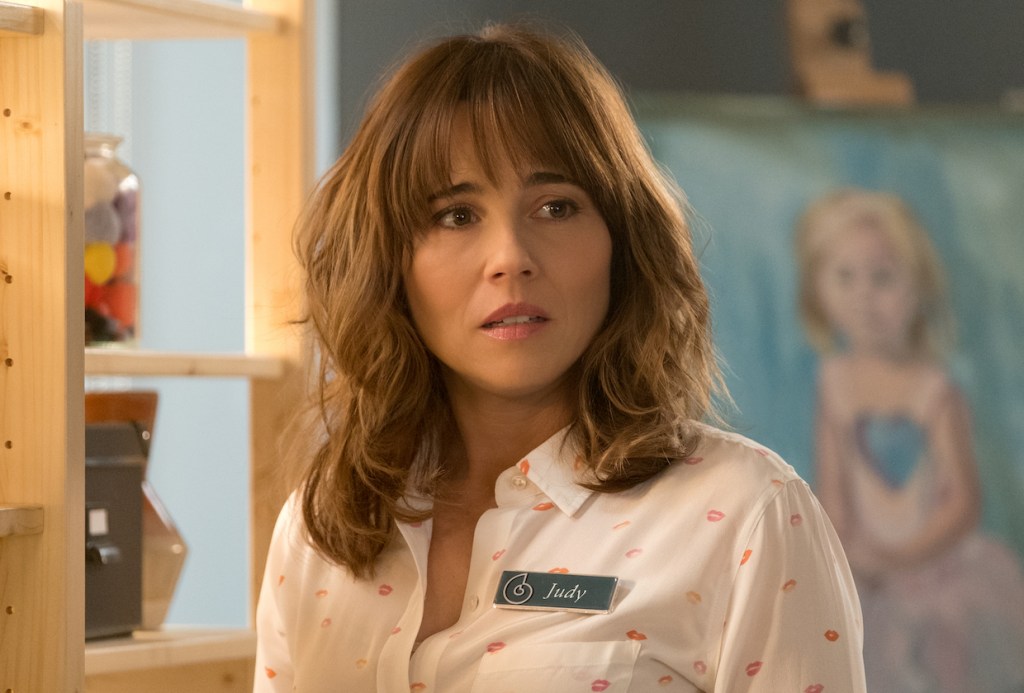 HONORABLE MENTION | We’ve been avid fans of Linda Cardellini dating back to her Freaks and Geeks days, and it’s a blast to see her play a role as rich and complicated as Dead to Me‘s enigmatic free spirit Judy. She and Christina Applegate’s widow Jen become fast friends at a grief support group, but Judy clearly has a few skeletons hiding in her closet, and in the season’s third episode, Cardellini brings her loads of emotional baggage right up to the surface, even slapping herself silly during a private moment in order to plaster a smile back on her face. The more we learn about Judy, the more we’re not sure how we feel about her, exactly — but we are sure that Cardellini delivers a rivetingly layered performance. 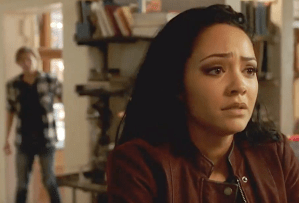 HONORABLE MENTION | We would never wish heartbreak on MacGyver‘s Riley — except to see Tristin Mays turn in a moving performance like she did this week. What started out as a light caper with bounty hunter Billy Colton took a sharp, dark turn when Riley came across a stranger’s sexts on her beau’s cell. Riley kept a stiff upper lip in the scenes that followed, but at episode’s end, after she gave Billy the abrupt hook, Mays showed us a soft, sensitive side of the the hardcore hacker. “He’s not worth my time or energy,” a crestfallen Riley shrugged when Mac invited her to lash out. “I just want to focus in moving on, that’s all.” Mays gut-punched longtime viewers hardest, though, when Riley noted through tears, “The one man who’s always been there for me is Jack. He’s not here, and I feel lost.” 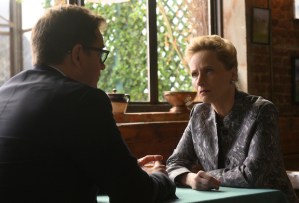 HONORABLE MENTION | One of Bull‘s finest guest stars to date, Homeland alum Laila Robins positively owned the screen this week as Colleen McCandless, an Irish crime family matriarch who wasn’t about to let her one do-right son go down as the unwitting getaway driver for his murderous brother. “You think I’m a monster? Praying for one of my boys to lose his life so the other can have one?” she asked Bull after soliciting him to defend her good son while letting the other face the death penalty. And you bought into her conflict. But at episode’s end, we and Bull saw an even more Machiavellian side to Mrs. McCandless, after she took steps to ensure the defendant’s acquittal. “The key is to have faith, to persevere,” she coolly attested, when confronted by Bull. “Even if costs us our husband…. Even if it costs us our firstborn.” Brrrr.