Fifty-one worthy queens vied for a single crown on Thursday, making the 2019 Miss USA pageant a little like Game of Thrones‘ Battle of Winterfell — only with less dragons. That we know of.

Nick and Vanessa Lachey returned to host this year’s festivities, which went down in Reno Tahoe’s Grand Sierra Resort and Casino’s Grand Theatre. (New game: Take a shot every time you see the word “grand”!) Though Nick Lachey’s pageant history is limited to hosting, Vanessa Lachey is actually a former Miss Teen USA (1998).

This year’s competition also included musical performances from Nick Lachey and T-Pain. And last year’s winner, Nebraska native Sarah Rose Summers, was on hand to pass her crown to the new Miss USA, who will go on to represent the United States in the upcoming Miss Universe 2019 pageant. 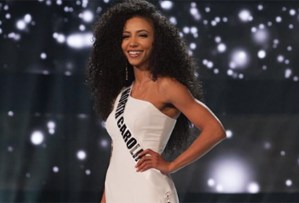 Following a two-hour showdown of gowns, gams and game-changing questions, here’s how things turned out for this year’s hopefuls…

Your thoughts on the new Miss USA? This year’s pageant in general? Hit PLAY on the video below to watch Kryst receive her crown, then drop a comment below.