The most surprising face to join Hulu’s upcoming Veronica Mars revival might actually be behind the scenes: Last September, executive producer Rob Thomas revealed that the show’s writing staff includes none other than NBA legend Kareem Abdul-Jabbar. (Check out the announcement tweet below.) 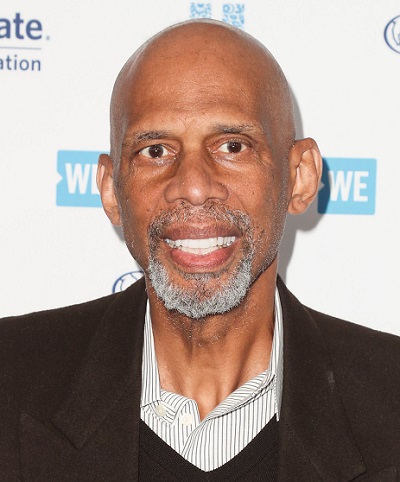 The former basketball icon is also a bestselling author who has written many books, including a novel about Sherlock Holmes’ brother Mycroft, in addition to contributing columns to various publications. But how did Abdul-Jabbar find himself penning dialogue for Veronica & Co.?

“It’s kind of a crazy story,” Thomas tells TVLine. “He’s quite a Renaissance man… He wrote a column on the five young adult books everyone should read. One of those was my second novel, called Slave Day. I was so thrilled that Kareem Abdul-Jabbar named one of my books as one of the five books everyone should read. In that column, he said that he was both a Veronica Mars fan and an iZombie fan.”

While planning a re-release for Slave Day‘s 20th anniversary, Thomas’ editor at Simon & Schuster suggested that he ask Abdul-Jabbar to write the foreword. “I reached out to his management, and I got word back, ‘Hey, Kareem is happy to write the foreword to Slave Day, but he wants to play a zombie on iZombie,'” Thomas recalls. Thus was born the basketball star’s upcoming guest spot on the CW series’ May 9 episode as undead city councilman Zed.

Then over dinner, Abdul-Jabbar and his writing partner Raymond Obstfeld expressed interest to Thomas in developing a television show. “At a certain point, I said, ‘Well, you know if you do want to work in television, it would be great for you to get a little bit of experience. You’re both Veronica Mars fans. Do you want to come on the staff and see how a television show works?’ And so they did,” Thomas shares. “There was not a day in the Veronica Mars writers’ room where, when Kareem walked in, it [didn’t] sort of weird me out. It’s a stunning thing.”

Abdul-Jabbar and Obstfeld ended up co-writing Episode 6 of the revival (premiering in its entirety on Friday, July 26), and Thomas has nothing but praise for the duo: “They handed in a terrific script that I’m excited about,” he says.

And yes, if you’re brilliant and give yourself a #PartyDown Twitter handle, I'll hire you. Or, you could be the NBA’s all time leading scorer, but you must still be brilliant. pic.twitter.com/4Qk2uqcKey