At this time of year, when I go to report on broadcast-TV ratings, I will often look at the numbers for a midsession launch and wonder: “Why did they even bother airing this? Might simply running an inexpensive test pattern do nearly as well?”

I mean, are the new scripted shows saved for late winter, spring or summer not much more than cannon fodder? Is there a correlation between when a freshman series is premiered and its chances (or the network’s internal forecast) for survival?

Before I drown you in data, answer me this: What percentage of midsession series launches do you think wind up as one-and-dones? In a TVLine Twitter poll posted earlier this month, 49% of you suspect that at least half of all midseason launches get scrapped before Season 2:

What % of NEW TV shows launched at MIDSEASON do you think wind up CANCELLED after ONE season?

Looking at the five TV seasons preceding this one (since the fate of several midseason shows currently airing remains TBD), I expected to note a trend, or at least a consistent “mortality rate” from year to year. The numbers I came up with, though, indicate … fluctuation. Meaning, it simply depends on any given year’s crop of held-back newbies. 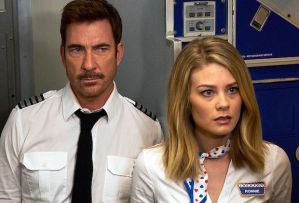 The 2017-18 TV season saw exactly 50% of all midseason premieres cancelled after a single season, meaning that for every 9-1-1 and Instinct that earned a pickup, a Deception and Life Sentence got sent packing.

Of the five seasons surveyed here, 2014-15 proved kindest to midseason launches, with “just” 47% getting snuffed. On the flip side, 2013-14 was the most brutal season, with a 72% midseason mortality rate; among that spring’s few survivors were The 100 and Chicago P.D., which are still with us today. 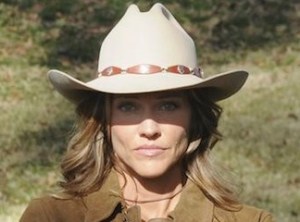 For the 2016-17 TV season, 71% of all midseason premieres never saw a Season 2, including established series’ offshoots such as Blacklist: Redemption, Chicago Justice and 24: Legacy. Landing somewhere in the middle of the pack was the 2015-16 TV season, where 61% of midseason series wound up cancelled.

How does all of the above measure up to your predictions?

Across the past five TV seasons, 61% of midseason launches wound up cancelled after that freshman run.

Of those 51 total terminations, 61% were dramas.

In that same span, 58% of fall launches were ill-fated — so, premiering earlier isn’t necessarily better.

Network-by-network across the same five-season stretch, The CW has been the most generous, cancelling just 50% of eight midseason shows, followed by NBC’s 59% mortality rate. ABC cancelled 62% of its midseason shows, followed by Fox’s 67% and CBS’ 78%. Of note, though: CBS relies far less on replacement fare, with just nine midseason launches across five years, whereas NBC paraded out almost 30 (from About a Boy, Allegiance, A.P Bio and Aquarius to Undateable).

What does all of my yammering mean for the midseason series currently playing on your TV or that recently wrapped? Out of those 16 scripted shows — including The Passage, Schooled and Whiskey Cavalier — you should expect at least half to go bye-bye. And the exact names of the “dead” shall be revealed in the weeks to come, as the mid-May Upfronts draw closer. 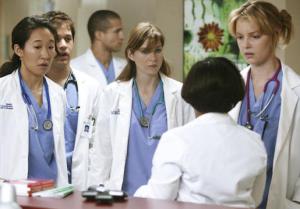 ‘Grey’s Anatomy’ was a midseason replacement for ‘Boston Legal’

Now, let’s wrap this up with some fun and happy facts!

Meaning, the midseason shows that went on to have some serious legs. In addition to the likes of Buffy the Vampire Slayer, Dawson’s Creek and The Office….

* All in the Family introduced us to Archie Bunker in January 1971, and ran for nine seasons (leading up to a mildly tweaked “spinoff”).

* Married With Children‘s Al first stuck his hand down the front of his pants in April 1987, then lasted 11 seasons.

* America first toon’d into The Simpsons‘ own series in December 1989, and… well, there are no signs it will ever end.

* Both Shondaland’s Grey’s Anatomy (born March 2005) and Scandal (April 2012) were midseason shows, respectively running for 15 …(and counting?) and seven seasons.

Do you tend to assume that midseason shows are A) of poorer quality and/or B) kinda doomed?