What’s the funny thing about hope…? Oh yeah — “when she gets into your blood, she never leaves you.”

But should NCIS fans hold out hope for a flesh-and-blood return by the presumed-dead (but surely alive) Ziva David?

In a mid-February episode of the CBS drama, it was revealed that as an NCIS agent, Ziva would secretly follow up on cold cases while tucked away in a backyard shed she leased from a kindly woman. The tag of that episode planted a big seed in Agent Ellie Bishop’s head by strongly indicating that Ziva is alive (as previously hinted in Michael Weatherly’s final episode).

In the two months since, Bishop has been tug-tug-tugging at that storyline thread, oh-so-subtly taking digs at Gibbs for keeping secrets, or, in a more bizarre homage, trying to revive a sad plant found in Ziva’s secret cabin. That most recent C-story culminated in Bishop getting the landlady’s OK to use the cabin, seeing as Ziva paid its rent far in advance.

Can NCIS viewers expect Bishop to stay on Ziva’s scent?

“It’s such a great thread, I’d hate to leave it on the table,” co-showrunner Steve Binder told TVLine as part of our May Sweeps Preview Q&A. “But like anything, we don’t just want to tease the tease. If we do pull at it, we’re going to have something interesting behind it, and not just keep doing the same beat over and over again.”

But just how “interesting” could this subplot get? What could it possibly be building toward? As TVLine noted for the Binder and co-showrunner Frank Cardea, while Cote de Pablo might theoretically be available for an encore — despite having abruptly exited the series during its Summer 2013 hiatus, she told TVLine that if Ziva were alive, “Under the right circumstances, it could definitely be explored” — it’d be odd to bring back the former Mossad agent while true love Tony DiNozzo’s portrayer, Weatherly, is busy headlining another season of Bull (which admittedly remains on the renewal bubble). 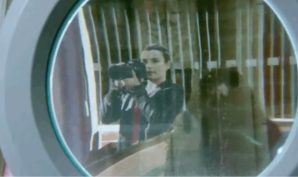 “I don’t want to say ‘the sky’s the limit,’ but given that she’s been gone for years, there’s a lot that could have happened that could be fodder for us,” Binder allows, “even if she’s not necessarily present.”

“We’re always trying to think about what the audience wants to see, what we want to see, what makes sense, what’s interesting…,” Binder continues. “We’re talking about all of it, all of the time. And we’ll see what sticks.”