The CW’s The Flash returned this week, and with it came many answers about how Nora first reacted to discovering her (suppressed) powers, and how she wound up in alliance with her father’s archenemy.

After Barry threw his and Iris’ daughter into the Pipeline — and after lambasting Sherloque for concealing his suspicions about Nora since Day 1 — the team decided to dive into her backstory via her journal. As they did so, we saw Nora’s past (circa 2049) play out. 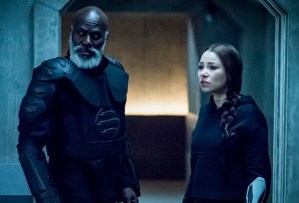 She started off as just a quirky CSI, always late to a crime scene and famously obsessed with the long-unsolved case of Flash foe Cicada. As Nora and CSI pal/bestie Leah get to investigating a string of robberies, they deduce that a speedster — the first one the city has seen since the crisis that disappeared The Flash — is at play. In the course of tracking the resists, they run afoul of said speedster (whom they dub Godspeed), and Nora gets zapped by him. Upon coming to and accidentally triggering her powers, Nora caroms around city and crashes into a laundry truck, Barry Allen-style. Realizing her potential, Nora is determined to catch Godpseed, but decides she must think like an evil speedster to do so. Ergo her first visit to Eobard Thawne, to pick his brain. Thawne immediately picks up on clues that his visitor is a speedster, but their time runs out before he can offer any assistance.

Leah shares with Nora that a bit of metal found buried in her shoulder by the doctors is not shrapnel, as suspected, but an inhibitor chip. Meaning, Nora didn’t “get” her powers from Godspeed, she always had them. And only her mother could have been behind squelching them. Chasing a lead on Godspeed’s next heist, Nora and Leah again run up against the sinister speedster, who winds up killing the latter as Nora helplessly watches.

Cutting back to the present day, we see Team Flash react to reading about this tragic turn. Iris for one regrets anew her actions of the future, and decides that the least she can do here and now is give Nora a second chance. So she springs her kid from the Pipeline with a firm, “Don’t make me regret this.” 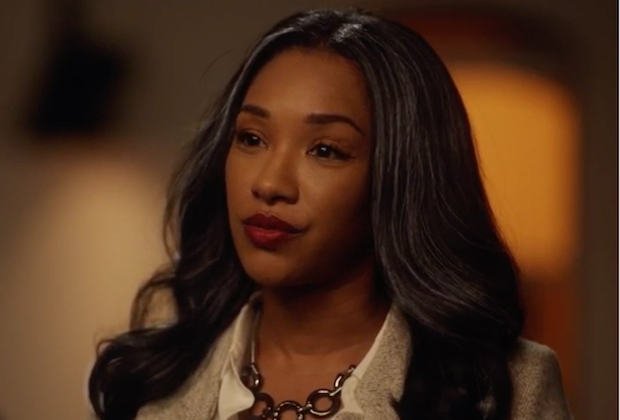 Before Team Flash, Nora continues her story, and we flashback to a chilly moment between mom and daughter when Future Iris returns from working a story in Coast City. “You lied to me my whole life,” Nora roars. Iris explains that she took the drastic measure to protect Nora — “from this city, from metahumans, from yourself.” Iris has lost so much already, she couldn’t lose her daughter as well. But “you just did,” Nora says before zipping away.

Nora works with her boss to ID Godspeed as August Heart, after which Nora realizes that his lightning turns blue, just like Zoom’s — ergo, he must be using Velocity 9, and his goal is to craft a permanent batch of the stuff. Nora pays another visit to Thawne, asking his help to stop a speedster. And though he at first rebuffs the invitation, he eventually nods yes.

Using his cell’s one-way phone, Eobard coaches Nora as she baits Godspeed and leads him up the side of the Central City Citizen Media building and across its rooftop. As Godspeed passes the satellite dishes, he gets whammied by microwave pulses and KO’d. After that big win, Nora beseeches Thawne to train her, but he notes “my time on this Earth us coming to an end, nodding to a countdown clock showing 1:13:31. Thawne then taunts Nora by asking, “How much do you really know about The Flash?” He guides her to the STAR Labs time vault, where Gideon greets Barry and Iris’ daughter and drops a major spoiler: your dad was The Flash! Gideon cues up a video Barry recorded for his daughter while, apparently, dealing with the crisis. “I’m sorry I wasn’t there to help you learn how to use her powers,” he said. “remember, my sweet Nora, I love you.” 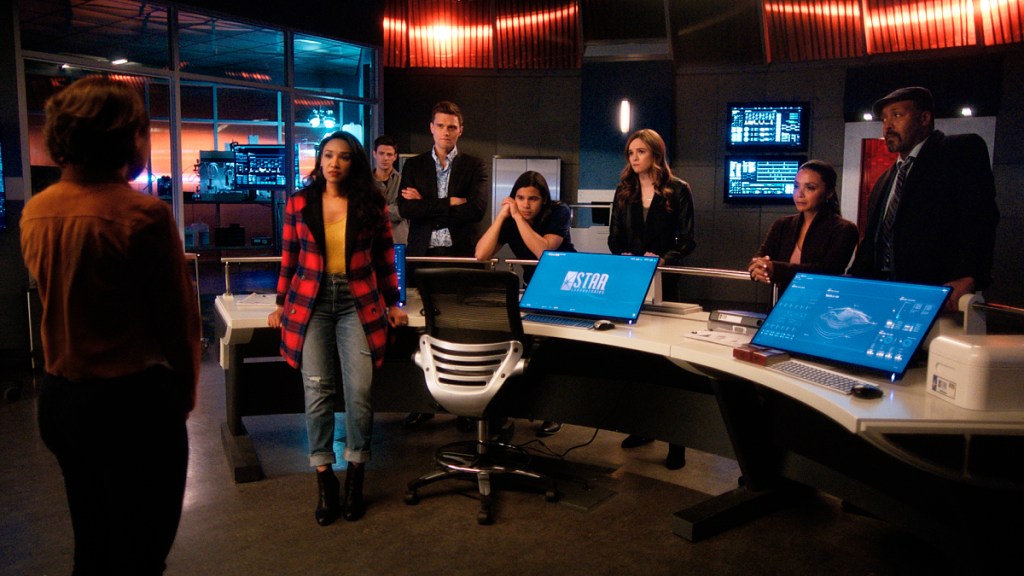 Cutting back to the present day, Nora affirms, “I just wanted to see you, Dad,” and maybe crack the unsolved Cicada case along the way. Thawne showed her how to do that. Barry, though, can’t help but note that Nora returned to Thawne multiple times after the Enlightenment and, worse, after learning about Reverse-Flash’s reign of terror. “I don’t trust you, Nora. And I can’t have anybody here with us I don’t trust…. It’s time for you to go home.”

And on that note, Barry whisks Nora back to 2049 and strongly advises her not to attempt to run back.

Before heading back himself, Barry confronts Thawne. “One wasn’t enough? You had to try to take my daughter from me, too?” Barry then gloats, “You always thought you were so much smarter, but you lost. And now you’ll get what you deserve.” Thawne, though, doesn’t seem terribly bruised by Barry’s words, as his countdown clock hits 0:10:00….

What did you think of the episode “Godspeed”? And what is Thawne really up to?