If you just emerged from a months-long binge of Game of Thrones‘ first seven seasons, there’s a good chance you have a lot of questions. And who better to answer them than the show’s stars?

On Monday’s episode of Jimmy Kimmel Live, Kimmel celebrated the HBO drama’s return with the pre-recorded sketch “Game of Phones,” which introduced a (fictional) hotline for puzzled fans who need some clarity on the show’s many storylines. (Or, in some cases, fans who just need a little life advice, like how to treat greyscale that isn’t really greyscale.)

In the video above, Thrones actors — including Sophie Turner (Sansa), Maisie Williams (Arya) and Lena Headey (Cersei) — answer calls at the Game of Phones headquarters, offering their two cents on questions like, “Who poisoned King Joffrey?” and “Can I have your HBO Go password?” 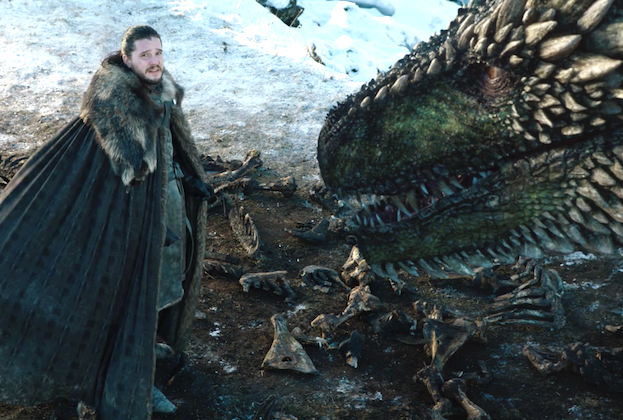 The sketch even features a few Thrones actors who have since left the show, including Kristian Nairn (who played Bran’s lovable companion Hodor) and Iwan Rheon (Ramsay Bolton, who’s just as sadistic as ever, if this faux-commercial is any indication).

We can’t confidently say that any of these Thrones stars are offering helpful advice — but they’re giving it their best shot. (And for only $2.99 a minute!)

Press PLAY above to see Kimmel’s “Game of Phones” sketch in full, then drop a comment with your thoughts.