God does work in mysterious ways: During Sunday’s season finale of God Friended Me, Miles was approached on the street by a woman (played by Awkward‘s Jessica Lu), who revealed that the Almighty sent her a friend suggestion for Miles!

After learning that Henry isn’t “God,” Miles told his dad that he was OK with not knowing who’s responsible for the account. But the episode-ending twist “reinvests Miles into the identity of who’s behind the God account” in Season 2, executive producer Steven Lilien tells TVLine. The core group will start to wonder, “If there are more [people] out there, what does this mean? And is there a larger plan at work here that they’re now just starting to sort of understand?” EP Bryan Wynbrandt adds.

Plus, the mystery woman’s introduction “allows us to change the dynamic and add a character who may be the only person who can understand the burden of what it means to be friends with the God account, much more than even Rakesh and Cara could understand,” Lilien points out.

Below, the EPs/co-showrunners discuss why Miles might need help, as well as what the future holds for him and Cara, who’s leaving for Paris to write a book about Simon, Henry and Pria! 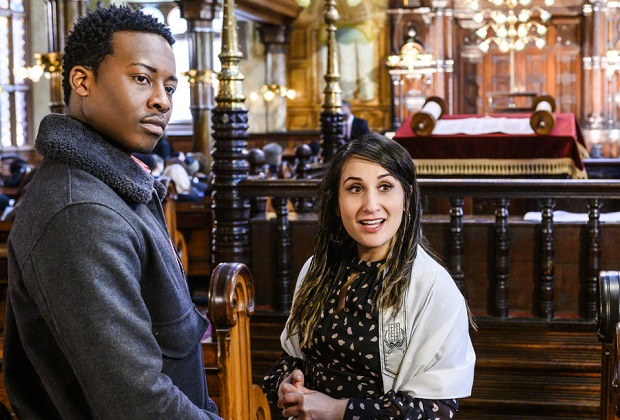 TVLINE | Everything is going seemingly great in Miles’ life: He and Cara pretty much admitted they love each other, his relationship with his dad is better than ever, he’s got his podcast back. What could he possibly need help with that the God account would send someone his way?
STEVEN LILIEN | [Laughs] It’s true, we have those series of events, and Miles is feeling really amazing in that last moment when he’s walking down the street. Things are all working, and then this character — we call her Joy — comes up and sort of changes everything. So I think the question is twofold: This is the second friend that God has now, and has Joy been sent Miles’ name because he needs help? Or is that Miles needs to help her and show her what he does? And those two aren’t mutually exclusive, per se, but I think it’s not just one thing that Miles is going to be trying to figure out, in terms of why Joy has been chosen by the God account.
BRYAN WYNBRANDT | That’s exactly what Rakesh is going to say to him pretty quickly in Season 2: “What are the two options here? You’re Obi-Wan to her? Or you need help?” In Miles’ point of view, “What could I possibly need help with?” But if you do think about the last episode, it was a cautionary tale about making sure you tell the person you love those words. So maybe Cara wasn’t supposed to get on that plane?

TVLINE | Is the God account franchising now? Is it spreading out?
LILIEN | [Laughs] I don’t know if the God account is franchising, but I think it definitely raises these new questions of, Miles now isn’t necessarily the only one, and what does that mean going forward? We don’t know right away where [Joy] is from, and where she lives. Has she come to New York? Does she live here? Those are all the questions we’re going to answer right away when we pick back up in Season 2.
WYNBRANDT | Regardless of who’s behind the God account, it’s a parable, and obviously, in all religions, there is the prophet and his followers. Where does Miles fall in the story? Is he the first? Is Joy the second? Or are there ones before him? What’s so exciting about Joy is she kind of shatters everything we thought we knew and flips it all on its head, and as storytellers, it’s an invigorating idea to expand the language of our show with her character. 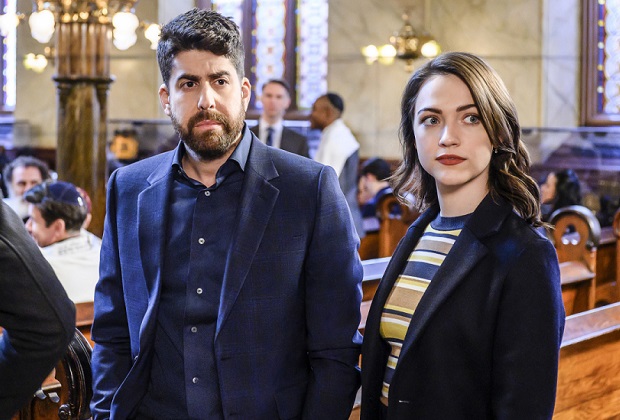 TVLINE | Because we didn’t see her get on the plane, I have to ask: Does Cara actually go to Paris?
LILIEN | [Laughs] She does. She was wearing the beret and everything. Yeah, she gets on the plane, and she goes to Paris. Honestly, we’re really excited, because we’re going to tell Cara’s story in Paris over the first couple episodes [of Season 2]. She’s going to have her own story and her own trajectory that will change her, so when she does come back to New York, things are not going to be the same as when she left.

TVLINE | What does that mean for Cara and Miles? They acknowledged that they love each other, albeit in a roundabout way. Does distance make the relationship stronger or weaker?
WYNBRANDT | I think it’s going to challenge them… I will say that every great relationship does need a challenge to become even stronger. It’s going to be a tough journey. And what does Joy’s entrance into the story do for that, as well, now that Miles has someone who, as Steven pointed out, understands the burden of what he’s going through in a different way than Rakesh and Cara? How does it affect those relationships?
LILIEN | [Miles is] walking down the street with Rakesh, [who’s] saying, “How come you didn’t tell her?” and [Miles is] saying, “Because she already knows.” We’ll pick back up in Season 2, and Miles’ struggle is: When does he tell Cara? He doesn’t want to immediately tell her, he doesn’t want her to come racing back. This is a big moment for her, on top of which this thing is happening. How is Miles going to share this news with Cara, and what does this mean for her and them?

TVLINE | Burning question: Did Henry return Pria’s feelings or not?
WYNBRANDT | I think he was very touched by them and moved by them, and as he said, he’s glad to finally know. I think he feels similar feelings, for sure.

What did you think of the God Friended Me season ender? Grade it via the poll below, then hit the comments!