Oh, Jackie boy, you’re in trouble. On Thursday’s Supernatural, the Nephilim tries to run away from his problems, but there’s no escaping what he’s done: Yes, Jack killed Mary. When Rowena confirms that “Mary Winchester is no longer on this Earth,” Dean breaks a chair before declaring that they will do what they always do when they lose one of their own: find a way to bring her back.

With anger in his voice, Dean orders Cas to figure out where exactly Mary is. The hunter is pissed that his pal didn’t inform them that something was wrong with Jack. “If he did something to her, then you’re dead to me,” Dean tells Cas. The angel explains that his faith in Jack never wavered, not even when he killed his pet snake. What he did “wasn’t bad. It was the absence of good,” Cas notes, adding that he thought he could fix the problem on his own. Now he’s trying to make good by reaching out to his fellow angels. Duma appears and informs Cas that Mary is at peace after dying “painlessly, instantly, completely. Mary Winchester is complete. You and the Winchesters might not be, but she is.”

Meanwhile, Jack goes to Rowena, seeking a magical way to undo his mistake. He explains that he accidentally killed Mary when he, for a second, wished her to be quiet and gone. Rowena warns him that whatever he brings back won’t be her and refuses to help. Should Jack raise Mary, “he’ll bring back something terrible,” Rowena tells Dean and Sam. The brothers arrive just as Jack finishes the spell, but the kid’s efforts didn’t work, leaving Dean to cradle his mother’s lifeless body in his arms. 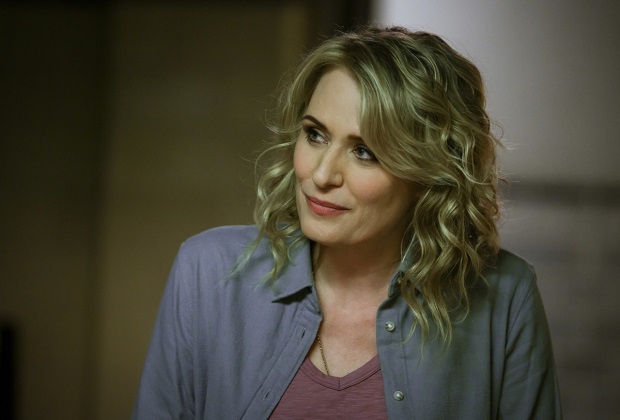 Knowing that Mary is at peace in Heaven with John, Dean, Sam and Cas give her a hunter’s funeral. And in a nice, little tribute, the episode features brand-new flashbacks between the Winchester family matriarch and each character. Cas remembers a moment not long after Mary’s return in which she was afraid to let him heal her. He told her he was glad that she was back so Dean and Sam don’t have to be so alone, to which Mary meaningfully replied, “They were never alone.” (Sam talked his brother down, so it looks like Dean and Cas’ friendship is intact, despite Dean’s earlier threats.) Other flashbacks include a training session with Jack, a parenting talk with Sam, and Mary simply sleeping on Dean’s shoulder as he drove.

As for Jack, he’s being haunted by his subconscious, which takes on the form of Lucifer, and the devil has a message for him: Dean, Sam and Cas will never trust him again, which means he can’t trust them. So that’s not great for anybody.

Supernatural fans, what did you think of the show’s latest death? Hit the comments with your thoughts!