A new kind of terror is coming to AMC this summer.

The cabler announced on Monday that the next installment of its horror-infused anthology, The Terror: Infamy, will arrive on Monday, Aug. 12 at 9/8c. Leading out of that will be Season 2 of the “modern fable” Lodge 49, at 10pm. 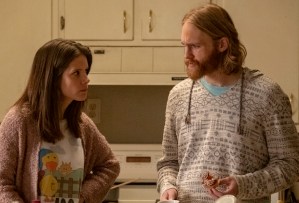 Set in Long Beach, California, Lodge 49 follows Sean “Dud” Dudley (played by Wyatt Russell), an ex-surfer whose beloved fraternal order — the Ancient and Benevolent Order of the Lynx — is suffering under new rule by an ill-suited leader. Despite his “Knight” and mentor Ernie’s (Brent Jennings) lost faith, and his twin sister Liz’s (Sonya Cassidy) struggle with their
past, Dud believes he is the key to restoring the Lodge to its former grandeur and putting the rightful king on the throne. The cast also includes Linda Emond as Connie, Eric Allan Kramer as Scott and David Pasquesi as Blaise.