When we last saw New Amsterdam, Max and Helen were about to have a very important conversation regarding their relationship when a blackout oh-so-rudely interrupted them. But even though the docs are now dealing with a power outage on top of a snowstorm, they will have the all-important talk in this Tuesday’s episode (NBC, 10/9c).

“They’re going to have it out, and everything that’s been bubbling up in [Episode] 16 is going to come out” in this week’s installment, showrunner David Schulner tells TVLine.

Perhaps prompting the colleagues/friends to address whatever’s happening between them is the clairvoyant who warned Max that he’s going to lose “her” — and she wasn’t referring to his wife. The woman also told Helen, who’s currently got a boyfriend, that it’s never going to work out between her and Max. But how much stock are the duo putting in the woman’s words?

“For Max, the idea of losing Sharpe would be the end of his life,” Schulner says. “He has placed his life in her hands, and I think it is truly life and death for him if she was to leave, if he lost her in any way.” 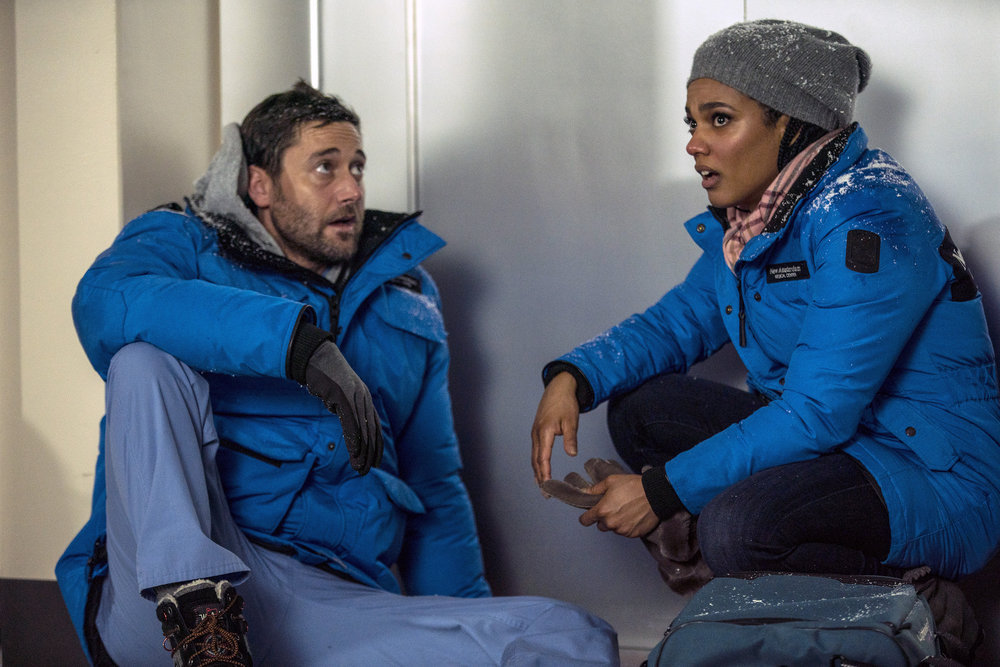 For Sharpe, however, “the fact that the clairvoyant thought that they were a couple, could be a couple or couldn’t be a couple is completely confusing to her,” Schulner adds, “because she never even thought about them that way until everyone around her starts pointing out the chemistry they have together.”

Whatever Max and Helen are to each other is just as much up to viewers as it is up to the characters, Schulner says. Going into the series, “we knew that Max and his oncologist were going to be tightly interwoven throughout the season, just because she’d be the person that he was relying on to, essentially, save his life,” Schulner shares. “Ryan [Eggold] and Freema [Agyeman], together, are just delightful to watch. What I love about their chemistry together is some people think it’s the perfect friendship. Other people think it’s the perfect work husband/wife relationship. And then kind of the third group is just pining for them to have a romantic relationship, even though he’s married and expecting a child… We love the entirety of our audience’s investment in them. That’s essentially what we wanted to pay homage to: that we know they’re great together, and we know how important they are to each other. So we wanted to play with the audience’s expectations of where that’s going — or not going.”

While trying to figure out what their feelings for each other might be, Max and Helen will also have a crisis to deal with, as seen in the above exclusive sneak peek. “Not only does the power go out, but the backup generators don’t kick in,” Schulner previews. “Max has no choice but to keep the hospital running because it’s the only hospital still open during the storm. So they have no choice but to make do with what little they have. Meanwhile, you have babies in the NICU getting cold, patients on life support [who are] literally going to die.”

Press PLAY above to watch the preview, then hit the comments with your thoughts on Max and Helen’s relationship.