Good Trouble‘s Season 1 finale was full of choices, both of the romantic and professional persuasion.

Callie found herself torn between Gael and Jamie during a tango dance dream sequence, while also dealing with whether or not to give some damning files to the plaintiffs in the Jamal case. Meanwhile, Mariana stood up in solidarity with her female colleagues — and kissed Raj! — but decided it might be time for her to leave Speckulate, after which Evan told her that the company owns her activism app.

Elsewhere, Davia finally heard from Dennis, who had checked himself into a 48-hour hold at the hospital, and Alice learned that her parents already know that she’s gay. Plus, Malika helped her brother accept their mother’s brain-dead prognosis.

Below, executive producer Joanna Johnson reveals whether Callie picked a beau and talks about Davia’s surprise feelings for Dennis. Plus, the EP previews what’s in store for Season 2. 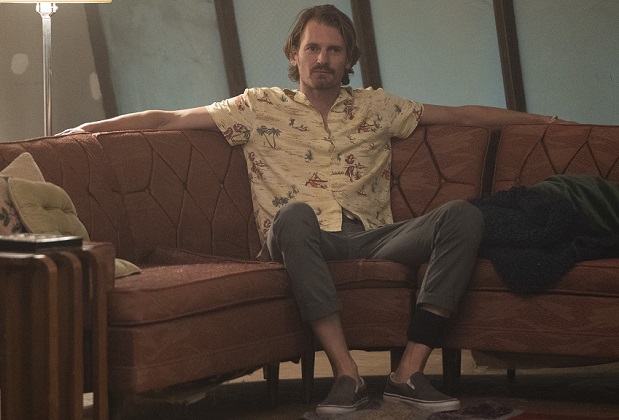 TVLINE | It was such a relief to find out that Dennis is OK. Did you ever consider going another way with that storyline?
No. We love the character, and we love the actor [Josh Pence]. We wanted to do a story about grief and how grief is such a long process, and how you grieve the loss of a child, which I can’t imagine anything worse in the world happening to anyone. So we definitely didn’t want to have him to take his life, and we feel pretty sensitive about being very, very careful not to encourage or romanticize suicide in any way at all. [We wanted] to try to tell a story about how to deal with grief and how to deal with depression in a life-affirming way, and that’s ultimately where we want to go with the story.

TVLINE | Going forward, what can we expect out of Dennis’ journey and his friendship with Davia?
We learn that Davia doesn’t want to go back to Pittsburgh, has sort of gotten tired of waiting for Jeff and realizes that she deserves more. But [she’s] also realizing, in this fear of losing Dennis, that she really loves this guy. She has feelings for Dennis that she has to unpack. So going forward, that’s definitely going to be something that Davia’s going to be dealing with. But as you see in the finale, Jeff shows up and says, “I left my wife finally,” so she’s in this position where, “Oh, my God, I finally got this guy to leave his wife. What do I do now? How do I dump him? And I’m not sure that’s what I want.” She’s very confused going into the next season.

TVLINE | We did not find out what Callie decided when it comes to Gael and Jamie, but in her mind, did she choose somebody in this episode?
No, she has not made a choice in this episode.

TVLINE | The final scene with her pushing both guys away, I interpreted it as her choosing herself.
That is part of it, yes. In Season 2, you see that, and then, I will say, an eventual choice is made.

TVLINE | Both Gael and Jamie are such good, viable love interests for her. Is there a part of you that hates to see the love triangle go?
Just because she maybe makes a choice doesn’t mean the love triangle is going. That’s going to stay alive for a long time. No choices that you make when you’re 23 years old are permanent. They’re all in flux. I think that Callie continues to struggle with those two sides of herself that those two guys represent and with her feelings for both of them.

TVLINE | It looks like you had a lot of fun with the tango dream sequence in this episode. Where did the idea for that come from?
When I first walked the set of The Coterie, I, for some reason, immediately thought of Moulin Rouge and the tango sequence in that. I’m always saying about the writing, in every story, “Where’s the conundrum?” I like to see characters torn between two choices and not sure what choice to make. In Moulin Rouge, she doesn’t know whether she should go with the rich guy, save the play, or whether she should leave and be with the young starving artist. I just thought, “We gotta do a tango in here.” I later thought, “OK, so it’s going to be about making a choice between not just the two guys, but between Malika and the judge and what they represent in her life and career.” So I like the idea of having a tango with her feelings, with her conundrum.

TVLINE | Where do things stand for Callie, professionally, going into Season 2?
We don’t know whether she gave Officer Griffin’s personnel file to the plaintiffs or not. She has that debate with herself, which was really fun to shoot as well. I got that idea in some ways from Orphan Black. It’s amazing the way they shot that. I also felt like Callie has no one to talk to, and so she has to talk to herself. There’s a side of herself that’s saying, “Don’t do something stupid. It’s unethical,” and another side that’s saying, “What’s unethical is that he’s not getting a fair trial and these personnel files aren’t coming to light.” So we go into next season not knowing whether she gave the files or not. If she did give them, she’s in a tremendous amount of trouble, ultimately, if she gets found out. That’s what we unravel in the first couple episodes of next season, as well as what happens in the trial. 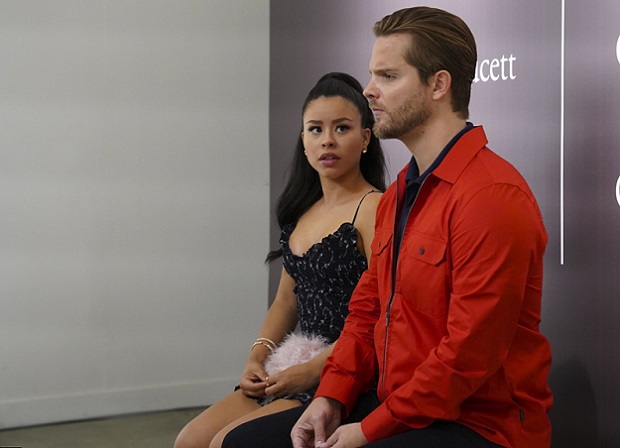 TVLINE | The world of Speckulate has given the show so much rich, timely story. Can Mariana really leave that job?
That’s what’s really tough: Can she? She does the right thing by sticking with her “fight club” girls and publishing the men’s salaries to make a point that they’re getting paid more than women for the same work, but now she’s put herself in some jeopardy. Evan wants her to stay, but now she has these questions about whether Evan’s intentions toward her are professional, or if they’re personal, and how awkward that might be. And also, what happened with this former employee Amanda? That’s a mystery that we’ll also explore next season. 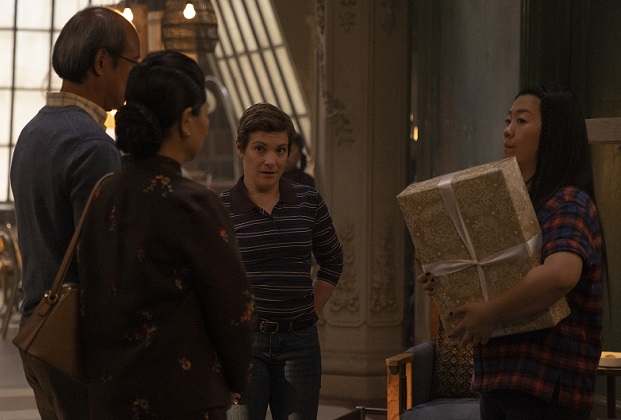 TVLINE | I really loved that Alice’s parents knew and were just waiting for her to come to them. How is that revelation going to change how she feels about her sexuality and her relationship with Joey?
I think it’s really interesting, because sometimes you think that when you come out to your parents, and if they accept you, that you’re suddenly going to be comfortable in your own skin and with your sexuality and with being out. What you don’t realize is that you have your own internalized homophobia, not just based on what you think your parents were going to say, but also just being in the world and how difficult it is to be different in the world or to be your authentic self in a world that does not always unanimously applaud that or accept that. She’s going to be dealing with that, as well as the fact that there are certain stipulations her parents might place on her being out. Sometimes your parents are like, “That’s great. We accept that you’re gay. Just don’t tell anyone.” Or, “We accept that you’re gay, but don’t act gay.” Or, “We accept that you’re gay, but don’t be one of those pushy gay people, wanting your rights and everything.” She’s also going to deal with that.

Good Trouble fans, what did you think of the season ender? Grade it via the poll below, and stay tuned to TVLine for even more Season 2 scoop!