Ten years ago today, ER wrapped up its run after 15 seasons, but we’re still scratching our heads about a Doug Ross revelation from the show’s very early days.

ER Cast: Then and Now

The pediatrician, played by some guy named George Clooney, would go on to have twin girls with Julianna Margulies’ Carol Hathaway. However, as eagle-eared viewers with long memories (or a Hulu account) might remember, Doug revealed to a patient in Season 1 that he had a son. He then told Nurse Wendy that he doesn’t know the child’s name and has never seen him. And that was the first… and last… time the show ever acknowledged Doug’s first offspring.

Explaining the one-and-done mention, ER executive producer John Wells tells TVLine, “There are people among us who lose track of their children.”

“[George and I] talked about it at the time,” Wells recalls. “We both know people, know men, who had children that they have no contact with for whatever reason. That’s what we were trying to play with.”

Although Doug was absent in his son’s life, the boy played a big role in his father’s career path. “Part of the reason why he wanted to become a pediatrician and be around children and care for children is because of his guilt that he wasn’t the person he wanted to be when he had a child as a young man,” Wells notes. “That was always meant to be part of who was, but we didn’t want to turn it into a Hallmark movie.” 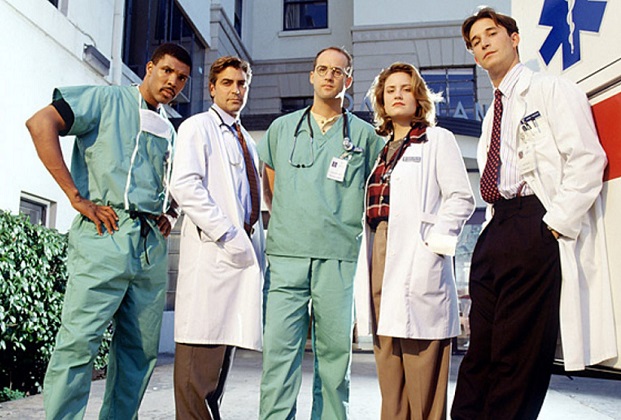 As for whether the seminal NBC medical drama will ever find new life in this era of revivals and reboots… well, don’t count on it. “I’m not really interested in rebooting shows,” Well says. “We had a wonderful experience doing ER. … But I [feel] like we told those stories. I wouldn’t want to do anything to, in any way, remove or damage what the experience was at the time.”

While Wells understands viewers’ desire to return to a different period and a different world, “I’m not a big fan of the reboots and the nostalgia for old shows, particularly when they’re available now” on streaming platforms, he adds. One need only to cue up Hulu to see that “while some of the hairstyles [on ER] are a little weird, the issues and things that we were talking about, the emotions and experiences people were going through, are still valid and still have resonance.”