Fox’s Gotham ain’t April foolin’ with its latest final-season teaser, which reveals what exactly has become of Jeremiah Valeska after he took that dunk into a vat at Ace Chemicals.

The new promo is simply titled “J,” which could stand for Jeremiah. But could it also stand for the big J-word from Batman lore? (Sorry, Jim, we don’t mean you.)

As executive producer John Stephens put it at Winter TCA, “If he’s not The Joker, then he’s someone who does provide the origin story for the person who you’re going to see later on, so you can look at that later guy and go, ‘Oh, yeah…. I understand where that came from. Which sounds, I know, coy, but that is how we thought about it.”

The assorted Valeskas’ portrayer, Cameron Monaghan, whose new look is seen in full below, in turn said, “There’s something really interesting about The Joker and reinvention, the idea that that’s a character that’s chameleonic. He changes depending on the situation.

“We’ve seen this character be reinvented so many different times across the show, we’ve seen different permutations,” he added. “And now… it’s all crystallized into this final form, I would say. So it’s not even so much a new person as it is, I think, just the distilled version of what we’ve been doing for five years.” 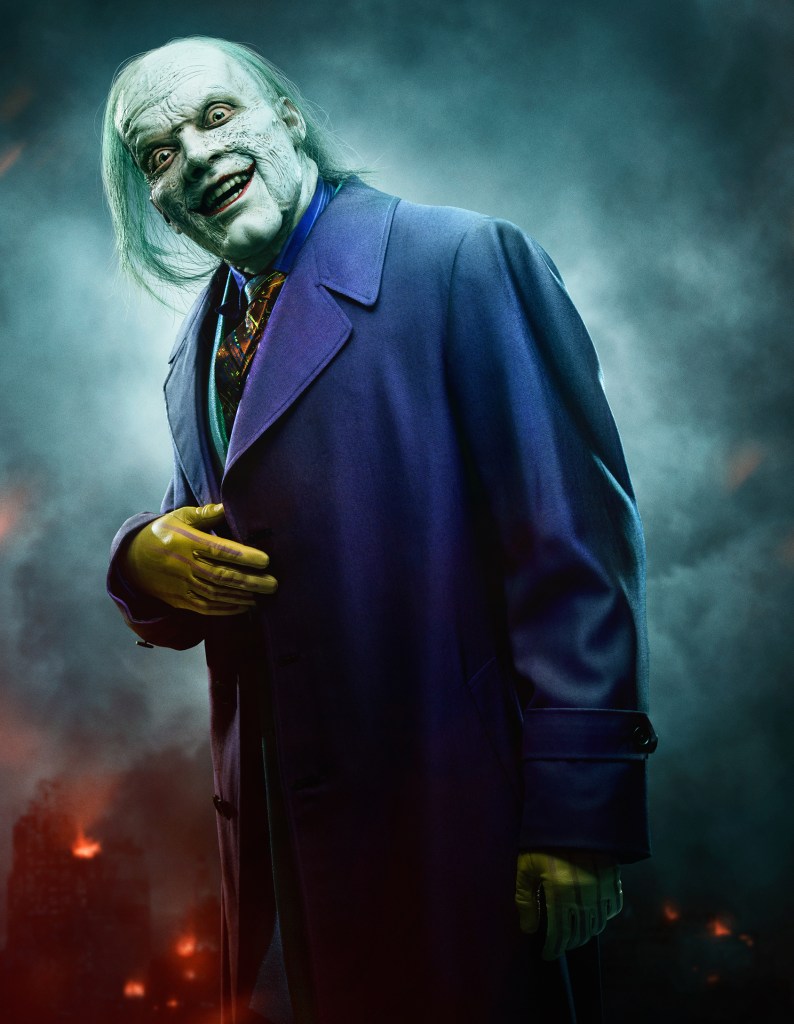