The 100‘s new world is all sunshine and rainbows and… eclipse-induced psychosis, apparently. As revealed in the just-released trailer for The CW drama’s upcoming sixth outing, surviving the 125-year time jump between seasons will prove much easier than surviving the strange new planet our heroes have found themselves on. (A name like “Sanctum” has to be misleading, right?)

With an opening narration from the late, great Monty Green, the trailer finds Clarke & Co. exploring the seemingly idyllic world of Sanctum — ruled by Teen Wolf‘s JR Bourne, it seems — only to discover it’s much darker than it appears. Which is actually kind of ironic, considering it has two suns.

Other highlights from the trailer…

* Who’s up for more Blake family drama? After admitting that she’s a monster, Octavia begs Bellamy, “Say I’m your sister,” to which he replies, “My sister died a long time ago.” Ouch. 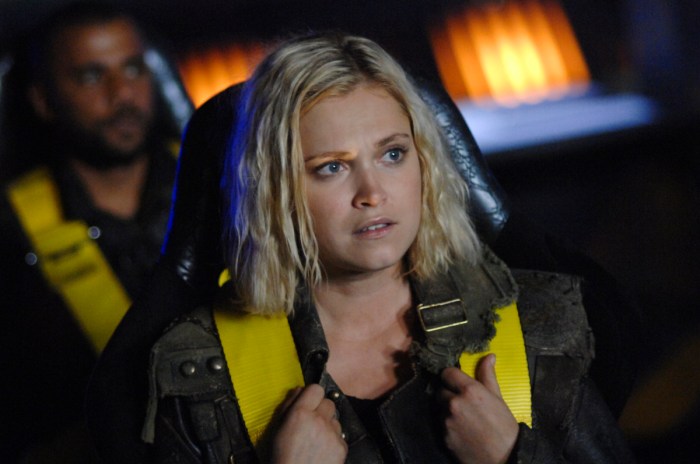 * Abby and Kane — who are both alive and well! — are taking a whole bunch of the credit for getting our heroes this far. “Abby, everything we did, everything that happened … happened so we could get here,” he says. “I believe that, too,” she replies.

“These people are dangerous,” Bourne’s character says. “They will burn this world down, just like their last one.” When Clarke insists that her people can change, he replies, “I believe you want to, Clarke. I just don;’t believe you can.”

Hit PLAY on the video above for your first look at The 100‘s sixth season, premiering April 30 at 9/8c, then drop a comment with your thoughts below. (And we know you’ve got plenty of ’em.)