Friends, there’s not much that Jane the Virgin showrunner Jennie Snyder Urman can reveal about the Michael-shaped twist in the Season 4 finale. But that doesn’t mean she’s keeping mum about other major events taking place during the fifth and final season (premiering this Wednesday at 9/8c on The CW).

In keeping with the swan song’s “full circle” theme, “there are moments that we’re actively calling back, and so that’s fun,” Urman tells TVLine. For example, Season 1’s “It’s not a milkshake, it’s a baby” moment on the porch swing is “very central to a certain moment in the show this year. There are different choices that Rafael has faced in the past that he handles in different ways… We call back the flower from the pilot, I think, in a fun way.”

Then there’s this tantalizing tease: “There’s a wedding in the middle of our season this year, and we do our singing chorus of ‘have sex and enjoy love’ in a different way,” Urman previews.

Plus, that’s not the only big life event in store for the show’s farewell run. “Jane always has a pregnancy around the season finale, and that will happen,” Urman teases. And of course, “there are deaths. It’s a telenovela. People are going to have to die.” 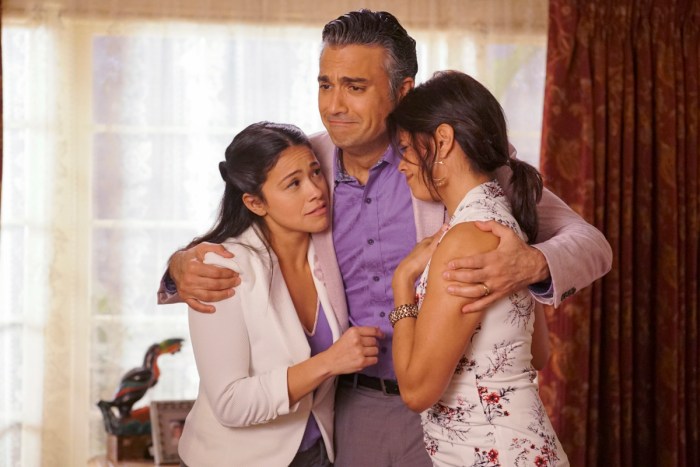 In revisiting iconic scenes from the show’s past and giving them a unique spin, Urman hopes that viewers will feel that “the characters have grown and learned and changed and, if in similar situations, would act differently, because [in] five years, you change as a person,” she says.

“I really just want to give a sense of closure,” Urman continues. “I want the audience to feel like they’ve been told a story, because that’s always been so essential to the DNA of Jane. She’s a storyteller, [and] this is a story. You have the narrator leading you through it. So I wanted them to feel like they’ve reached the end, to stop saying, ‘To be continued,’ and now you’re at the end.”