We’ve got questions, and you’ve (maybe) got answers! With another week of TV gone by, we’re lobbing queries left and right about shows including American Gods, The Resident, Riverdale and Schitt’s Creek!

1 | How did Arrested Development‘s Portia de Rossi maintain second billing on Season 5 when she only appeared in four episodes of the first half, and a single scene in the second half (at the tail end of the finale)? 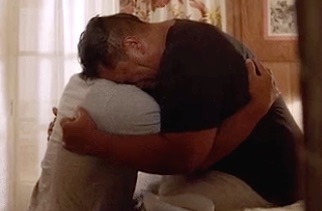 2 | Did Hawaii Five-0 catch you off guard with how emotionally powerful that final scene between Junior and his dad was?

3 | Dare we theorize that Blue Bloods is inching Danny toward Megan the ME for his first post-Linda romance?

4 | Exactly how much time do World of Dance contestants have to come up with their redemption routines? 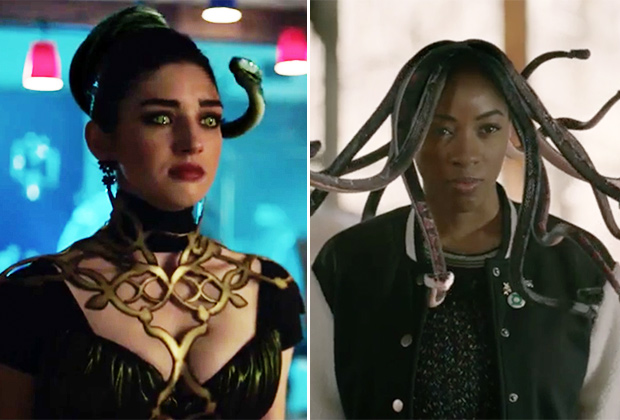 5 | Considering the wealth of mythological creatures at both shows’ disposal, what are the odds that Charmed would do a Medusa/Gorgon episode just three days after Legacies?

6 | God Friended Me viewers, when you saw Sharif Atkins in Sunday’s episode, did you hope that Parminder Nagra would return as Pria so that we could get an ER reunion?

7 | Are you glad that NCIS: LA promos hinted at Hetty’s return, or would you have liked to be more surprised? Also, would it have killed Deeks to at least shave for his wedding?

8 | American Gods fans: Isn’t it tough to reconcile that the bookish, worldly teen version of Shadow eventually grew into the oafish gym bro we met at the beginning of the series?

9 | On Arrow, was Nyssa being Mia’s fighting teacher the most delightful surprise? And is Oliver’s sudden absence once wee Mia began training yet another clue that his days are numbered? 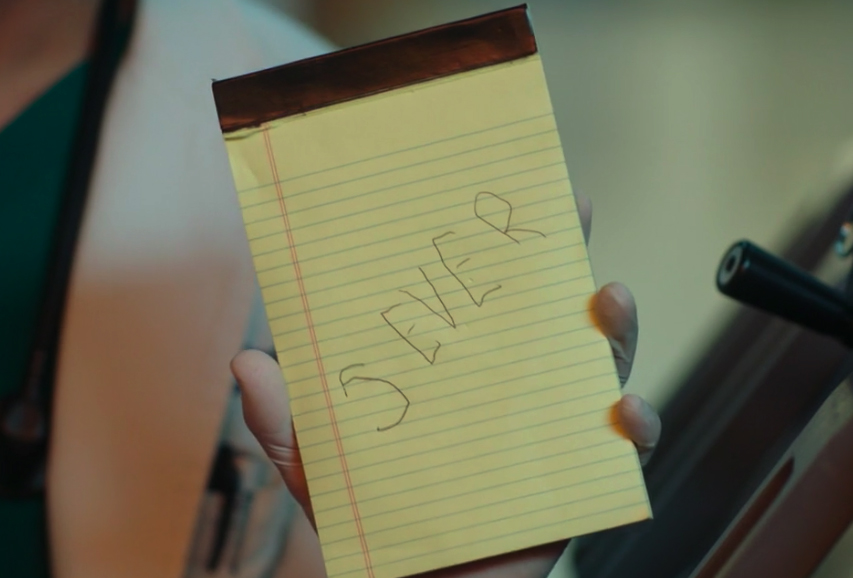 10 | Didn’t The Resident‘s Abe Benedict have remarkably neat handwriting for someone who’d just woken up from two intense surgeries, was showing signs of organ failure and was wrapped in a rotation bed?

11 | The Enemy Within‘s Shepherd always being shackled is already pretty old, isn’t it? Also, wasn’t that whole (sponsored) VR thing just too, too much?

12 | Even though it was said in jest, when Amy Schumer quipped in her Netflix special Growing that the only reason she continued with her comedy tour in the face of her very difficult pregnancy was because Live Nation would’ve sued her for breach of contract, execs at the concert behemoth had to wince a little, right?

13 | Is The Flash relying too much on the Tannhauser site as a place to send characters away? Hadn’t Orlin already consented to comatose Grace getting the cure, once he himself did? Wouldn’t that fulfill the team’s ethical requirement? And between Ralph and Arrow‘s Connor both fan-boying over Spider-Man this week, does one of Marvel’s (few remaining) TV shows owe the universe a Superman or Batman mention? 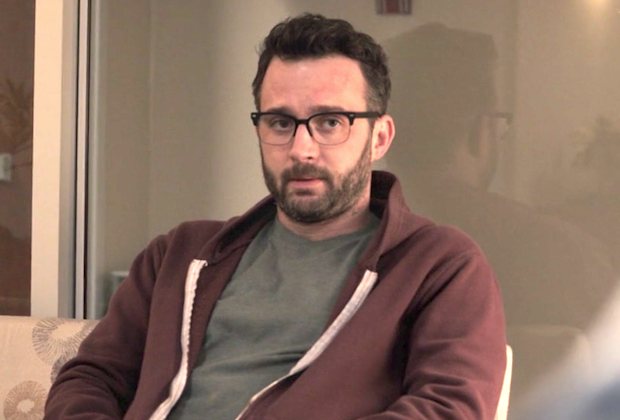 14 | This Is Us viewers, how long did it take you to ID that NICU dad as American Pie/Scorpion vet Eddie Kaye Thomas?

15 | Why did The Rookie make Lopez look bush-league by having her take a cell phone call during a high-stakes takedown? Also, how did Nolan and Andersen’s capture/torture go from day to night with no one looking into their absence/last call-in?

16 | Considering the fact that Riverdale‘s last musical ended with a cast member’s dead body displayed on stage, did Hermione maybe have a point that the violent Heathers wasn’t a great choice for this year’s production? That said, wasn’t it crazy how closely the songs matched what’s going on with the gang? But between The Breakfast Club, Carrie and now Heathers, we have to ask: Are the show’s tributes skewing too old for its mostly young audience and characters? Aren’t these kids more likely to know Mean Girls than Heathers?

17 | What was up with Empire reducing the fallout from Andre’s dramatic, nose bleed-propelled car accident to a mere phone call from his doctor?

18 | Has NBC officially maxed out on Michael Bublé specials? 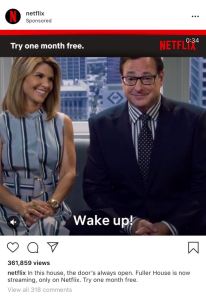 19 | How could Schitt’s Creek have sent Moira to a soap-fan convention without giving us a Sunrise Bay flashback?

21 | Did Grey’s Anatomy just warn us not to invest too heavily in Teddy and Koracick — as if that ship hadn’t already sailed! — by having her page Owen, not Tom, during her labor scare? And how petty was it of Owen to withhold the intel from Koracick even as he bolted from birthing class? Also, how did young Nora, who never appeared to go a moment unsupervised, manage to sneak a juice box into her hospital room?

22 | Wouldn’t Station 19‘s shared shower have been a lot sexier if Gibson rose from kneeling to reveal to us he was there with Bishop?

23 | Did The Orville spin one of this TV season’s sweetest love stories, due in large part to the work of Scott Grimes and guest star Leighton Meester? Also, did the cautionary aspects of the cigarette storyline sufficiently offset the super-pleasurable smoking experience it suggested? 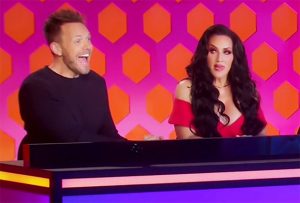 24 | Were Michelle Visage and Joel McHale doing a “bit” on RuPaul’s Drag Race, or did she actually want to murder him?