The two-hour revival — written by series creator David Milch and set to debut on May 31 — picks up 10 years after the events of Season 3, which wrapped in 2006. “Former rivalries are reignited, alliances are tested, and old wounds are reopened, as all are left to navigate the inevitable changes that modernity and time have wrought,” per the official logline. 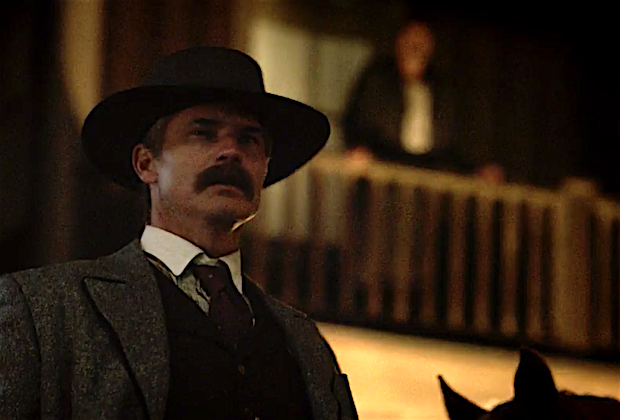 The movie “is a big Valentine to Trixie and Al,” Malcomson previously teased to TVLine, referring to her and McShane’s combustible couple. The Ray Donovan actress added that she was particularly impressed with how Milch was able to recapture Trixie’s singular (and expletive-drenched) voice after more than a decade away. “The thing that makes Trixie so fun to play is she’s so loved by David,” she enthused. “David loves her so much. I can’t believe her voice is still so present. It’s just right there. It’s really beautiful when you play a character that the writer [adores]. It just goes so deep for him.”

Press PLAY on the trailer above, then hit the comments with your reactions.