If you remain unfamiliar with the details of O.J. Simpson’s murder trial (or you still have an American Crime Story backlog on your DVR), fear not: You can get the CliffsNotes version from ABC’s The Fix.

The freshman legal drama was co-created by Marcia Clark, the lead prosecutor in Simpson’s trial who failed to get him convicted at the time. The Fix, somewhat unsurprisingly, gets plenty of plot inspiration from real-life events. Robin Tunney (The Mentalist) stars as Maya Travis, a high-profile district attorney who hopes to put movie star Sevvy Johnson behind bars for murdering his wife and her friend.

In the opening moments of Monday’s premiere, though, the jury in Sevvy’s trial finds him not guilty, and Maya is crushed. She opts to leave the legal world altogether after that devastating defeat, creating a new life for herself in the Washington countryside — until one day, eight years later, a former colleague shows up to inform Maya that Sevvy has killed again. His much younger girlfriend, Jessica, has been found dead, though Sevvy naturally denies any involvement in her demise. 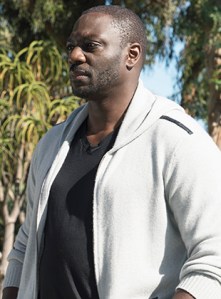 Against Maya’s better judgment, she agrees to return to California for a few days, only to provide the new D.A. and his team with the most basic assistance in getting Sevvy charged. But the longer she’s in town — and the more likely it seems that Sevvy killed Jessica — Maya realizes she can’t go back to Washington until this new case is completely closed, and she decides to stay in California for the foreseeable future.

Maya isn’t exactly welcomed back with open arms, though. Despite the warm (and flirty!) rapport she has with Matthew, the colleague who asked her to come back to California in the first place, Maya gets the cold shoulder from other team members, both old and new. Her longtime friend CJ, played by Alias‘ Merrin Dungey, is still bitter that Maya bailed after Sevvy’s first trial, even though she wasn’t the only lawyer who was crushed by the jury’s decision. And young attorney Loni, who is slated to be the lead prosecutor in Sevvy’s new murder case, isn’t a fan of Maya bursting in and running the show. (She’s even less pleased when Maya takes over as lead prosecutor before the hour is up.)

Sevvy, meanwhile, gets back into business with Ezra Wolf, the slick defense attorney who got Sevvy acquitted in his first trial. Ezra’s got some issues of his own these days — he’s caught up in an ugly gambling mess — but he still jumps at the chance to defend Sevvy once again, and he recruits a dozen of his highly ambitious associates to help him with the job.

Unfortunately for Sevvy, all of the evidence from Monday’s premiere only makes him look more guilty of murdering Jessica. For one, Maya and CJ uncover a video diary that Jessica had been keeping before her death, where she showed off the many bruises that an abusive Sevvy had given her during their relationship. Those videos are enough to get Maya a search warrant for Sevvy’s house — and just before the cops arrive to look around the property, a panicked Sevvy passes off a black duffel bag to his stepson and urges him to hide it somewhere. (But the episode ends before any Ford Broncos can get involved.)

OK, your turn. What did you think of The Fix‘s premiere? Grade the episode in our poll below, then hit the comments to back up your choice!