Next up in this year’s KEEP OR CUT series is a Marvel drama that may require a superhuman effort to save it.

THE CASE FOR KEEPING | Whereas Season 1 meandered a bit, busy with table-setting and backfilling backstories, Season 2 set up clear and interesting stakes as the Mutant Underground splintered, with some defecting to the Inner Circle. Interpersonal dynamics were in turn shored up, causing us to cheer the meeting of a father and his newborn daughter… or weep when a hero seemingly lost his love toward season’s end. The show also boasts a largely solid cast, with many an actor (though not all) putting a firm, definitive stamp on the character they were playing. 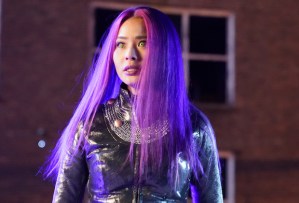 THE CASE FOR CUTTING | The numbers ain’t super. Season 2 averaged fewer than 2 million viewers and just under a 0.6 rating, dropping 40 percent from its freshman run. Among Fox’s 10 dramas, it delivers the smallest audience and only bests Friday newbie Proven Innocent in the demo. (And its DVR playback boosts are neither here nor there.) For a cheapo three-camera sitcom, those numbers might pass muster, but The Gifted costs some coin, and it sounds like Season 3 would require even more powers to be on display. Plus, with Disney about to own 20th Century Fox (which produces The Gifted in association with Marvel), would the broadcast network want to pay someone else to air an under-performer?

On the creative front, I think you have to wonder: Can a series such as this ever meet X-pectations, on a TV budget? We don’t watch X-Men or Avengers movies for quiet conversations and the knitting of brows over morality, but mainly to get dynamic, sprawling, highly populated showdowns. Even the Arrowverse hasn’t staged one since its 2017 crossover, while The Gifted‘s season-enders have both centered around… close-quarters shootouts.

Vote below, then state your own case for keeping or cutting The Gifted.