Warning: The following contains spoilers for Sunday’s God Friended Me.

After an awkward first date, Cara and Miles wondered if maybe they missed their window and then agreed to just be pals. But when their latest Friend of the Week pushed them to kiss — it’s tradition at her dad’s Italian restaurant to smooch when Dean Martin plays over the speakers — Cara and Miles couldn’t help going back in for seconds.

Below, star Violett Beane talks about the pair’s lip-lock and what it means for their relationship status. Plus, the actress warns of “tough decisions” ahead for Cara and Miles.

TVLINE | Were you surprised that the date started off on such an awkward note for them?
In my mind, I didn’t really anticipate that. But when I read the script, I understood where it was all coming from. Up until this point, they’ve talked about themselves and their family and stuff, but they really have the God account that bonds them together and that makes them relate to each other. So when you take that away, I think it kind of makes them take a step back and question it a little bit more.

TVLINE | Were you worried that after all this buildup that it actually wasn’t going to work out between them?
Yeah! I was like, “Bryan and Steven, what are you doing?! What is this character development?” Those are the creators of our show. And they were like, “Just trust me. Keep reading.” [Laughs] 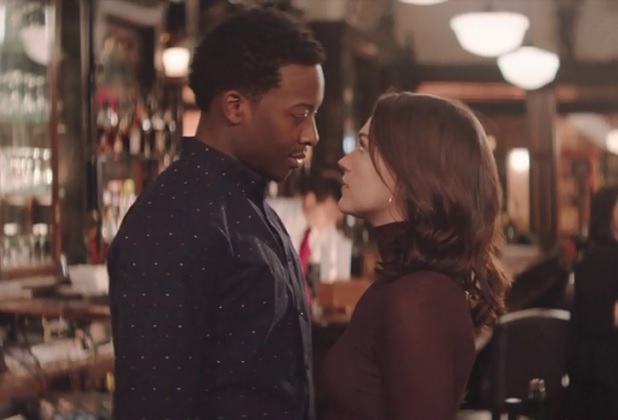 TVLINE | At the end of the episode, things take a turn, and they have this really lovely kiss. Why was now the right time for them to take this step in their relationship?
I think it’s that scene that Miles and Arthur have, where he tells him, “Chemistry is something that builds over time. Friends have chemistry, but a spark is something that you can’t deny, and you know it when you know it.” For Miles and Cara, when they have that first kiss that they’re sort of forced into, that’s the spark. The spark ignites in that moment, and they realize that, yes, they do really like each other in that way.

TVLINE | Clearly, they both felt something during this kiss, or they wouldn’t have pulled back in for another one. What’s going through Cara’s mind in that brief pause between the kisses?
I think it was surprise and also excitement, and maybe a little bit of relief that how she was feeling is justified and that he feels it, too. When something like that happens, it’s not one-sided. Something happens, and you both feel it.

TVLINE | Figuring out when to get your couple together on a show is such an art form. There are shows that wait until the last season, or they wait several years. You guys didn’t wait that long. Was that exciting for you? Or were you worried that maybe you’re pulling the trigger too soon?
There’s no denying that, oftentimes in shows, when characters get together, either they don’t know what to write after that, or the chemistry between the characters is just different. But I feel so confident that Bryan [Wynbrandt] and Steven [Lilien] know what they’re doing. We’re just about to finish filming the last episode of the season, and I can tell you just from what we’ve been working on that it doesn’t affect the friend group and the ultimate goal of what they’re doing. I think they’re going to do this pretty well. 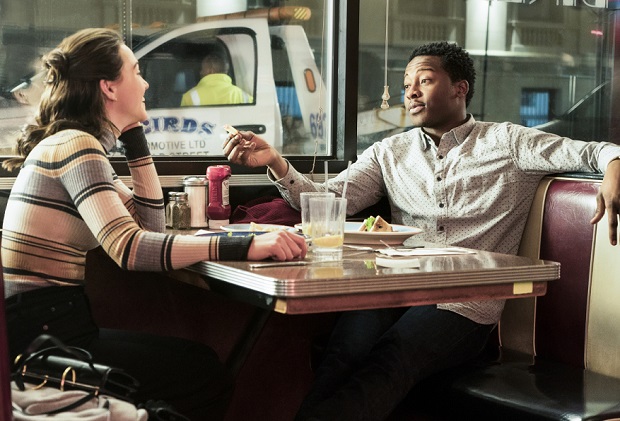 TVLINE | How does it change things between Miles and Cara? Are they officially a couple now?
They are taking things slow, but they’re there for each other in a way that friends aren’t. For the two of them, it’s important that they both stay true to who they are and what they want in life, because if one of them compromises for the other, then they’re not in the relationship that they were originally in. If they decide to do something that they wouldn’t have done before, then it puts a lot of pressure on the relationship.