Next up is Fox’s gritty take on a medical drama…

THE CASE FOR KEEPING | In its sophomore season, the series has set itself apart from the plethora of hospital shows currently on TV by evolving into an engaging and gripping medical thriller. (Who knew we could despise a medical device company so much?) In exposing the corporate underbelly of medicine, The Resident feels different and honest while still maintaining a sense of hope. 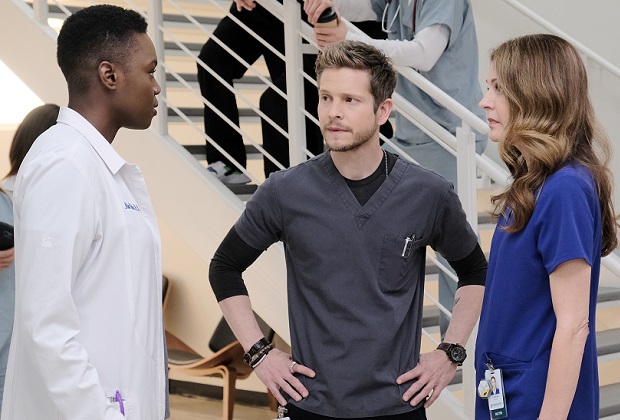 Meanwhile, the capable cast has only just begun to dig into the hidden depths and backstories of their characters, especially when it comes to Shaunette Renée Wilson’s standout Dr. Mina Okafor. Heck, even the formerly despicable Dr. Bell has grown into someone we don’t entirely hate! The Fox drama has also shown a deftness for introducing and quickly making us care about new hospital colleagues (Dr. Austin, Julian) and patients (Lily).

Ratings-wise, The Resident has had a very steady pulse, fluctuating between a 1.1 (as recently as Jan. 14) and a 0.9. Season-to-date, it ranks No. 4 among all Fox dramas in the demo (trailing Empire, 9-1-1 and Star) and a healthy No. 3 in total audience.

THE CASE FOR CUTTING | As we said above, there’s no shortage of medical dramas — Grey’s Anatomy, Chicago Med and New Amsterdam, to name a few — on air right now, with plenty more in development. And with increasingly few slots on Fox’s 2019-20 slate, where Thursday and Friday will be hogged by football and the WWE, is The Resident special enough to secure a spot on the network’s limited schedule?

Storyline-wise, we fear the show might be going down a trope-y love triangle road with Nic and Conrad that we’re not on board for. (Do we really want to ride this merry-go-round until those two crazy kids realize they’re obviously meant for each other?)

Vote below, then state your own case for keeping or cutting The Resident.