Only two weeks into Season 16, The Voice is taking a month off from its Tuesday episodes. We’ll still get our regular two-hour Mondays, but with our weekly dose of covers, both inspired and un-, being cut by a third, I was looking for something amazing as the Blind Auditions continued, something with the emotional resonance of an Addison Agen tearjerker or the vocal fireworks of a Chris Blue showstopper. Did any of the contestants on Night 4 deliver? Read on, and we’ll discuss. 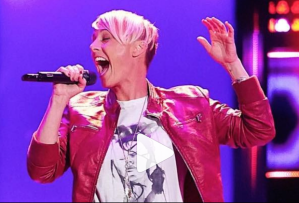 Betsy Ade (Team John), “Hunger” — Grade: B | This 40-year-old single mom chose a hell of a song in Florence + the Machine’s hit. But miraculously, she was for the most part up to the task. Florence Welch, she wasn’t — is anyone? — but she sang with a forcefulness and a passion that couldn’t be denied. And on the softer parts, there was a nice, emotional tremble to her voice. Adam Levine was so into her performance, he wanted them to “be two fireworks exploding.” But she wisely went instead — and without a moment’s hesitation — with her 10-year-old’s pick for her coach: John Legend. Smart kid. 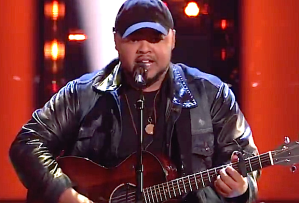 Dalton Dover (Team Blake), “Don’t Close Your Eyes” — Grade: C | This poultry-plant machine operator, hitched at 17, told us in his pre-interview that his Blind Audition was the biggest moment of his life aside from when his kids were born. And his Keith Whitley cover was OK — nothing ear-splitting or anything. But there was also nothing about his performance that made me stop typing and go, “Well, hey.” John suggested that Dalton had come up under the note a lot. I just figured he wasn’t memorable enough to last past the Battles. His coach said he was one of the better country singers they’d heard thus far; er, I disagreed. 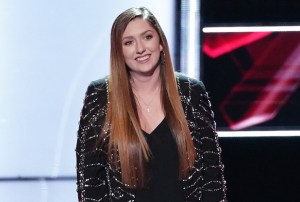 Rebecca Howell (Team Kelly), “The Night the Lights Went Out in Georgia” — Grade: C+ | An 18-year-old who’d never even been on a plane before she was flown in for The Voice, Rebecca did an adequate but hardly thrilling job of covering the Vicki Lawrence classic. She seemed to have decent control of her vocal, and a nice lower register; however, her performance didn’t come off as much more than better-than-average karaoke. Maybe it was just song selection? With a number that would better display her range, maybe she could make me go “Oh!” instead of “Eh.” Or perhaps not. I mean, in trying to recruit Rebecca, Blake Shelton praised her “whiny, nasally” quality. 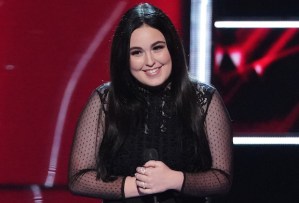 Kendra Checketts (Team Blake), “Sober” — Grade: A- | This 19-year-old who made a point of telling us both that she was a redhead (though she dyed her hair black) and that she’d almost lost her dad got an almost immediate chair turn from Blake. I wasn’t sold right off the bat; I was curious about her quirkiness, but that was it. However, as the song built and her vocal expanded with it, I realized, “Holy crap, we finally got our belter.” Her voice turned out to be massive. When she was done, I couldn’t believe she’d only gotten one chair turn. She was really solid.

LB Crew (Team Adam), “Waves” — Grade: B+ | After an introduction in which we learned that this contestant often performed with his ailing kid brother, he swept all four coaches away with his Mr Probz cover. And the performance was lovely from the start, LB’s rich, resonant vocals rolling out, ironically, as smooth as the surface of an ocean without waves. But he really turned the tide, convincing me that he was better than just above-average, when he opened up and let his voice soar. That moment made me think that, given more interesting song choices — sorry, but “Waves” meanders — he might be a real contender. Adam was certainly eager to work with him on the falsetto that he felt needed improvement.

So, who gave your favorite performance of the evening? Vote in the poll below, then hit the comments. Will you miss our Tuesday Voices?