American Idol kicked off its 17th audition cycle on Sunday, inviting new hopefuls — including a nervous burper and a “mystic death creature” — to prove their worth before the almighty judges.

It’s been almost one year to the day since Katy Perry, Luke Bryan and Lionel Richie made their debut on ABC in an episode that also introduced the world to future winner Maddie Poppe. Was her worthy successor among the performers we met this week? Let’s break down the evening’s most memorable auditions and find out: 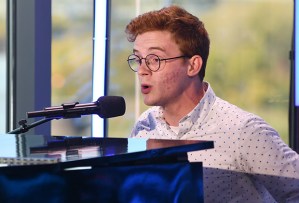 WALKER BURROUGHS, 20 | This show has always loved “perfect, unassuming youngsters,” and few fit that bill as perfectly as this gentle soul from Birmingham, Ala., whose performance of Ben Rechtor’s “Love Like This” earned a mini standing ovation from Katy. Words like “natural, cool, effortless [and] dope” were used to describe his unique sound, one the judges enjoyed so much that they asked him to perform an encore of Lionel’s “Hello.” And how can you not support a contestant who ends by saying, “I made my mom tear up and that makes me a happy boy”?

JOHANNA JONES, 23 | Not that she didn’t deserve a golden ticket, but I’m pretty sure Johanna already had this in the bag when Katy found out she works at In-N-Out Burger. (Katy recalled meeting fiancé Orlando Bloom over a plate of burgers at the Golden Globes, which I’m sure is totally representative of the average In-N-Out meet-cute.) Johanna further bonded with Katy over their shared love of potato chips, which she always eats before she sings. In fact, she downed an entire bag before blessing the judges with her beautiful take on Sam Smith’s “I’m Not the Only One.” (One trip to Hollywood, Animal Style, comin’ right up!)

KAI THE SINGER, 19 | The premiere’s most inspiring backstory belonged to Khalifa Wilson, aka “Kai the Singer,” a South Carolina factory worker who grew up in and out of homeless shelters. (There are currently eight people living in her house, and only two of her brothers have beds.) Simply put, “You get tired of seeing your family struggling,” she said. The judges agreed that Kai’s nerves impeded her performance of Ed Sheeran’s “Thinking Out Loud,” but all of their doubts faded away during her second song, an airy rendition of “My Girl” that doubled as her personal love letter to music. Katy felt a personal connection to Kai, as both received their first guitars as gifts from their church congregations, and Lionel dropped this thinker on her: “God can only do for you what he can do through you.” Preach. 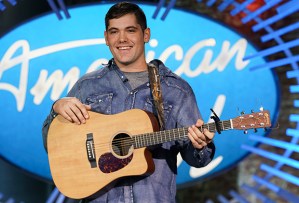 TYLER MITCHELL, 26 | Am I losing my mind, or did I watch a completely different audition than the judges? Sure, this tall drink of Louisiana tap water gave us a lovely rendition of Vince Gill’s “Whenever You Come Around,” but the way Katy and Lionel responded to his performance, you’d think they already found Maddie Poppe’s successor. Lionel telling Tyler, “You woke us up” is one thing, but Katy adding, “Literally, a star is born” felt like they were trying to over-sell him to the audience. (He’s a twin — we’re already sold!)

VOKILLZ, 24 | The “no”s didn’t get too much screen time in Sunday’s premiere, save for this true musical pioneer from Buffalo, N.Y. A self-described “gas station creature,” Vokillz invented a genre of noise called Mystic Death Trap Metal, which he demonstrated through an original ditty titled “American Creature.” Unfortunately, the judges received his performance about as well as Katy received the cursed necklace he gave her. (“I rebuke you, Satan!”) This was an obvious “no” from the start, but I appreciated the brief shift in tone.

MARGIE MAYS, 25 | Truth be told, I was not expecting to be wowed by this Margie, a “nervous burper” with more energy than she — or the judges — knew what to do with. (Katy was so taken aback by Margie’s erratic behavior that she ordered her never to drink coffee again.) But when it came time  to sing, Margie went from “totally insane to totally pro,” focusing all that energy into a star-making performance of Lawrence’s “Shot.” Even if she doesn’t soar in Hollywood, at least Margie can say that Katy called her “the greatest person I’ve ever met.” 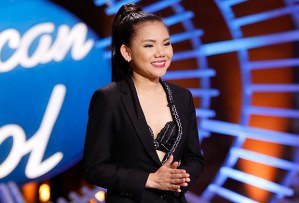 MYRA TRAN, 19 | I can’t be the only person who got strong Charice vibes from this Vietnamese powerhouse, who delivered the premiere’s most impressive vocals (while wearing the premiere’s best outfit!) with her performance of “One Night Only” from Dreamgirls. She considers Whitney Houston to be her vocal idol, though Lionel had another Idol in mind after hearing Myra sing: “You’re up there with the Kelly Clarksons of the world.”

UCHE, 24 | When you promise viewers Christina Aguilera, you have to give them Christina Aguilera, and I’m sorry to say that Uché’s low-octave (yet high-energy) performance of “Ain’t No Other Man” fell short of expectations. I honestly had to rewind the episode to confirm that he listed “wedding planner” as his job. That said, his second song — for which he stayed true to his gospel roots — was far more impressive, securing his entry to Hollywood.

LACI KAYE BOOTH, 23 | Her father’s music career may have destroyed their family, but that hasn’t deterred this Livingston, Texas native from pursuing her dream. In fact, music ultimately helped her repair her relationship with her father, who joined her for moral support at her audition. The judges loved Laci’s raspy, one-of-a-kind take on Merle Haggard’s “Mama Tried,” with Katy calling her a true “diamond in the rough.” In fact, screw the competition — Luke already thinks she’s ready to be a “world-class” musician.

TIFFANNE LEMAY, 20 | This Las Vegas-based Lionel Richie super fan — who came armed with one of his records on vinyl, lest you doubt her commitment to the fandom — delivered one of the most confident, effortless, beautiful performances of the night, H.E.R. and Daniel Caesar’s “Best Part.” Katy loved her “sunny disposition,” advising her to “play to win” in the competition. I could listen to this audition on repeat for days. 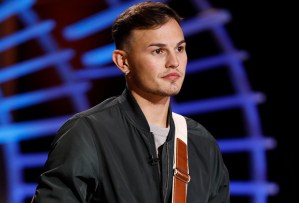 NICK TOWNSEND, 26 | In true Idol fashion, the most devastating audition was saved for last: We were introduced to Nick, a Nebraskan-turned-Angeleno “who turns to music in search of peace.” Both his older and younger brother died by suicide on separate occasions, fracturing their family beyond repair. “There’s no pain like that,” Nick said. “There are times when I’ve wanted to give up, but I know my brothers would want me to keep pursuing my dream.” They certainly would be proud of his audition performance, a beautiful take on James Bay’s “Let It Go” that sent him through to Hollywood.

What did you think of Idol‘s long-awaited return? Any favorite contestants so far? Grade the premiere and pick your favorite audition via our polls below, then drop a comment with your full review.