We’ve got questions, and you’ve (maybe) got answers! With another week of TV gone by, we’re lobbing queries left and right about shows including The Blacklist, The Gifted, NCIS and A Million Little Things!

1 | If The Blacklist‘s Liz wasn’t actually the one who reported Reddington to the cops, why had she been so worried he’d hear audio of the 911 call? 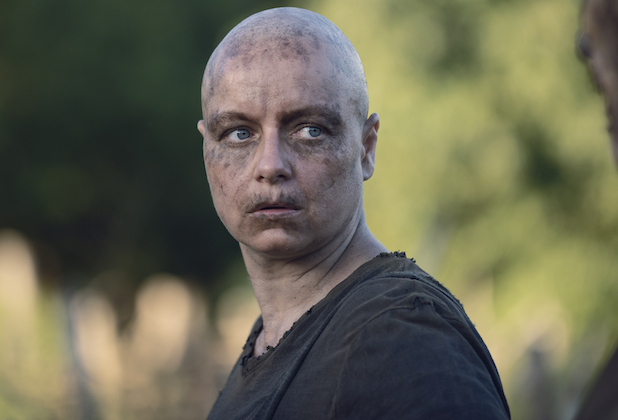 2 | Didn’t The Walking Dead‘s Alpha become far scarier than Negan ever was when she gave a fellow Whisperer that “You know what to do” shrug to sacrifice her crying baby to the walkers? And would pragmatic Carol really have gone along with Ezekiel’s risky, boneheaded plan to obtain a movie-projector bulb?

3 | Did you get whiplash when Ryan Seacrest darted over from E! to ABC’s Oscars coverage to declare, “We’ve got the glamour, the excitement…”? (Like, double-talk much?) And when recapping the Best Actor nominations, couldn’t the Bohemian Rhapsody clip have instead shown Rami Malek was actually acting, and not just lip-syncing to a Freddie Mercury track?

4 | Should we go ahead and assume that all of the American Idol contestants featured in Sunday’s very long promo will all make it to the Top 20? Or did the show actually dedicate that much time and resources to singers who leave early?

5 | Did Man With a Plan‘s “Wall Hole” game seem like something Joey and Chandler would waste hours playing? 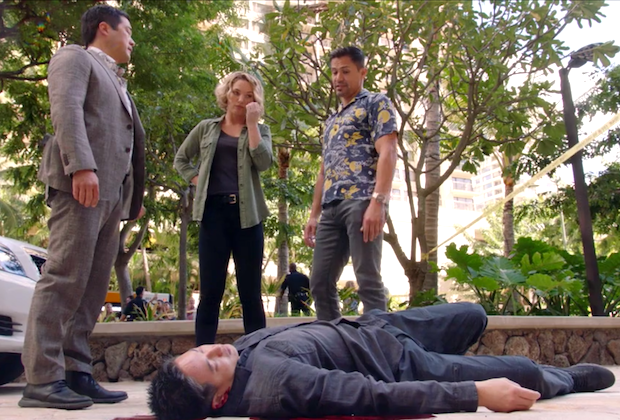 6 | Shouldn’t the Magnum P.I. baddie that toppled out of a high-rise looked a lot worse when found on the pavement far, far below?

7 | How dumb was it that The Enemy Within made us “wait” nearly the entire hour to find out why Jennifer Carpenter’s character committed treason, when that reveal had been a central focus of the promos? Also, why weren’t the guards on extra-high alert after Shepherd obviously busted her tooth on purpose?

8 | On The Passage, were we the only ones who assumed Brad’s daughter died of a terminal illness?

9 | There’s no way that Bachelor castoff Caelynn isn’t the next Bachelorette, right? (Speaking of which, did the denied Khloe Kardashian rumor intrigue you?)

10 | Considering that The Good Doctor‘s Glassman was just starting to make friends in chemotherapy, were you surprised that he had already completed treatment as of Monday’s episode? After all, only a day or two had passed, as indicated by Shaun’s first day in pathology. 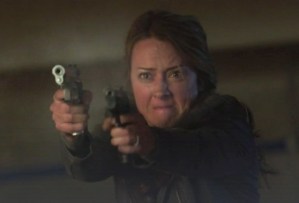 11 | Did The Gifted‘s Caitlin give you Person of Interest flashbacks when double-fisting pistols?

12 | On Lethal Weapon, why would anyone — a man of Andrew’s age, especially — want to have a rager of a bachelor party the night before his wedding?ultimately

13 | Woof, NCIS isn’t really doing the character of Nick Torres any favors this season, is it? Extra-snide to McGee last week, downright rude to the essay winners this week….

15 | Why did The Masked Singer kick off two contestants last week, only to have a two-hour finale that was 50-percent filler? Why not just put one of those eliminations in the penultimate hour? Also, was the obviousness of Monster’s identity (for those playing at home) offset by how wonderfully gobsmacked the non-Googling judges were?

16 | Why didn’t Riverdale‘s Archie just keep the money Elio paid him to throw the boxing match, since he lost anyway? 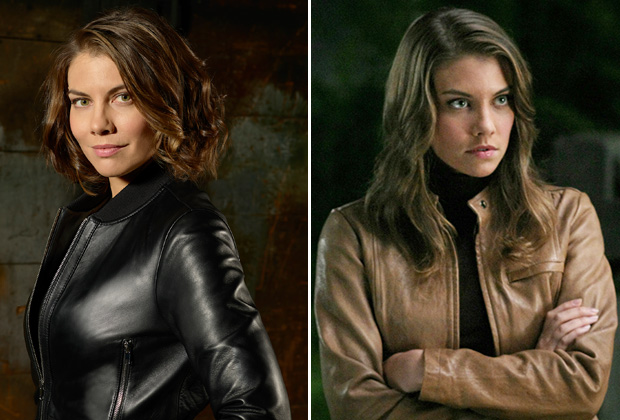 17 | Is Lauren Cohan’s Whiskey Cavalier character reminiscent of Supernatural‘s Bela Talbot? Remember how love/hate she and Dean were, just like Whiskey‘s duo?

18 | Chicago Fire fans, were you surprised by how abruptly and quickly Sylvie and Kyle’s relationship ended?

19 | How badly do you want — no, make that need — a full-blown music video for “A Little Bit Alexis” from Schitt’s Creek? And how surprised/thrilled were you to discover that it’s on Spotify and iTunes? And finally, how quickly did you add “Vroom, vroom, bitches!” to your vernacular?

20 | For a technologically superior species, shouldn’t The Orville‘s Kaylon have invented a helmet-mount laser that can’t fell their own kind with just one shot? Did you expect the Kaylons’ conspicuously established “aversion” to light to be a key to their eventual downfall? Also, why would it be so bright and deco inside the ship’s Jeffries tubes?

21 | Why was Grey’s Anatomy‘s Helen the only person at Jackson’s crowded party to smell smoke? Does she have a really incredible nose, or does Jackson’s penthouse have really crappy alarms?

22 | On A Million Little Things, how long did it take you to realize that there was an airport flashback within an airport flashback? (Once you did, did you realize that Jon’s cell phone should’ve tipped you off? Or was the excessive facial “smoothing” a bigger clue?) And whole we get that product placement is a necessary evil in this era of dwindling revenue streams, did Rome’s car shopping cross over into full-on Mercedes commercial territory? Lastly, as TVLine reader Doris points out: “No memento of Jon for Katherine? Doesn’t anyone care about her?” 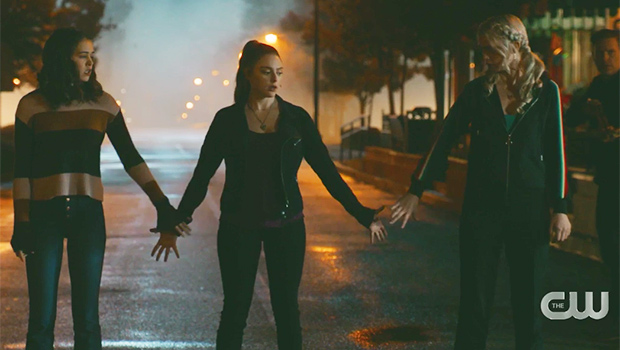 23 | Do you ever feel like Legacies, with its trio of empowered witches and weekly monster visits, doubles as a better version of the Charmed reboot?

24 | If How to Get Away With Murder‘s Emmett Crawford had previously bugged Tegan Price’s office, hadn’t he already heard the recording where Annalise said she wanted to “make his guilty ass sweat”? Why was he so surprised when the FBI played that audio?

25 | Did seeing Briga Heelan on Brooklyn Nine-Nine make you miss Great News all over again? Also, were you hoping against all hopes that the Disco Strangler indeed was on the lam? 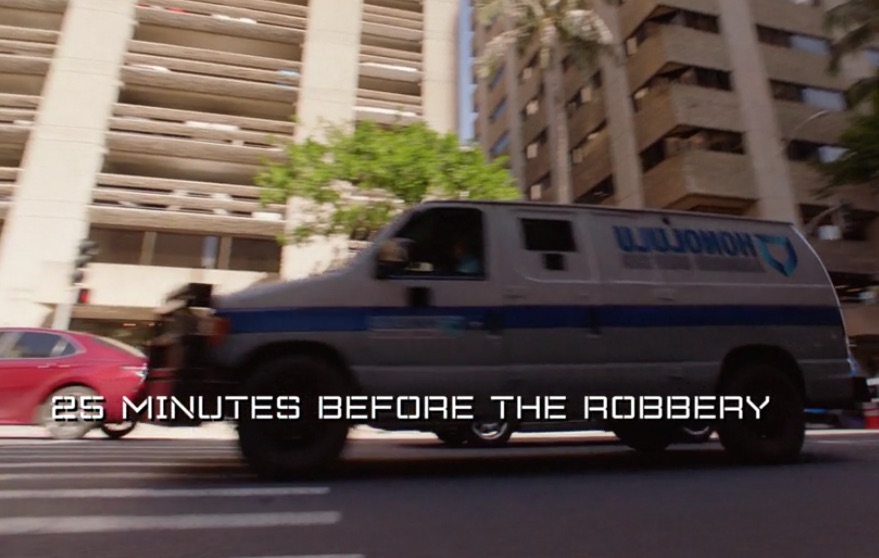 26 | In these Fiddle With Your Phone/iPad While Watching TV times, can on-screen chyrons such as this one from Hawaii Five-0 also be read aloud by a voiceover guy, so we aren’t All cOnFuSeD upon looking back up at the action? ETA: ;-) (winky-face, to indicate that we’re not ohhhh-so-deadly serious here)