This week on The Good Doctor, Han is determined to keep Shaun out of the operating room. Is there anything Shaun can do to convince the new chief that it’s where his talents belong?

It’s Shaun’s first day in pathology. Lea makes him a pancake breakfast to represent a fresh start, but Shaun’s not in a celebratory mood. At work, he puts his things in his locker, including the scalpel that Steve gave him, then heads down to the lab. There, he is greeted by Dr. Carly Lever (Fringe’s Jasika Nicole), who gives him a tour of the facility. “We are the detectives,” she says. “Surgeons are just the beat cops.”

Down in the ER, Lim and Park meet mountain climber Sadie (played by Nicholas Gonzalez’s real-life wife Kelsey Crane). Sadie informs the doctors that she was returning home from a climbing expedition with her sister when she suddenly experienced numbness in her hands and feet. She has also developed a persistent headache. Last, but certainly not least, Sadie says that she had a “premonition of sorts” that she was going to die. Park doesn’t think there’s anything wrong with her, but Lim orders a brain scan which appears to show an inoperable tumor. Lim and Park break the news to Sadie, then Park runs down to pathology to have Shaun run a test for him. While he’s there, he encourages Shaun to speak up to Han if he’s not happy.

Meanwhile, Lim and Claire continue to defend Shaun to the new chief. Lim tells Han that he doesn’t know Shaun as well as they do, while Claire supplies a list of cases that Melendez and his team wouldn’t have solved without Shaun’s input. Unfortunately, Han’s opinion remains unchanged. If anything, he’s thought of new reasons to keep Shaun out of surgery.

Back in pathology, Shaun finds the results of Sadie’s test inconclusive with Lim’s cancer diagnosis. He wants to go and alert the team, but Carly tells him that that’s no longer part of his job. Conflicted, Shaun returns home and distracts himself by reorganizing the kitchen cupboard. Lea calls Glassman over to try and get through to her roommate, who explains to them his current predicament. “I think Dr. Lim’s patient’s diagnosis is wrong, but I can’t prove it without information and I’m not allowed to talk to patients,” he says. “I want to run things. I want to fix people.” He asks Glassman for help, but the former hospital head is no longer in a position to look out for his mentee. The only way forward, he says, is for Shaun to stand up for himself and fight for his surgical residency. 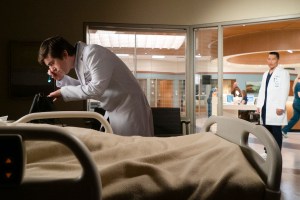 The following day, Shaun goes against Han’s orders and does research on Sadie. He asks to speak with her sister, but she’s not around. He then wanders into the patient’s room while she’s sleeping and begins scavenging through her purse. Han catches him in the act, and has him report to his office immediately. There, he tells Shaun that what he just witnessed has only reinforced his belief that he doesn’t belong anywhere near patients. Shaun manages to keep his cool, then explains why he was going through Sadie’s purse. According to her social media, Sadie freelances as a food critic and recently reviewed a Japanese restaurant with a “C” grade. In short, Shaun believes that Sadie may have consumed a fish parasite that’s mimicking the side effects of a brain tumor. Han thinks it’s a long-shot, but a biopsy ultimately confirms that what Lim and Park saw on the brain scan was a parasite, not a tumor.

Han breaks the good news to Sadie, then tells her that Shaun was the pathologist responsible for saving her life. Afterwards, he tells Shaun that he did “good work,” at which point Shaun finally stands up for himself. He says he did “excellent work,” and deserves to be a surgical resident again. Han admits that he’d been waiting for Shaun to advocate for himself, but still believes that his diagnostic skills are as great as his weaknesses. As the episode draws to a close, Shaun watches from the observation deck with his scalpel in hand, as Lim and the residents surgically remove Sadie’s parasite without him.

While Lim and Park work on Sadie, Melendez, Morgan and Claire treat Clarence, a pastor who has a tumor pressed up against his spinal cord. The doctors want to fuse the spine to stabilize it before they go in for the tumor, but Clarence refuses the procedure. He says he’s done something unforgivable (he ignored a call from a parishioner who later took his own life), and the spinal pain is God’s way of punishing him.

The seemingly atheistic Claire thinks Clarence is insane, but Melendez and Morgan, who were brought up religious, don’t agree. They proceed without the spinal fusion, but are forced to abort the surgery when they can’t get to the tumor without risking paralysis. Claire tries to get through to Clarence and tells him that the spinal fusion is a necessary precursor, but he insists that the doctors give the surgery a second try. When they go back in, they discover that the tumor has shrunk to half of its original size — but how? Morgan thinks it’s a miracle, but Claire isn’t convinced.

The doctors are unable to find a scientific explanation for the tumor’s regression, which would support the notion that someone is looking over Clarence. The clergyman insists that the doctors run more tests, but they’re irrelevant at this point. There’s no longer any reason not to have the spinal fusion and reduce his pain. Claire quotes the Bible, and says that unless there’s a burning bush, it’s narcissistic of Clarence to think that God has made him his personal project. He has to forgive himself for what happened to his parishioner; what’s already been done cannot be undone, but his pain certainly can. And so, Clarence finally agrees to the spinal fusion. As for Claire, it turns out that she, too, grew up religious, but eventually lost her faith. Given what we know about her upbringing, it’s easy to understand why. 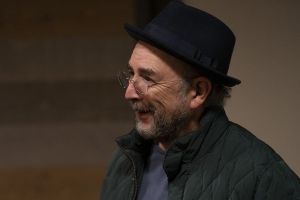 On the good news front, Glassman has completed chemotherapy. After his last session, he heads to the hospital cafeteria to ask Debbi out on a celebratory date, but she lies and says that she’s romantically involved with someone else. The following day, she knocks on his front door and admits that she fibbed. She’s still upset that Glassman pushed her away while he was in the throes of cancer. “Bad things are going to happen, and it can’t just be about having fun together,” she says, signaling her desire for a meaningful relationship. Debbi apologizes for lying to him, then leaves.

What did you think of The Good Doctor Season 2, Episode 16: “Believe”? Hit the comments with your reactions!