Brooke Shields has joined the cast of The CW’s Glamorous drama pilot, with Eva Longoria set to direct.

Penned by Jordon Nardino (Desperate Housewives, Quantico), Glamorous follows a yet-to-be-cast gender non-conforming high school graduate who lands the gig of a lifetime — interning at a cosmetics company whose products he panned on YouTube.

Shields will play Madolyn, a former supermodel (natch) who is no stranger to the covers of Vogue and now is the founder and CEO of one of the industry’s most respected cosmetics companies. A canny businesswoman, Madolyn is described as being at the top of the game and will stop at nothing to stay there, including making a strategic hire to be her eyes and ears within the company. 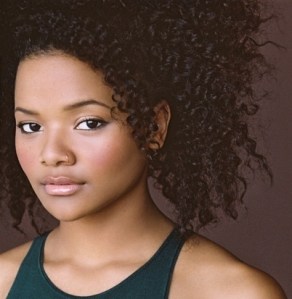 In turn, iZombie‘s Jade Payton (right) has been cast as Venetia, an ambitious young clotheshorse who serves as Madolyn’s trusted personal assistant. Cool, smart and savvy, she is deeply connected with Chicago’s queer community and nightlife, with her finger on the pulse of who and what is happening in the underground scene.