The #OneChicago franchise’s latest crossover between Fire and P.D. on Wednesday night took a different approach. Rather than centering around an explosive emergency, the two-parter finds the firefighters and detectives teaming up to solve a criminal mystery.

After a series of robberies are tied to missing lockbox keys, Voight enlists Cruz to go undercover at another firehouse and unearth which firefighter has been abusing their access to the master key. Only Boden, Casey and Severide know what Cruz is really up to, while the rest of 51 is left to believe that Cruz is being punished for leaving equipment on site. (This cover story would perhaps be more believable if Severide wasn’t constantly mentioning how Cruz is his best man.) 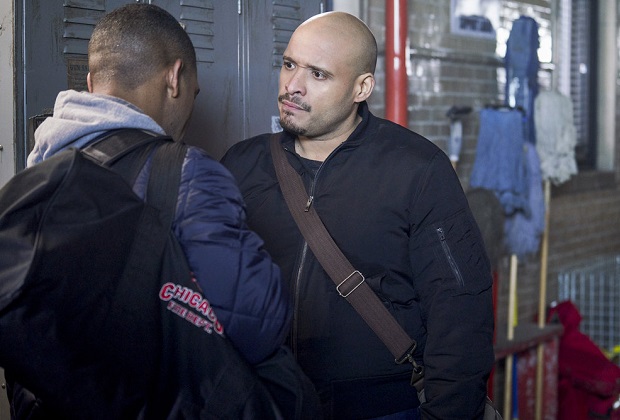 As Cruz joins the engine crew of a nearby lowly firehouse, he witnesses one of the firefighters, Suggs, handing off the lockbox key to someone in a car. Cruz is conflicted because the young man seems like a good guy. So what could possibly be motivating him to help break the law? Unfortunately, Intelligence doesn’t get a chance to ask Suggs before he’s discovered shot dead in his car.

Later, Halstead and Upton walk in on the robbery in progress, leading the unit to discover that the two young robbers are actually teens from Suggs’ neighborhood whom he was mentoring. He wanted to help them get out from under a gangster’s control by buying their freedom, hence the robberies. In the end, the gang leader is arrested, and the two boys get a deal, while Suggs is proven to have had good intentions.

On the relationship front, Stella has a cute admirer in the form of a man she rescued from a fire. At first, she brushes off his affections as a rescue crush, but eventually, she agrees to go out with him. Meanwhile, her ex Severide insists to Casey that he’s fine and not at all still carrying a torch. 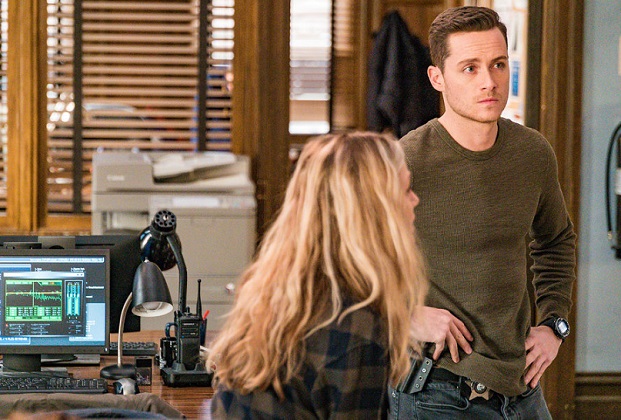 Halstead and Upton also have another loaded conversation that hints at their possible feelings for each other. He wants to know why she backed his play, to which she replies that she trusts his instincts. “You looked at me, and I got it,” she explains. “I trusted you. I’ve trusted you from the day I met you. If I was going to follow someone blind, I’d follow you.” Halstead looks both moved and surprised — and maybe a little confused? — by the confession.

#OneChicago fans, what did you think of the crossover? Grade it via the poll below, then hit the comments!