THE PERFORMANCE | While Counterpart was set in motion by the meeting of the two Howards, we didn’t dare hope to get a scene between Emily and Emily Prime. Yet most fortuitously, in this season’s (and perhaps the series’) penultimate hour, Olivia Williams was broadcast to us in stereo, and what beautiful music it was.

In an Interchange meet-up that she had arranged, Emily warned her other that Mira, as “the final part of her plan,” was setting a trap for the two Managements, who were scheduled for a rare in-person meeting. When asked by Prime about her deeper involvement in Indigo’s network of terrorists, Emily confessed, “I created them,” by sitting on, at Management’s request, evidence that our world created the flu that decimated the other one. Mira’s people eventually came across the volatile report and used it to “radicalize a whole generation” — all after Emily meekly “took a paycheck” for her silence.

As Emily, Williams’ expression shifted from shame to almost affection as she scooted her chair forward and reached out to her other (“I always wondered what this would be like, up close”), only to have her hand swatted away. As Prime, Williams roared with questions about how often her other “wandered about” in her life, associating with her daughter. In response, Emily wondered aloud why Prime was so absent from Anna’s life. “There was this gaping hole where you should have been,” she remarked. That said, Emily made certain that Prime knew her value as a mother: “Anna is a credit to you, not me,” she warmly noted.

Before bidding each other adieu, Emily spoke of the deal she struck — this intel for Howard’s return. Insecurity and fear then washed over Williams’ face as Emily asked, “May I have my husband back? Do you think I’ve already lost him?” to her lies and his bond with Emily Prime. “I don’t think you have,” Prime answered. “I won’t stand in your way.”

Capping Williams’ showcase was the good-bye scene between Emily Prime and Howard, neither of whom was in a rush to exit the other’s life. “This is why they say we shouldn’t see the alternative, because it’s really hard to let go,” she said, before leaving Howard with one ask: “Be kind to her – if you can.” 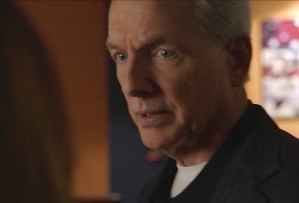 HONORABLE MENTION | While viewers were curious to discover the secrets Special Agent Ziva David kept during her time at NCIS, Gibbs was gobsmacked, as Mark Harmon made evident with his performance. As he surveyed the hidden office from which Ziva delved deeper into cases, Gibbs was near-silent, only speaking to assure McGee that he will “take care of everything,” or to bellow at Bishop for not immediately coming forward with this find. (Do it again and “you are gone,” he roared.) When Bishop later argued that Rule 10 (“Never get personally involved in a case”) was “B.S.,” Harmon was highly emotional with Boss’ retort. “Every time I look at [Ziva’s] desk, you know what I see? She is not there. You ignore Rule 10… you end up dead, just like her.” Does Gibbs still believe his “daughter” is gone? Perhaps not. But Harmon showed us a sense of loss will always be there. 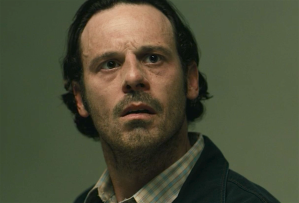 HONORABLE MENTION | Can someone please check to make sure Scoot McNairy is OK after this week’s True Detective? We’re genuinely concerned for the Halt and Catch Fire alum’s wellbeing after that pair of scorchingly intense scenes he delivered as grieving father Tom Purcell. First, when Tom realized he was a suspect in his own kids’ disappearance, he lashed out in ferocious fashion, with McNairy nearly popping a blood vessel and unleashing a primal scream of frustration as Tom pled his innocence. Later, Tom hunted down his wife’s cousin Dan, tapping into a potent vein of rage as he demanded answers about his missing daughter. McNairy expertly captured the utter desperation of a parent coping with an unthinkable tragedy and showed that, amid all the plot twists, True Detective‘s murder mystery takes a very real emotional toll. 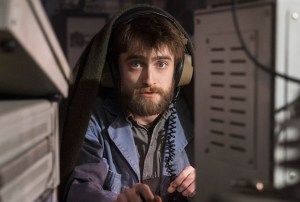 HONORABLE MENTION | TBS’ Miracle Workers is both a workplace sitcom and a commentary on God’s relationship with the world He created. In the midst of all that is Craig, played by Daniel Radcliffe as a lonely angel-slash-hermit who is literally closed off from everyone. Craig has been the sole employee in the Department of Answered Prayers for years, but after Eliza, a new transfer, accidentally causes God to decide to blow up Earth, Radcliffe delivers an emotional performance as Craig angrily comes to terms with losing the job he loves, while sadly realizing he has no friends to lean on for support. Later, Craig not only makes amends with Eliza, he also undergoes an inside-out transformation as the two devise a way to save the planet. Miracle Workers may take place in Heaven, but Radcliffe’s engaging performance makes it all feel grounded.