We’ve got questions, and you’ve (maybe) got answers! With another week of TV gone by, we’re lobbing queries left and right about shows including One Day at a Time, The Flash, Walking Dead, This Is Us, Masked Singer, The Orville and more! 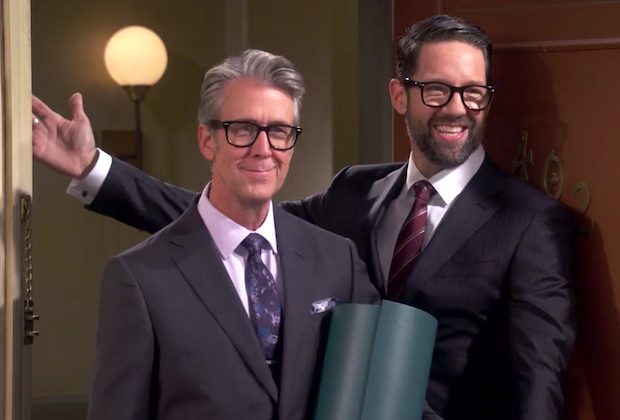 1 | Does One Day at a Time deserve an award for the familial casting of Alan Ruck as Schneider’s dad?

3 | Did this week’s Counterpart — with so many others, and all the traveling back and forth through The Crossing — hit a point where you’d appreciation some on-screen callouts labeling where we are and who is from which side? 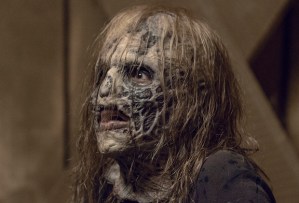 4 | How many Walking Dead fans are already finding Whisperers in walker masks a good 75 percent scarier than actual walkers? Is the idea of Alden and Luke’s Symphony of Awesome scarier than both of ’em? Also, shouldn’t we be horrified that Judith is pals with the guy who bludgeoned Glenn and Abraham to death (for starters)?

5 | Couldn’t True Detective have come up with a less contrived way to solve the Purcell case than having a suspect randomly overhear two cops’ loud discussion of the case on his way out of a holding cell?

6 | Do we really have to refer to individual seasons of Netflix’s Patriot Act With Hasan Minhaj as “volumes”? Isn’t referring to half-seasons of The Ranch and Chilling Adventures of Sabrina as “parts” confusing/silly enough? 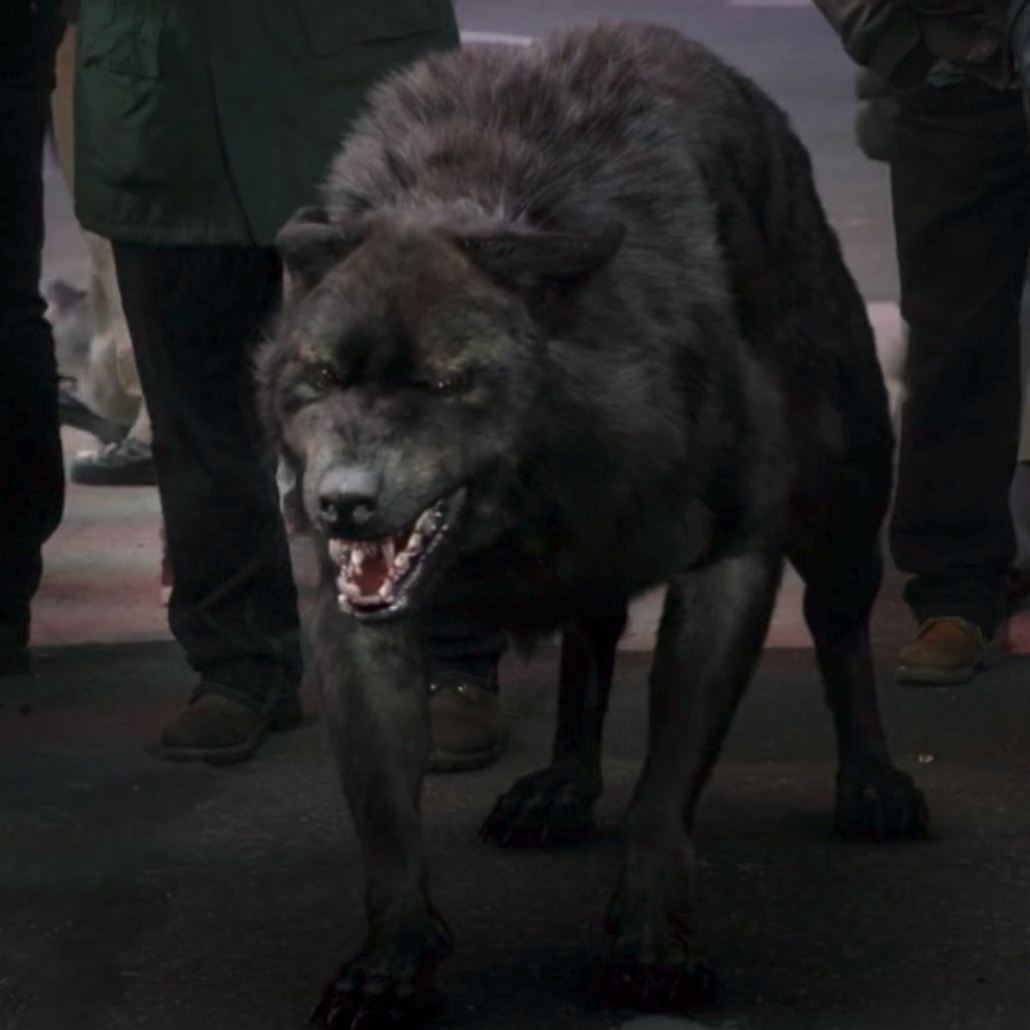 7 | So… Manifest‘s mythology now hinges on a herky-jerky, poorly CGI’d wolf? They couldn’t at least green-screen a real one into Times Square?

8 | On Arrow, how were the Star City Slayer’s typewritten notes ending up with such big letters? Was he stopping by Kinko’s? Also, Oliver and Felicity are now fated to have a strained relationship with not one, but two kids? Are these flash forwards just getting more and more depressing? 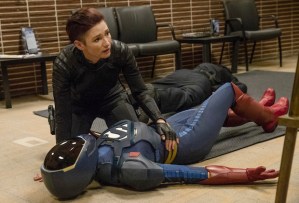 9 | Did this week’s The Flash set an unfortunate record for the least screen time for an Arrowverse series’ lead character? (Or does Supergirl 4×04, at right, slide in on a technicality?) And with Kamilla’s arrival, ‪does every CW series now have a Nose Ring Character?

10 | We like spinach on pizza too, but what was This Is Us‘ Jack talking about when he said it adds “a nice crunch”? Was spinach somehow crunchy in 1990s Pittsburgh?

11 | How quickly within the three months after Gordon Ramsay left this week’s To Hell and Back restaurant do you think the owner reverted to his terrible, previous modus operandi? 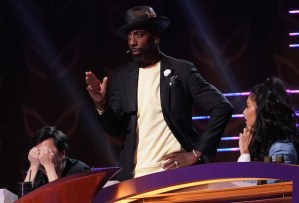 12 | Were you groaning along with The Masked Singer’s Ken Jeong when guest judge JB Smoove kept… on… standing… up? After all, when you make Jeong seem less annoying in comparison…. Yikes.

13 | OK, who in the Single Parents writers room has a personal tie to Gotham?

14 | Did Ricky Williams seal his fate as Celebrity Big Brother runner-up when he chose to evict Lolo Jones and instead take Tamar Braxton with him to the final 2? Or would he have lost regardless?

15 | Why did the man who proposed to his girlfriend on Today‘s Valentine’s Day installment choose to do so on the Rockefeller Center rink, given that both of them could barely stand on ice, let alone skate? 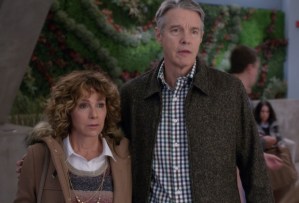 16 | As GreysFan asked after this week’s (you guessed it) Grey’s Anatomy: “Could Carol be not only Betty/Brittany’s mother but Jo’s?

17 | What was the point of Gotham revealing that Lee is mind-controlled almost immediately after her return? Also, wouldn’t Walker’s plan have worked better if her sleepers didn’t clumsily announce to Jim Gordon that they were about to kill him?

18 | Regardless of a child’s sexuality, shouldn’t A Million Little Things‘ Delilah know it’s always a bad idea to tell your kid and his/her crush that they make “a cute couple?” 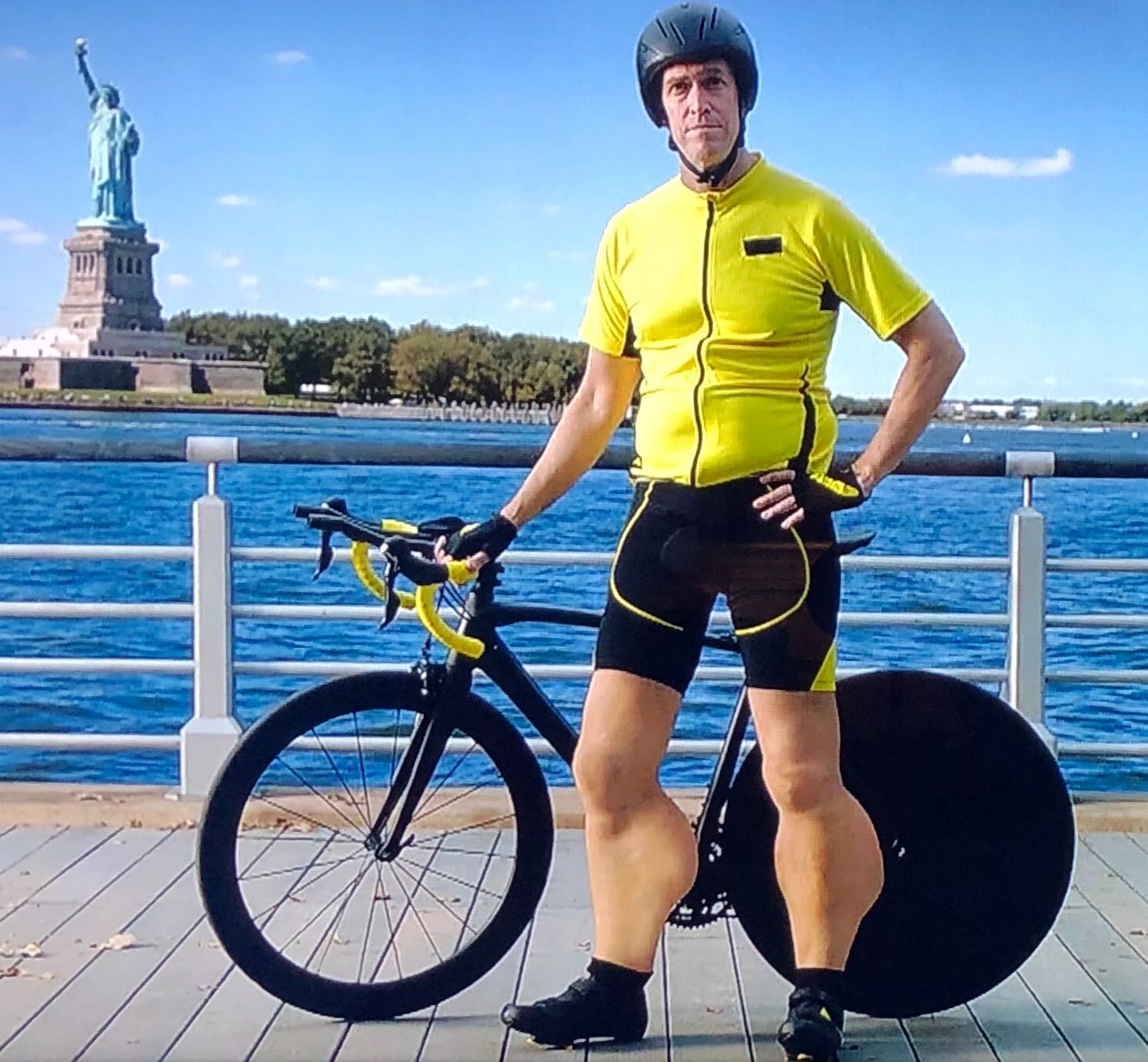 19 | The Orville‘s Klyden is a complete and total pill, right?

20 | Is this insurance commercial character more disturbing than comedic?