Question: If anyone will know something about A Million Little Things‘ Season 2, it’s you. Go! —Anna
Ausiello: Funny you should ask. I recently talked to showrunner DJ Nash about how Season 2’s driving mystery will compare to Season 1’s. “In a similar way, it comes from an organic place,” he said. “Because the compliment our show gets — and the one that means the most to me — is that it’s authentic. So in trying to find the mystery of Season 2, we wanted to make sure it still felt like part of the fabric of our show.” But you can rule out one specific route the story might take: Season 2’s enigma is “different in that it doesn’t deal with suicide,” Nash added. 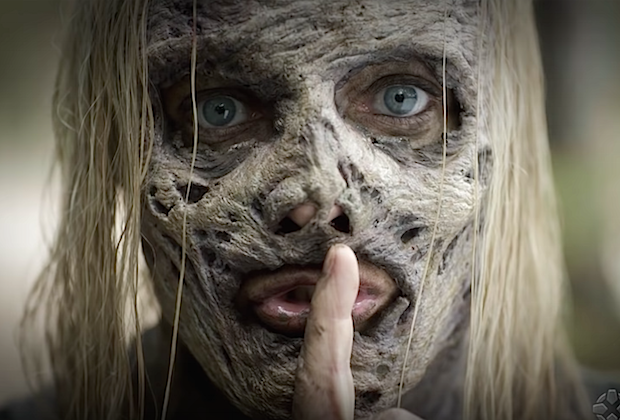 Question: Walking Dead me, would ya? —Bud
Ausiello: Oh, I’ll Dead ya, all right. Sunday’s “Omega” (AMC, 9/8c) could very well have been titled “Everything You Always Wanted to Know About Alpha (But Were Afraid to Ask).” In addition to peeling back the head Whisperer’s grody mask, the episode reveals a special connection between two of the Hilltop’s new denizens and includes one of the yuckier flirting techniques I’ve ever seen.

Question: I’m going through The Good Place withdrawals. Any Season 4 scoop? —Nathan
Ausiello: Janet fans, prepare yourselves: The writers “have a few things” planned for D’Arcy Carden’s not-a-robot character that may even rival Season 3’s “everyone is a Janet” showcase, EP Michael Schur teases. “The most fun part about writing for an actor like D’Arcy Carden is that the world is your oyster, and you get to dream up insane scenarios to play — and we have a couple that I think are going to be pretty fun.”

Question: I know the Shadowhunters premiere is out there. What have you seen? What do you know? —Sarah
Ausiello: The fans may be worried about what Jonathan has in store for Clary — and they should be! — but in terms of new developments introduced in the Feb. 25 opener, Simon’s storyline is arguably the most intriguing. His desperation to remove the Mark of Cain will lead him to some interesting places… and people. I can’t imagine I’m allowed to say anything about the new character mentioned in this episode, but just remember: All the legends are true. 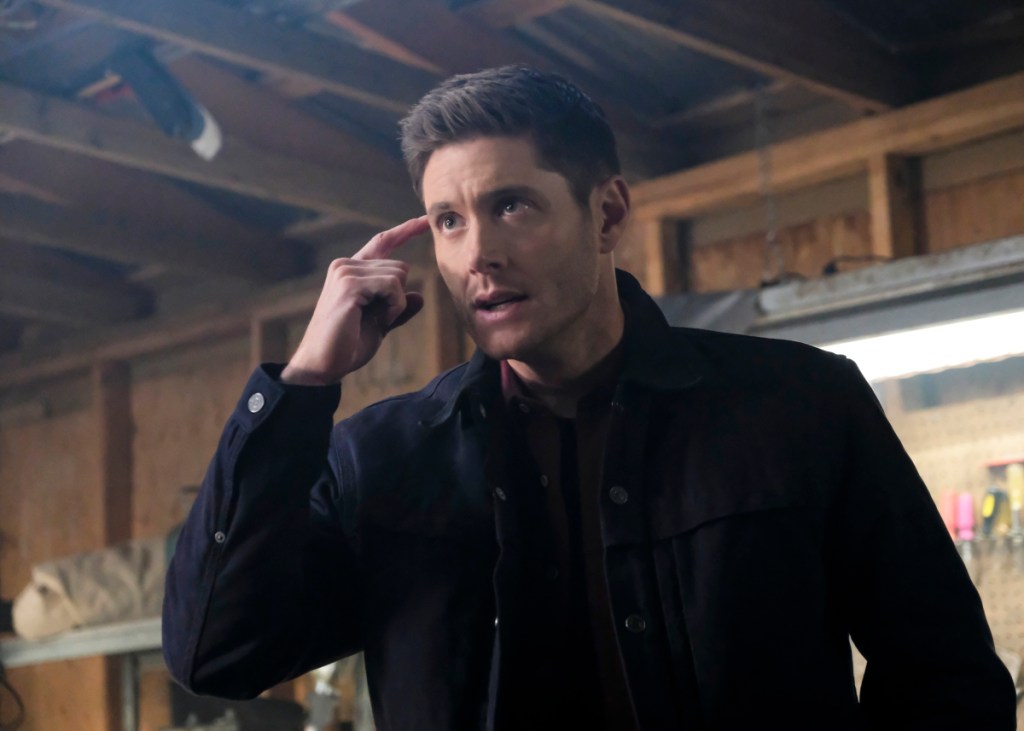 Question: Do you have any Supernatural scoop? What’s next for Dean? – Angie
Ausiello: Dean’s Michael problem is far from over, especially now that the hunter needs to come up with a new way of dealing with the archangel. For Dean and Sam, “There’s a level of, ‘OK, if things go really bad, you’ve got the box. We’ve got a Plan B. Let’s search for a Plan A,'” co-showrunner Andrew Dabb previews, before adding that the Winchesters will soon discover that “Plan As are hard to find.” Plus, as Dabb warns, the dastardly “Michael has not been idle during his time in Dean’s head. All of that’s going to come to a head very, very quickly.”

Question: As filming is underway for Criminal Minds‘ final season, are there any juicy details or blasts from the past scoop? —CatPatrick
Ausiello: Word on the street (the street being Hollywood Blvd., of course) is that Matthew Gray Gubler’s Dr. Reid will be getting a fairly significant love interest during the 10-episode swan song (which should be welcome news to those in the anti-Reid/JJ brigade).

Question: Any word on if Marvel’s The Runaways will be getting renewed for a third season? There has been absolutely no talk — which usually is a bad thing! —Rina
Ausiello: In this instance, (relative) silence is golden. The streamer’s head of original content, Craig Erwich, all but confirmed a Season 3 pickup at the Television Critics Association winter press tour, telling reporters, “We’re really happy with the performance of Runaways, both creatively and in terms of its performance, and we’ll have an announcement shortly.” 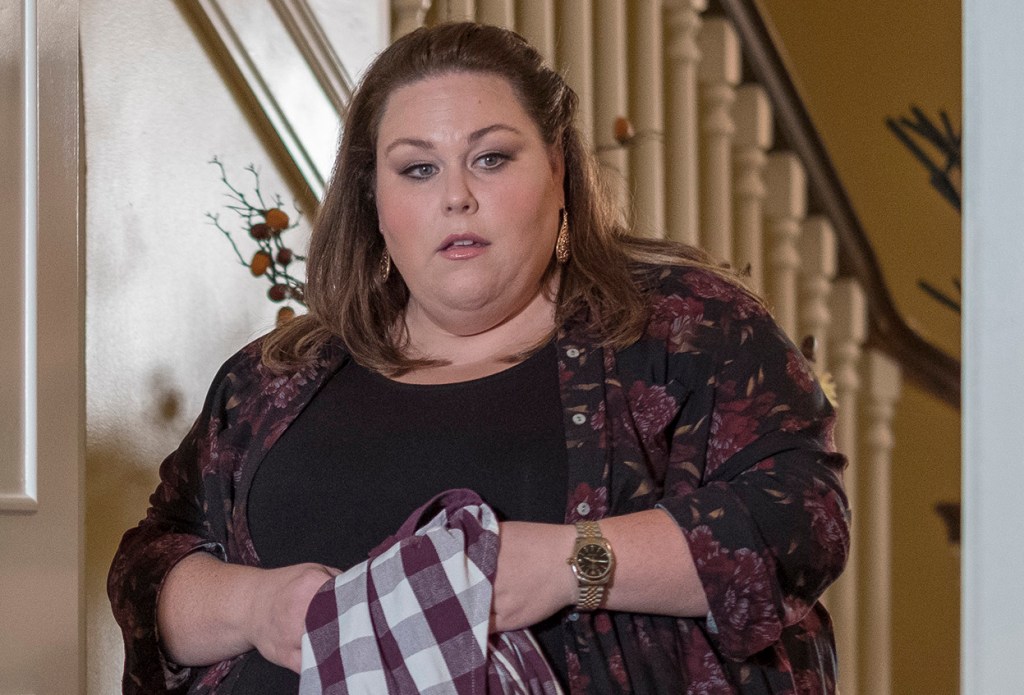 Question: It seems like This Is Us‘ Kate has been pregnant forever. Is she going to have the baby this season? —Monica
Ausiello: “Without giving too much away, on this show, we tend to operate in roughly real time for our present-day stories,” co-showrunner Isaac Aptaker tells TVLine. “So if you think about loosely when she got pregnant, that does put her on track to deliver toward the end of our [season].”

Question: I’ll take anything about This Is Us. —Paul
Ausiello: We asked Justin Hartley for some season finale scoop, and he didn’t disappoint. “The third season’s finale sets up Season 4 — which we haven’t been picked up for, by the way — better than I think Season 1 set up 2, and Season 2 set up 3,” he said. However, he was quick to point out, fans of the NBC drama should prepare for some serious, capital-F Feelings by the time the finale fades to black. (And maybe they won’t be the emotions you’d expect.) “People are going to be so frustrated with the questions that it leaves you with, but also satisfied with what it leads to,” he teased. “It’s that typical This Is Us thing that we do, where we just keep people wanting more.”

Question: Any inside scoops on the 24 legal thriller or the 24 prequel that has been in development for a while? –Justin
Ausiello: New Fox president Charlie Collier had absolutely nothing to announce at TCA when repeatedly asked about revisiting the iconic franchise. With shows such as 24, he said, there is “a responsibility to bring them back such that the creators, the network, and the studio are all feeling great when we do…. [W]hen we get it right, it’s something we’d take very seriously.”

Question: Do we really have to wait until next winter for more Fargo? —Ryan
Ausiello: Sadly, I must say: Oh yah, you betcha. Production on Season 4 of the chilly FX anthology — starring Chris Rock as a 1950s Kansas City crime boss — won’t even start until “sometime in the fall,” showrunner Noah Hawley confirms. But “I’ve written the first script,” he says, adding that it’ll be worth the wait: “It’s gonna be big… bigger than we’ve done before.” 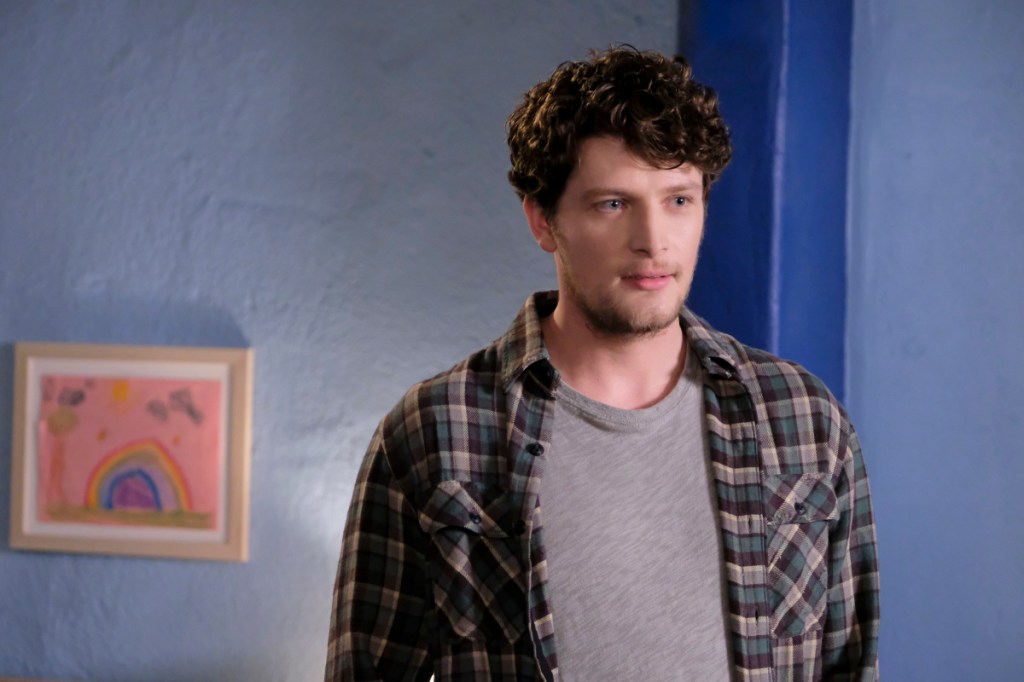 Question: Will all be explained about Michael’s death/resurrection in Jane the Virgin‘s season premiere, or do we have to wait? —Rita
Ausiello: “You’ll find out in the first five minutes exactly what’s going on,” executive producer Jennie Urman promises, before warning that “the answer to that comes with a tremendous amount of emotional upheaval.”

Question: On Gotham, will Oswald and Ed’s relationship go nowhere but up from now on, or will there still be moments of hatred? —Alexandra
Ausiello: Having kept the frenemies apart at the start of the final season, “We worked to bring them back together in a different way, where they have to get past a certain level of betrayal in order to fuse their friendship again,” says EP John Stephens. “But why are they doing that for the umpteenth time, unless there’s something new in it? So what we have happen is an episode where it feels like Ed actually cleaves through to the heart of what makes Penguin ‘Penguin’ and own that as a friend would really own that. It’s a really emotional moment when that happens.”

Question: I know that this is still far away and top secret, but can we have scoop on Agents of S.H.I.E.L.D.? —Ben
Ausiello: Season 6, premiering sometime this summer, picks up about a year after the team dropped a terminal Coulson off in Tahiti and could very aptly be subtitled “The Search for Fitz.” Jemma is “a woman on a mission,” Elizabeth Henstridge told Matt Mitovich of her character’s resolve as her cryo-frozen hubby floats around in space somewhere. But as Clark Gregg noted, “Fitz is one elusive, sexy bastard!” Henstridge also teased — and Mitovich can confirm, having visited one of the new sets — that “this season is a departure from other stuff we’ve done.”

Question: Is Kim Raver’s Grey’s Anatomy deal just for the current season? I’m kind of getting used to having Teddy around. —Joel
Ausiello: Her new series-regular pact carries her through this season and beyond. Of course, there’s no guarantee the show will exercise the actress’ Season 16 option. But I can confirm that the option indeed exists.

Question: What will happen to Lauren and Andy’s connection on The Gifted now that Lauren is suppressing her powers? —Madelyn
Ausiello: We delivered your Q to showrunner Matt Nix. “Let me just say this: One thing we know is that’s serum works, but it doesn’t work for very long. So, the Andy/Lauren connection is definitely coming back — in an even bigger way.” BONUS SCOOP: Looking ahead to the Season 2 finale, Nix teased “a lot of tragedy and a lot of hope,” adding: “Some big stuff happens that made people cry on the set.”

This AAnd That…
♦ SUITS: Abigail Spencer’s Scottie returns in Wednesday’s episode — but showrunner Aaron Korsh cautions that Harvey’s former flame is back for “purely professional” reasons. “It has something to do with Samantha calling in that favor from Katrina…,” Korsh hints. 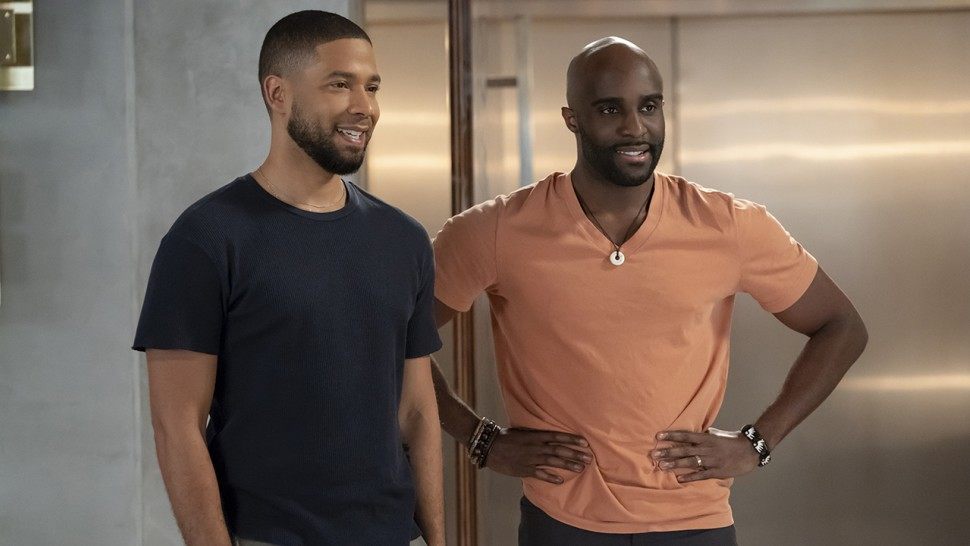 ♦ EMPIRE: I ran into EP Brett Mahoney last week at the TCA press tour and I had one question for him: Will Jamal and Kai tie the knot before the season is over? “If you’re hoping for a wedding,” he responded, choosing his words very carefully, “I don’t think you’ll be disappointed.”
♦ GAME OF THRONES: The first final-season review is in — and it’s both effusive and (a little) biased! “Everything I have seen makes me very, very confident that this is a [season] fans are going to be very happy with,” HBO president Casey Bloys enthuses to TVLine. “It is a dramatically and emotionally thrilling way to end the series. I believe it will live up to the very high expectations.”