Luther is back on the case: The Idris Elba-led cop drama will return to BBC America for Season 5 on Sunday, June 2 at 8/7c.

The official logline reads as follows:

A new spate of nightmarish murders brings DCI John Luther (Idris Elba) to once again face the depths of human depravity on the streets of London. While the monstrous and seemingly indiscriminate killings become ever more audacious and public, Luther and new recruit D.S. Catherine Halliday (Wunmi Mosaku) are confounded by a complex tangle of leads and misdirection that seems designed to protect an untouchable corruption. As the body count rises, and gangster George Cornelius (Patrick Malahide) applies his own pressure, can Luther catch a killer and save his own neck? 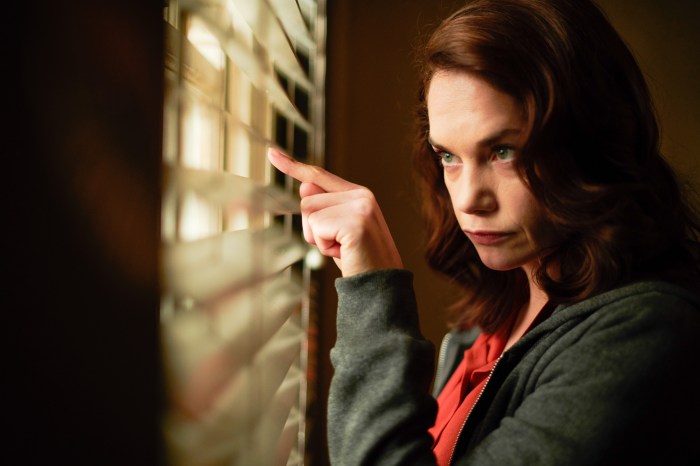 New photos from Season 5 — which you can check out in the gallery to the right — also promise the return of The Affair star Ruth Wilson, who reprises her role as icy psychopath Alice Morgan.

* The IFC comedy Brockmire, starring Hank Azaria, will return for Season 3 on Wednesday, April 3 at 10 pm.

* A Discovery of Witches, starring Matthew Goode and Teresa Palmer, will have its linear premiere on Sunday, April 7 at 9 pm, following the Season 2 launch of Killing Eve on BBC America and AMC. The drama, which previously was only available on streaming services Sundance Now and Shudder, has already been renewed through Season 3.

* AMC’s Pierce Brosnan Western The Son will conclude with Season 2, which kicks off on Saturday, April 27 at 9 pm.